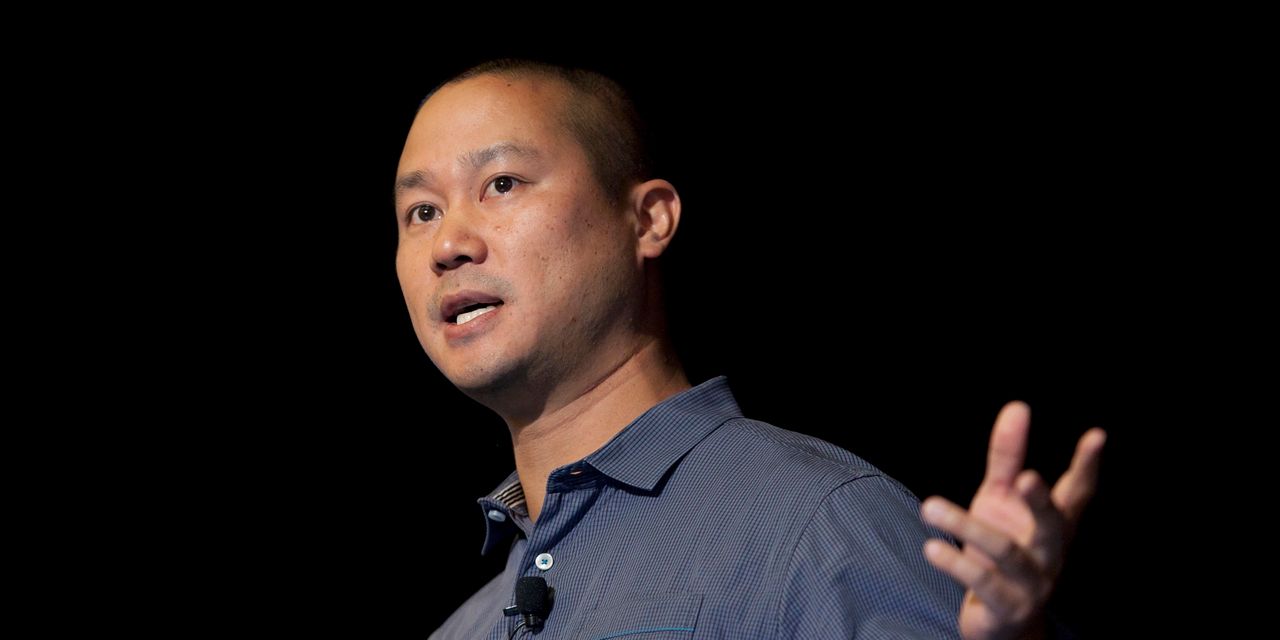 Mr. Hsieh, known for promoting happiness in the workplace and a fun-loving approach to making profits, died without a will at the age of 46. In the last year of his life, amid the Covid-19 pandemic, he struggled with alcohol and drug use and mental-health issues, people close to him have said. He surrounded himself with an entourage of people in his Park City, Utah, mansion, where the walls were covered with thousands of sticky notes detailing everything from life mantras to financial deals.

Now, the problems that contributed to his demise are being invoked in a court battle over his estate. His family, who stand to inherit the estate, and friends are arguing over who had Mr. Hsieh’s best interest at heart, and who was out to use him for his wealth and connections.

A personal, guided tour to the best scoops and stories every day in The Wall Street Journal.

His estate is valued at more than $500 million. Some people are claiming they are owed millions—or tens of millions—of dollars for business dealings with Mr. Hsieh, including real-estate developments and employment contracts. Some have filed sticky notes as evidence for their claims in court.

One of his longtime friends,

is seeking more than $90 million, according to court documents. Tony Lee, a financial adviser to Mr. Hsieh, is seeking $7.5 million and calls Mr. Hsieh’s brother,

an enabler of his brother’s drug and alcohol use, according to court records. The family says some associates, including Ms. Pham and Mr. Lee, took financial advantage of Mr. Hsieh while he was vulnerable, court documents say. Another associate is seeking $30 million for his deal to be a “project manager.”

It could take several years for Mr. Hsieh’s estate to be settled, and it is unusual for high-wealth individuals not to have a financial plan for when they die. The estate dispute is playing out in the Eighth Judicial District Court of Nevada in Las Vegas, where Mr. Hsieh had lived for years before moving to Park City. A judge earlier this year appointed his father,

and one of his two brothers, Andy, to manage the assets while the estate is being settled. The family has filed notices that some of Mr. Hsieh’s real-estate holdings could be sold off.

Tony Hsieh and his longtime friend Mimi Pham attending a party in San Francisco in 2014. Ms. Pham is seeking more than $90 million from his estate.

Mr. Hsieh, known for being generous with his time and money, became wealthy at 24 when he sold his startup, LinkExchange, to

for $265 million in the early internet days. The entrepreneur later invested in the startup online shoe retailer Zappos, when buying shoes online seemed like a novelty, and took over as CEO. Zappos was later acquired by

for $1.2 billion in 2009. He was a local hero to some in the Las Vegas area, where he moved Zappos’s headquarters from San Francisco, bringing a tech company to the casino town. He also invested in downtown Las Vegas with a vision to transform the neglected part of the city.

In Park City, Mr. Hsieh became consumed by drug use, including huffing nitrous oxide, and by delusional thoughts, like believing he had an algorithm for world peace, according to court records. As a recreational drug, nitrous oxide is often inhaled through a dispenser for a short-lived euphoric high.

The entrepreneur died from injuries sustained in a shed fire in New London, Conn., outside the home of a friend and former Zappos employee. He was alone, possibly intoxicated, in the locked shed with candles, a propane heater and other flammables when the fire ignited, according to local investigators who determined there was no criminal involvement in the fire and left open the possibility it was caused by “carelessness or an intentional act by Mr. Hsieh,” according to a report of the investigation.

As the probate and litigation processes go on, a clearer picture of Mr. Hsieh’s assets is coming into view. He had more than $122 million in real estate in Nevada and Utah, as well as more than $400 million in a Morgan Stanley account, according to court documents. A recent inventory submitted to the court by Richard and Andy Hsieh pegged the estate at $523 million, though several of Mr. Hsieh’s companies hadn’t been valued yet. Previous court filings have estimated his wealth at $840 million.

Ms. Pham has sued Richard and Andy Hsieh for breach of contract and contrasted her close relationship with Mr. Hsieh with that of his to his family in court documents. Her attorneys said that Tony Hsieh offered his brother Andy Hsieh a $1 million salary to move to Park City, which is “not an indication of a familial bond.”

Through her companies, she and her boyfriend, Roberto Grande, are claiming they are owed for involvement in Mr. Hsieh’s investment in a documentary-streaming service by the Los Angeles production company XTR, including future profits. A representative for XTR didn’t respond to a request for comment.

Mr. Lee, a former banker who arranged a loan for Zappos that staved off bankruptcy in the company’s early years, has said in his own lawsuit that Andy Hsieh, while trying to enrich himself from his brother’s wealth, supplied him with alcohol and thousands of canisters of nitrous oxide, according to court documents in that case.

Mr. Hsieh’s family said in court filings in response to Ms. Pham’s lawsuit that Ms. Pham, Mr. Grande and Mr. Lee “encouraged Tony to pursue a series of impulsive, poorly planned and/or incoherent investments to transform Park City into a mecca for creatives to think, collaborate, and experience,” and “profited from their insider status and Tony’s vulnerability.” They also said Mr. Hsieh’s bold ideas turned “delusional and very destructive” while he was using drugs.

Some high-profile figures are also being swept up in the dispute. Ms. Pham’s attorneys filed subpoenas addressed to actors

They are also requesting information regarding any investment Mr. Hsieh made in the “Bozo the Clown” documentary by Mr. Arquette. The subpoenas ask for documents that would show any concerns the two actors, both friends of Mr. Hsieh, had about his mental health. Representatives for Mr. Gordon-Levitt and Mr. Arquette didn’t respond to requests for comment. 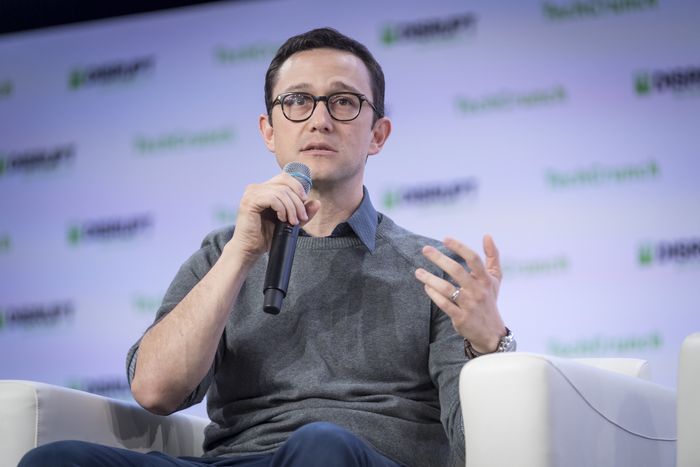 Some high-profile figures, including actor Joseph Gordon-Levitt, are being swept up in the dispute over Tony Hsieh’s estate.

Some of Mr. Hsieh’s big ideas that never came to fruition have led to claims on his estate.

who acted as Mr. Hsieh’s business manager in Park City, filed a claim for more than $8.7 million for consulting on a development of a “magic castle” in the town. Mr. Hsieh envisioned converting a three-story building in downtown Park City into one floor for music acts, another floor for co-working space and another for magic and other performances, according to a person familiar with the project.

filed a claim for $30 million based on an agreement signed on a sticky note about three months before Mr. Hsieh’s death, where Mr. Hsieh agreed to pay him $450,000 a year to move to Park City to be a project manager and stock bars, according to a transcript of their meeting filed with his claim. Mr. Hsieh had hired court reporters to follow him around and record his interactions, The Wall Street Journal has reported.

Mr. Evensvold says Mr. Hsieh also agreed to give him a 20% share in a Las Vegas restaurant business, according to the claim.

Mr. Evensvold filed a copy of the sticky note with what he said were the terms of their deal.

“You’re either living in this world, which has no time, no money in terms of what happens here,” Mr. Hsieh said in their meeting, according to the transcript. “…But for anything that touches time or money or shoes is, like, not my world, so I don’t care.”

—Kirsten Grind contributed to this article.

Write to Katherine Sayre at katherine.sayre@wsj.com