What does Katerra’s demise mean for the contech and modular industries?

When former CEO and co-founder Michael Marks left Katerra in May 2020, the company that aimed to revolutionize the construction industry had reached the beginning of its end.

What followed was a meteoric fall by one of the most promising construction startups of all time. Katerra blew through more than $2 billion of investor money, a majority from Japanese conglomerate SoftBank. Other financial supporters included Soros Fund Management and the Canada Pension Plan Investment Board.

Just 13 months after the company replaced Marks with COO Paal Kibsgaard, Katerra filed for Chapter 11 bankruptcy. At the end of this summer, Katerra sold off its assets in Tracy, California, for $21.25 million and its factory in Spokane, Washington, for $50 million.

Katerra’s journey from unicorn to bankruptcy

“Katerra failed in so many ways, I knew it was never going to work,” said Ken Lowney, president and CEO of Lowney Architecture, an Oakland, California-based company with experience in prefabricated multifamily housing. “The idea of buying your own supply chain is, now we know, a bad idea. Having an ecosystem of small companies working together to supply factories is better than one factory that’s vertically integrated.”

But what happened to Katerra, and does its failure foreshadow doom for other firms in the modular and construction technology space?

The business proposition of Katerra was simple: handle all aspects of the construction process. The company branded itself as the architect, the engineer, the general contractor and the subcontractor of its projects. Its goal was to own construction jobs all the way from property acquisition to architecture, design, construction and management of the building.

Marks, who founded the company in 2015, was a former chief executive of Flextronics, an electronic manufacturing company. His vision included using mass manufacturing to streamline the process of constructing buildings.

Michael Marks, former chief executive of an electronic manufacturing company, founded Katerra in 2015 along with a group of entrepreneurs.

And at first, the company struck gold — it raised more than $200 million in funding between 2015 and 2017. During that span, Katerra reached unicorn status.

It opened a 250,000-square-foot manufacturing facility in Spokane, Washington, in 2017, and started projects in the area, such as a Spokane apartment complex called Pine Valley Branch and River House Senior Apartments in Spokane Valley.

It also had a 200,000-square-foot factory in Phoenix where it manufactured whole walls, including windows, insulation, electrical wiring and plumbing. The Wall Street Journal ran an article in July 2017 with a headline “Why You’d Want to Build a Skyscraper Like an iPhone” about Katerra.

The company’s rise to the top of construction startups occurred at the same time that more funding was being allocated to construction technology and contractor interest in modular construction was increasing.

“I think what Katerra did as a strategy makes intellectual, logical sense — we’ll try to manufacture more away from the site,” said David Brian Ward, a tech entrepreneur and CEO of contech startup Safe Site Check. “So, the site is more assembly than the actual construction of everything which is generally the case these days. Theoretically that makes sense.”

That success caught the attention of SoftBank in 2018. Softbank’s Vision Fund, a nearly $100 billion investment vehicle, led a $865 million round of funding in January 2018.

There was no way for SoftBank CEO Masayoshi Son to know at the time, but in just a few years he would label Katerra as one of his company’s biggest investment failures ever.

“If venture capital is a casino, [Masayoshi Son] is going to be the whale making the biggest bets of all,” said Ward. “And he’s only interested in world-changing ideas and tremendous growth rates, very much driven by a sense of missing out.”

After Softbank’s $865 million infusion of capital, Katerra splurged. The company acquired three organizations that same year, all with the intention of bolstering its vertical integration goal.

It seemed as if the company wanted to do everything, said Ward. Katerra acquired Michael Green Architecture in May 2018, a firm known for promoting and designing wood and mass-timber buildings, then architecture and design firm Lord Aeck Sargent in June 2018 and general contractor Bristlecone Construction Corp. in October 2018.

“They were trying to assemble an entire supply chain from scratch via acquisition,” said Ward. “That never made sense to me.”

At its peak in the first half of 2019, the company would reach a valuation of more than $4 billion.

By the second half of 2019, there were major signs of trouble.

The company faced heightened scrutiny, especially as SoftBank’s other high-flying startup, WeWork, had just gone through its IPO debacle. In just one month, the coworking company removed its CEO Adam Neumann, delayed its IPO indefinitely and saw its valuation slashed from $47 billion to around $10 billion. 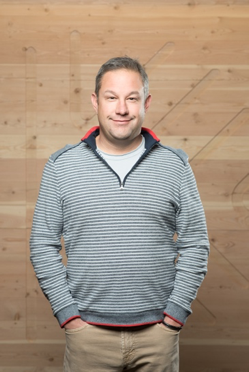 Fritz Wolff, one of Katera’s co-founders, left the company near the end of 2019 amid layoffs and abandoned projects.

Meanwhile, Katerra had laid off more than 100 employees, pulled out of around half a dozen apartment and hotel projects in the U.S. and closed its Phoenix factory.

By November 2019, Fritz Wolff, one of Katerra’s co-founders and board members, quietly left the company amid abandoned projects and layoffs.

But those signs of struggle did not stop Katerra from continuing to expand. In fact, it did the opposite.

Just months before the COVID-19 pandemic forced global lockdowns, Katerra signed a $650 million contract to build 8,000 homes in Saudi Arabia, part of a larger $40 billion agreement with the Saudi Arabian government from October 2018. In addition to its business in Saudi Arabia, Katerra also ventured into India and began building projects there too.

“Katerra tried to boil the ocean. They tried to do everything from root to branch,” said Ward. “The idea that you could acquire companies and merge them together effectively in a short period of time was just naive… They were trying to solve every productivity issue in the building construction supply chain all at once.”

A recovery that never happened

Already struggling, the COVID-19 outbreak ultimately proved to be the last blow for Katerra. The company placed numerous jobs on hold due to challenges from the pandemic, including projects in San Marcos, Texas, Washington state and New Jersey. Its projects in India were halted as well.

In a last ditch effort, another $200 million funding round in May 2020 from SoftBank provided life support, albeit at the cost of Marks’ ouster.

But Katerra’s best days as a company were behind it. Last summer, the company announced additional layoffs of 7% of its workers, mostly U.S. employees. It was the fifth round of cuts made since the fall of 2019.

In March 2021, Greensill Capital, a SoftBank-backed lender, filed for insolvency after losing insurance coverage for its debt repackaging business. A few months later, Katerra filed for Chapter 11 bankruptcy, attributing it, in part, to the economic impacts of the COVID-19 pandemic.

The biggest issue that Katerra never seemed to solve, according to observers, was convincing developers and contractors to move away from their traditional subcontractors.

Developers and contractors have “very sticky relationships with their own engineers, own suppliers and their own construction relationships,” said Peter Lewis, chairman and president of Wharton Equity Partners, a real estate private equity firm that also runs a venture capital firm focused mostly on proptech.

He said this is the main challenge for contech and proptech in general. In other words, when a developer or a contractor is involved with a project of significant capital and risk, they tend to stick with what they know, instead of trying out new technologies or processes.

“It’s not at all like making cars or anything like that; industrial construction is very unlike a car factory because each project is going to be different,” Lowney said. “Most [modular multifamily construction] companies at some point have tried to standardize everything. They say, ‘Look, you want to use our factory, you have to use this one bedroom, this two bedroom, this studio, that’s it.’ But that has never worked, no one ever sticks to it.”

For this reason, contech that shows immediate return on investment is imperative in order to sway users to stay.

“I think Katerra was ahead of its time,” said Lewis. “Usually what happens unfortunately, is that pioneers are oftentimes the losers. Then the other guys come behind it and figure out what they did wrong.”

Success in contech will come down to proving the need for the technology, delivering immediate return on investment and ensuring workers know how to use it on the first try, according to Ward.

“I think the good that will come out from this is learning the lessons from it,” said Ward. “People will learn from that and will come back smarter — either in a part of the vertical supply chain, or a type of building, or a type of construction, horizontal or vertical.”

Despite the billions lost on Katerra, investors are pouring a record amount of money into other construction-related endeavors. Total funding to the construction technology sector so far in 2021 is already more than $2 billion, according to a Construction Dive analysis of Crunchbase data. That is more than a 100% increase from 2020, and may be bolstered by government funding if an infrastructure bill is passed.

“It’s huge. The amount of money that’s going to go into offsite infrastructure over the next number of years, partly because of what’s going to go on with the new bill which will get passed, it’s going to be historic,” said Lewis. “Also, to see the evolution and the invention of new products, new technologies, new materials that are less expensive, longer durability, easier to move — I think we’re going to see a lot more prefabrication in manufacturing facilities.”

Even if its actual impact to date has still been miniscule, others in the industry are taking note of Katerra’s achievements and failures. Investors remain bullish on the future opportunity for modular construction businesses.

Its legacy will continue to loom over the modular construction industry as a promising approach that makes sense to many.

Other contech firms, such as Built Technologies, a construction finance platform, raised $88 million in a new funding round in February 2021. DroneDeploy raised $50 million in Series E financing that same month. Numerous others have raised millions of dollars.

“We need to feel creative, we need to start to explore new material,” said Amit Haller, CEO of Veev. “If we think we are slightly smarter than Katerra about how we are going to automate, transport, or etcetera, we are going to fail. As Einstein said, it’s insanity to repeat the same thing again and expect different results.”

There is a minuscule portion of multifamily buildings created in a factory right now, said Lowney, meaning that there is an enormous potential for growth for that industry.

“We’re moving into a new era now,” said Lewis. “And I expect the next 10 years to be revolutionary as it relates to construction practices.”