‘We’re absolutely not going to stick to the speed limit’: Gumball Rally gets ready to peel out of Toronto after showing off cars 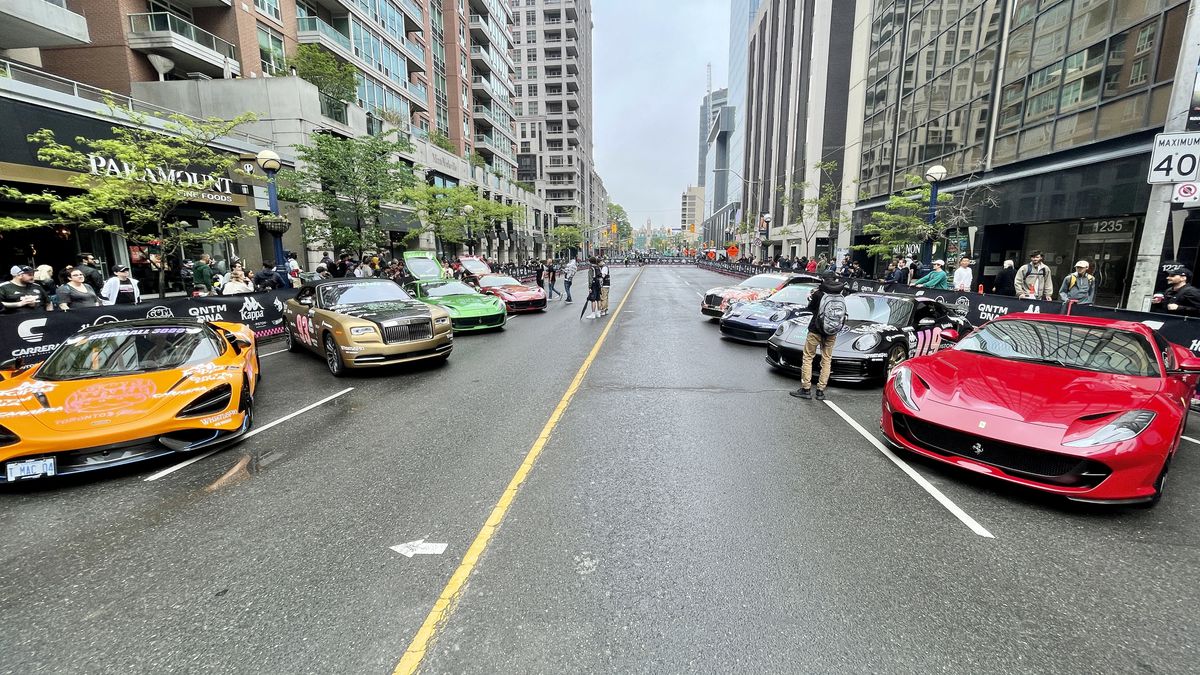 Cars parked on a closed Bay St. in Toronto to be shown off to the public ahead of the Gumball Rally on May 27.Mark Richardson/The Globe and Mail

The cars were being parked on two closed-off blocks of Bay Street in Toronto’s tony Yorkville neighbourhood, but the real action was nearby on the sixth floor of the Four Seasons Hotel. That’s where the drivers were registering, comparing cars’ horsepower, trying on shirts, tasting whisky and getting pumped for the Gumball 3000 Rally.

It’s named after the cheesy 1976 movie about a no-holds-barred race from New York City to Los Angeles. The movie was inspired by the illegal cross-country Cannonball Baker races of the early 1970s and Burt Reynolds starred in a couple of equally cheesy Cannonball Run movies. The original, fictitious Gumball had only one rule: there are no rules.

There are plenty of rules for this week’s Gumball. On Saturday about 100 pricey cars will depart Toronto headed for Detroit en route to their final destination of Miami, which they will reach on Friday. Most of the rules focus on event branding and liability, but rule No. 1 states “the Gumball 3000 rally is not a race or a competition” and “you must drive safely in accordance with all road laws in each country and with proper courtesy.” 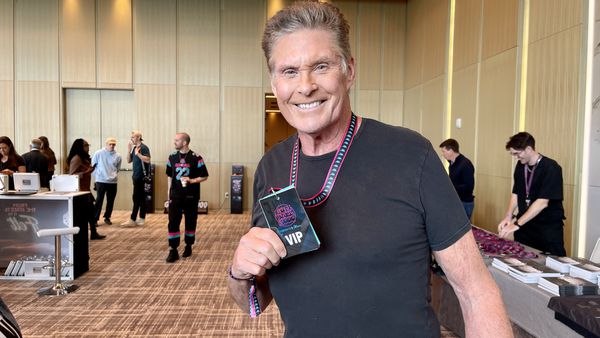 Actor David Hasselhoff at the Gumball Rally registration at the Four Season hotel in Toronto.Mark Richardson/The Globe and Mail

“We’re trying to break the speed record in every leg of the race – that’s our goal,” said TJ Rinomato, a Toronto-based investment manager, driving with his best friend Will Brereton in a 1,000-horsepower Chevrolet Hennessy ZL1 Camaro. “Every mile an hour over the speed limit, we hope to raise a thousand dollars for that.”

Participants are encouraged, but not required to raise money. How much they raise is not related to how fast they drive.

But speeding is illegal. What about the inevitable tickets or potential jail time? 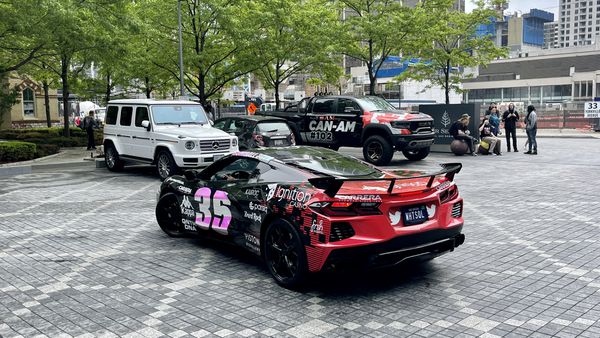 A Chevrolet Corvette Z51 Stingray outside the Four Seasons.Mark Richardson/The Globe and Mail

“We’re bringing enough resources with us, hopefully to be able to cover those tickets,” said Rinomato. “But we are going to personally pay for those tickets and every dollar raised will go back to Gumball and the charity. .”

The charity is the Gumball Foundation, which says on its website that it’s raised more than $4-million for underprivileged youth. Most participants aren’t thinking of the Foundation, however.

“I’m just excited to cruise with a bunch of like-minded people in really cool cars,” said Jeff Lackie, a real-estate investor also from Toronto. “You don’t get to see these cars very often. It’s nice to hang out with a bunch of guys who have the same kind of interests as you.” 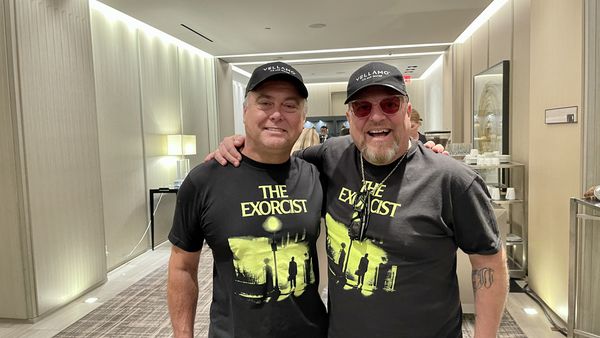 Lackie will share the driving of his new McLaren 765 LT Spider with his friend Tyler MacNamara. It’s his first Gumball 3000 Rally, and as such, his entry fee was higher: Lackie said it cost about $85,000 to participate, which gets him admission to the nightly parties in Detroit, Indianapolis, Nashville, Atlanta and Miami, but he still has to pay for all his own gas.

More experienced participants said their entry fees were closer to about $50,000, but that’s only a portion of the cost, especially if the vehicles need to be flown or trucked to Toronto.

“I flew up to Buffalo,” said Danny Creighton, a Florida real-estate developer driving a Dodge Ram TRX with Canadian co-driver and drag racer David Schroeder. “But the new fuel tank I put in started to have a valve issue. It started to leak fuel, so I had to send my plane down to pick up the guys who custom-made the truck in (Fort) Lauderdale, (Fla.), fly [them] back up, fly back for additional parts, come back up. We spent $50,000 in jet fuel yesterday. Then I drove it into Canada.” 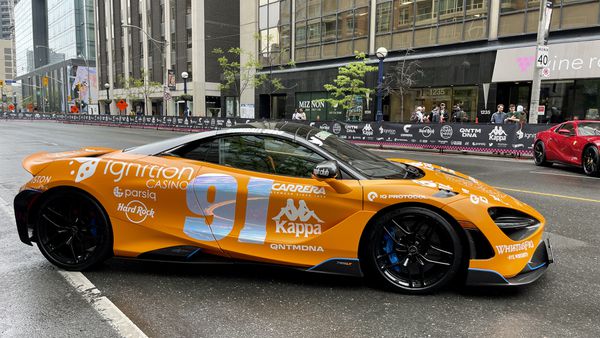 The McLaren 765 LT Jeff Lackie will be driving in the Gumball Rally.Mark Richardson/The Globe and Mail

Creighton’s pickup truck is hardly stock – it has six wheels on three axles and makes 800 horsepower. The new fuel tank is a 378-litre unit, additional to the existing 105-litre tank. “So when all the Ferraris and Lamborghinis are pulling over every 150, 200 miles,” he said, “the Warlord is just going to keep going down the track, cruising at 140 – rrrrrrr!”

Those are American miles an hour he’s talking about, or 225 kilometres an hour. 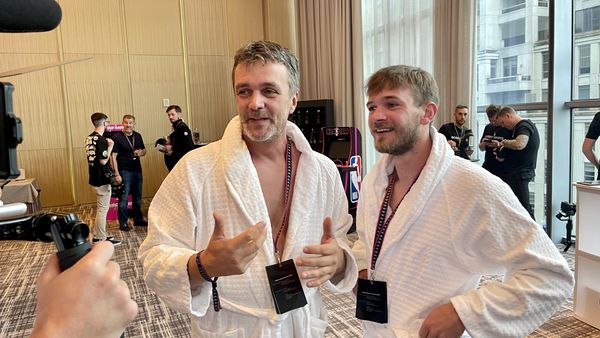 French YouTube influencer Pogforever with his friend and co-driver Seb Fouassier at the Gumball Rally registration.Mark Richardson/The Globe and Mail

“It’s driving with like-minded individuals who are car fanatics and go-fast fanatics,” he said. “Just a lot of successful people here.” 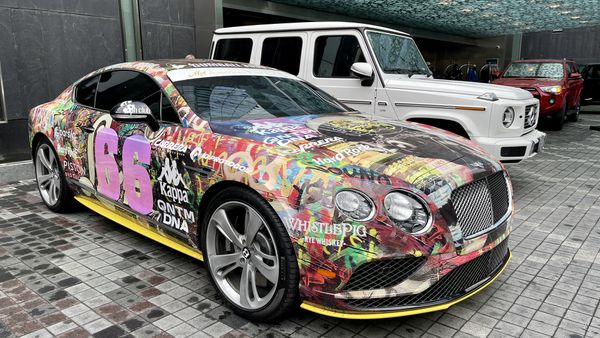 Five years ago, the Gumball was “won” by the Wolfpack team of Canadian driver and online influencer Josh Cartu, who has more than 750,000 Instagram followers. The Spirit of Gumball award is given to the rally team that “truly embodies the character, personality, passion and determination” of the brand. CTV News reported that last spring, Cartu was accused of a “massive fraudulent scheme that defrauded investors of millions.” Cartu did not enter this year’s rally.

The French YouTube influencer Pogforever was wandering the reception in a bathrobe with his friend and co-driver Seb Fouassier. He recently posted a video from the last Gumball 3000 Rally in Europe in 2019, his fourth rally, showing him getting a ticket in Croatia while driving a Koenigsegg at 252 kilometres an hour. He was charming and the cop gave him a ticket for 250 euros and a warning not to exceed 200 next time or he’d go to jail.

“It’s an incredible experience – a human relationship in seven days,” he said. “I got some friends for life from Gumball and I come back for my friends.” 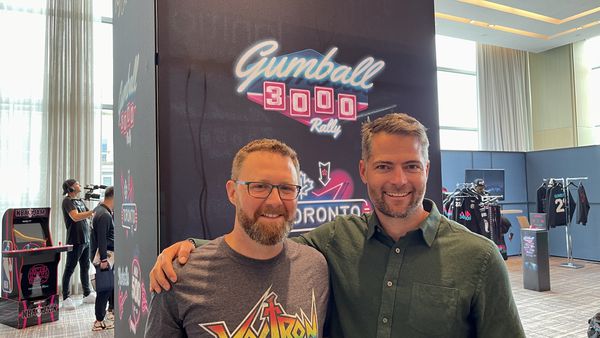 At the registration, all eyes were on the actor David Hasselhoff, of Knight Rider and Baywatch fame, who said he’s probably participated in 15 Gumballs around the world. He’ll be driving a Pontiac Firebird Trans Am as well as a Maserati, with a Cadillac Escalade to carry his luggage.

“I like the Gumball because it’s driving and it’s partying, but I don’t party any more,” said Hasselhoff. “It’s important to have a designated driver that stays sober, and that’s me. I brought two friends with me so they can drive as well.”

And will he be obeying the speed limits? 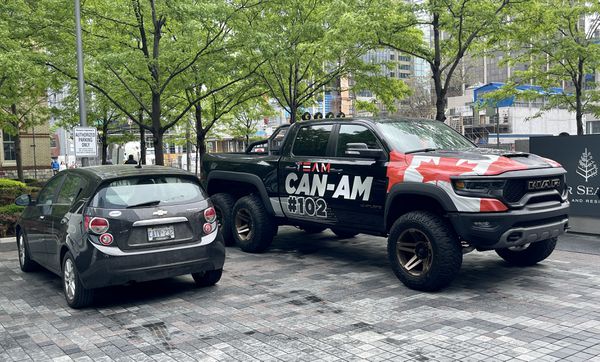 Shopping for a new car? Check out the Globe Drive Build and Price Tool to see the latest discounts, rebates and rates on new cars, trucks and SUVs. Click here to get your price.