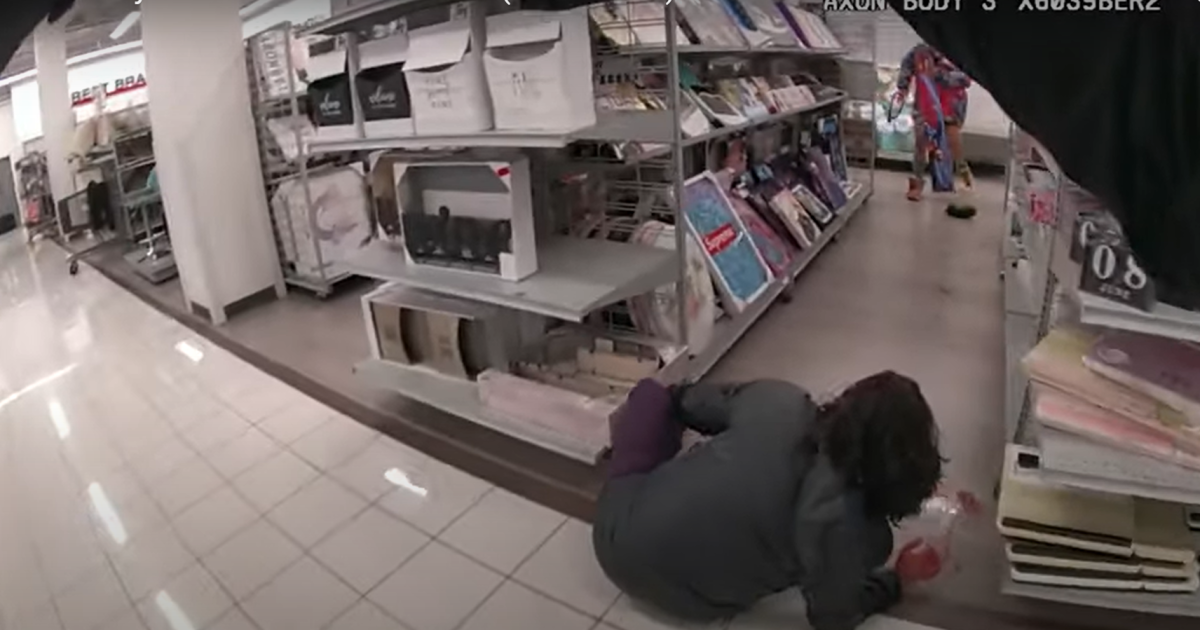 Hello, it’s Tuesday, Dec. 28, and here are the stories you shouldn’t miss today:

Video from the deadly Los Angeles police shooting that killed assault suspect Daniel Elena-Lopez and 14-year-old Valentina Orellana-Peralta at a Burlington store on Thursday shows Elena-Lopez beating a woman with a bike lock before a group of officers finds him and one opens fire with a rifle. Valentina, inside a dressing room, also was struck by one of the officer’s rounds after it bounced off the ground and went through a wall separating the changing area from the shopping floor, police said.

The video provides the clearest picture to date of an incident that has attracted international attention, including in Valentina’s native Chile, where an aunt said the family was devastated. The shooting has drawn widespread condemnation and renewed questions about police tactics in confronting armed individuals in the community.

The number of COVID-19 patients hospitalized in California over the weekend reached levels not seen in months as the rapid spread of the Omicron variant caused major airline interruptions and sent throngs of people to testing sites.

Officials said they expected Omicron’s spread to worsen in the coming weeks, with President Biden promising the federal government will do all it can to assist states facing surges in coronavirus cases. Biden acknowledged those who faced long waits for tests over the holiday and said his administration was seeking to alleviate the issue.

Meanwhile, U.S. health officials cut isolation restrictions for Americans infected with the coronavirus from 10 to five days, and similarly shortened the time that close contacts of infected people needed to quarantine.

Stay up to date on variant developments, case counts and vaccine news with Coronavirus Today.

More rain and snow ahead for the state

A cold, wet holiday season will continue this week with two winter storms hitting Southern California and Northern California, which is grappling with heavy accumulations of snow and rock slides that have closed off the Lake Tahoe area.

The first Southern California storm arrived in the Los Angeles region yesterday, with a second storm expected tonight that could linger into Friday morning. Significant rain, mountain snow and wind gusts are likely, as are localized flooding, debris flows and additional travel delays. The forecast for the end of the week is uncertain, but New Year’s Eve in Los Angeles is expected to be cold and dry.

The woman defending Black lives on the border

On the Texas-Mexico border, Felicia Rangel-Samponaro has emerged as a vigorous defender of immigrants, and that work often forces her to reckon with how race and ethnicity — real and perceived — shape lives on the border, including her own. With caramel skin and curly brown hair that’s often tied back, she can pass as Latina. But she identifies as Black.

Rangel-Samponaro’s background has allowed her to win over skeptics. But being a Black border activist is still challenging. Sometimes, it means getting detained by U.S. Customs, then subjected to a cavity search. Other times, it means confronting Central American migrants cracking racist jokes or correcting people on both sides of the border who assume her white male employee is her boss.

California’s political redistricting was all about defining a ‘community’

Californians who believe objectivity is the only thing that creates fairness in the once-a-decade redrawing of political boundary lines are bound to be disappointed with the maps submitted to state elections officials on Monday. Even when redistricting is removed from the hands of legislators, subjective decisions must still be made.

The state’s independent Citizens Redistricting Commission did so by embracing two far-reaching redistricting rules in the California Constitution. One requires that districts comply with the federal Voting Rights Act, designed to empower voters in communities that have historically been discriminated against. The other puts self-defined groups of Californians, living in “communities of interest,” on equal footing with cities and counties when it comes to drawing the lines.

Sign up for our California Politics newsletter to get the best of The Times’ state politics reporting and the latest action in Sacramento.

If you’re a fan of this newsletter, you’ll love our daily podcast “The Times,” hosted every weekday by columnist Gustavo Arellano, along with reporters from across our newsroom. Go beyond the headlines. Download and listen on our App, subscribe on Apple Podcasts and follow on Spotify.

PHOTO OF THE DAY

A new report details allegations of misconduct at the private Cate School in Carpinteria as far back as the 1960s. The report describes several instances of sexual relations between various teachers and underage students that includes kissing, touching, grooming of students while in school who became sexual partners after graduation, and an allegation of molestation. Most of the instances took place at the elite boarding school.

For centuries, inland Southern California has been immersed in luxuriant spa waters. All of them were known for millennia to Native Americans. In L.A., modern arrivals “took the water” in spanking-new spas. They bobbed and lolled in it, drank it — hot, sometimes sulfurous-smelling water that, as one ad promised, “sparkles and foams like champagne!”

Joan Didion was unequaled at capturing California’s soul, its people and geography. What Didion, who died Thursday at age 87, seemed to possess that many other writers did not was a — to borrow one of her book titles — “Play It as It Lays” honesty. She appeared not to let a personal agenda get in the way of straight-shooter writing, writes columnist George Skelton.

A judge has set a hearing to reconsider a trucker’s 110-year sentence. Judge Bruce Jones scheduled a hearing for Jan. 13 to reconsider Rogel Aguilera-Mederos’ sentence following widespread outrage over the severity of his punishment and an unusual request by prosecutors to revisit the matter.

Young South Africans are learning of Archbishop Desmond Tutu’s activism for equality. Even though they did not know much about him, some said they understood his role as one of the most prominent figures to help their country become a democracy.

Germans of Turkish descent are finding greater acceptance at last. For decades, the prevailing attitude among Germans was one of bigotry toward the millions of Turkish immigrants who kept their factories running, fueled their postwar “economic miracle” and took on the low-paying menial jobs no one else wanted. Now, many scientists, athletes, actors, diplomats, physicians and politicians of Turkish descent are helping to upend decades-old prejudices and discrimination in Germany.

HOLLYWOOD AND THE ARTS

Reese Witherspoon and Matthew McConaughey are mourning Jean-Marc Vallée. The Canadian director, known for his work on acclaimed film and TV projects such as “Big Little Lies,” “Wild” and “Dallas Buyers Club,” died unexpectedly over the weekend at age 58.

Figure out if you’ll love “The Matrix Resurrections.” This “Matrix” is not like the old “Matrix,” and that’s very much by design. At once sequel, reboot, and self-aware critique of the previous films and their legacy, “Resurrections” is sparking starkly divided reactions and cinephile debate.

Adam McKay ended “Don’t Look Up” with a bang. In denying the audience that usual feel-good conclusion, McKay — inspired by dark comedies like “Dr. Strangelove” — hoped to deliver a wake-up call to those who would happily keep hitting the snooze button on climate change.

Mega-mansion “The One” is heading to auction in February — unless Nile Niami’s latest plan succeeds. The developer behind the 105,000-square-foot Bel-Air home has hatched various schemes in an attempt to keep his lenders from selling the place to recoup their losses. Last year, he pitched having the site serve as an event space. Now he wants to create a cryptocurrency that would be backed by the home. It would be called “The One Coin.”

Holiday sales rose 8.5% despite supply chain issues and the Omicron variant. Overall, analysts had expected a strong holiday season, fueled by early shopping that started in October in anticipation of a product shortage. Consumers were also determined to celebrate the holidays after a muted one a year ago.

CEOs are worried about losing their jobs in 2022. One theory: Leaders who were relieved to survive 2020 with their businesses intact discovered in 2021 that, instead of pressures ebbing, they were mired in a continuing pandemic even as shareholders demanded growth.

Russell Westbrook’s dilemma: Being himself is not helping the Lakers. Westbrook wants to be, and is proficient at, impacting a game in many ways. He scores, he passes, he rebounds, and he hustles. But his flaws also are having an effect.

The Chargers added three defensive backs to the COVID-19 reserve list. The team now has 19 players out — 15 on the active roster and four on the practice squad — because of the virus. The 8-7 Chargers are scheduled to play Denver on Sunday at SoFi Stadium in a game they likely must win to remain in contention for the postseason.

Get our free daily crossword puzzle, sudoku, word search and arcade games in our new game center at latimes.com/games.

Fewer kids read for fun anymore. They’re losing out on more than great stories. Some contributors to this dismaying trend seem obvious: social media and other digital activities. But some librarians and students point to other reasons as well: increased required school reading, heavier homework loads and an ever-busier menu of structured activities.

From Clayton Kershaw’s living room to Tokyo 7-Elevens, Times Sports’ favorite 2021 stories. Our staff, unleashed after the surreal pandemic-necessitated isolation of 2020, traveled the world in 2021, mining stories that took them everywhere. Here are some of their top picks for the year. How do they find peace? The Times asked artists with ties to Los Angeles and the rest of the Golden State to interpret where and how they found peace. The 15 creatives responded in their own styles — highlighting family, womanhood, hometowns and partners.

“I am an industrial designer and illustrator based in San Francisco,” writes Felicia Chiao, who created the work above. “I find my peace most easily through drawing. Put on some good music, make a good drink, and I’m off in my own world!” Five years ago today, Debbie Reynolds died. Her death came one day after the death of her daughter, actress Carrie Fisher. As The Times’ obituary noted: Reynolds enjoyed the heights of show business success and endured the depths of personal tragedy. She lighted up the screen in “Singin’ in the Rain” and other Hollywood classics. In the 1965 photo above, she adds her handprints at TCL Chinese Theatre — then known as Grauman’s — in Hollywood.

We appreciate that you took the time to read Today’s Headlines! Comments or ideas? Feel free to drop us a note at headlines@latimes.com. — Elvia Limón and Amy Hubbard