After a year of record-breaking climate disasters and a grim prognosis from the world’s top experts who warn the planet has already sustained “irreversible” harm, a movement is gaining momentum to force change. As the UN secretary general declared in August, the urgent need to curb carbon emissions marks a “death knell” for the fossil fuel industry.

For decades, Americans were told that standing up to powerful oil and gas companies wasn’t possible. But the reality is that everyday people are making a difference in the fight to cut emissions. These grassroots victories also show that the people who have been made most vulnerable by fossil fuel extraction, including Black and brown communities, already have solutions on hand.

Here’s a roundup of their accomplishments over the last year.

After a nine-year, highly-contentious organizing battle, students with Fossil Fuel Divest Harvard succeeded in pushing the university to divest all of its $42bn endowment – the largest in the world – from fossil fuel-related companies.

Other universities like Boston University (BU) and Wellesley University divested from fossil fuels this year as well. Wellesley’s achievement comes after almost a decade of student activism from campus groups called Renew Wellesley and Fossil Free Wellesley. The university agreed to end fossil fuel investments in the next two decades.

For BU, the shift is significant. When the student-run group DivestBU first launched eight years ago, university president Robert Brown argued divestment wasn’t feasible. But after a “long journey,” Brown acknowledged in September that activists successfully swayed the board of trustees to divest and put the university “on the right side of history.”

Meanwhile, Boston mayor Michelle Wu signed an ordinance in late November phasing out the city’s investments in fossil fuel, tobacco, and prison industries, to be achieved by 2025.

Why it matters: “It’s a really clear testament to the power of persistence and of young people organizing,” says Ilana Cohen, a junior at Harvard and organizer with Fossil Free Divest Harvard. “The way that we won divestment was by making it fundamentally unaffordable for the university to maintain its intransigent and fundamentally unfounded, as well as immoral stance on the issue.”

Marquee victory: A majority-Black neighborhood in Memphis, Tennessee, fought off the construction of the 49-mile Byhalia Connection underground pipeline that was slated for approval in mid-2021. 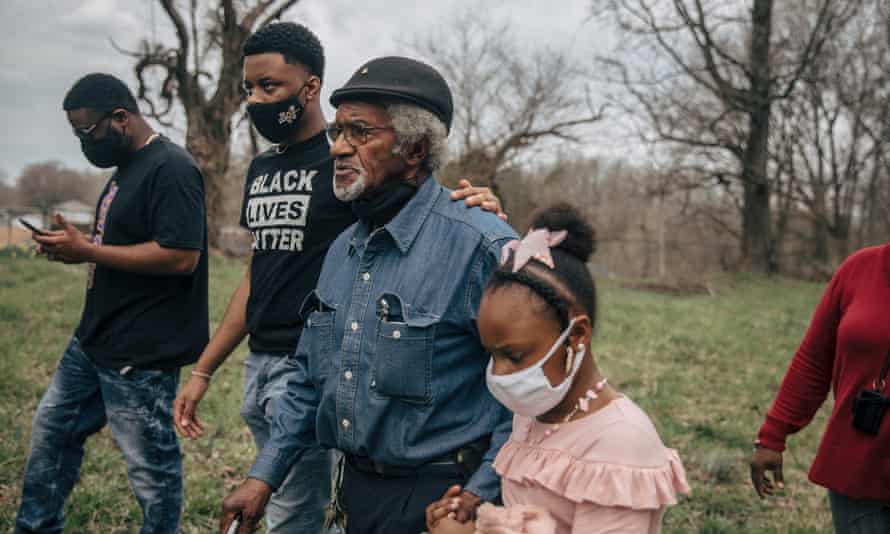 Clyde Robinson walks with his grandkids on his land in south-west Memphis. Robinson is one of the landowners being sued for property rights of their land by the Byhalia Connection pipeline project. Photograph: Andrea Morales/MLK50: Justice Through Journalism

Residents had petitioned local, state and federal officials to reject the permit after representatives for the pipeline company said construction through the historically Black neighborhood of Boxtown represented the “path of least resistance”. The company later pulled its permit request for the project, citing low oil production caused by the pandemic.

In the north-east, the multi-state environmental organization known as the Delaware River Basin Commission formalized a moratorium on new drilling permits, an action that local environmentalists hailed as “historic”. The new fracking ban covers the near 14,000 sq miles of the river’s basin.

Meanwhile, the board of supervisors for Los Angeles county voted unanimously in September to scrap new and existing oil and gas drilling projects. The new rule is slated to impact Inglewood Oil Field, the largest urban oil field in the country, which is surrounded by many majority-Black neighborhoods. In April, a pipeline in the oil field spilled 1,600 gallons of oil just a few hundred feet from the nearest playground.

“There are tens of thousands of people who live in very close proximity to oil wells, 73% of whom are people of color,” Supervisor Holly J Mitchell, who authored the motion, told the Associated Press ahead of the vote. “So, for me, it really is an equity issue.”

Why it matters: Justin J Pearson, one of the organizers with the Memphis pipeline campaign, says their victory shows the power of the people still holds sway.

“When the voices of those who’ve been most excluded and marginalized become the leading voices for change in championing the cause of environmental justice, everyone benefits,” he said. “In Memphis, we stopped a pipeline, but we really catalyzed a movement for justice and change.” 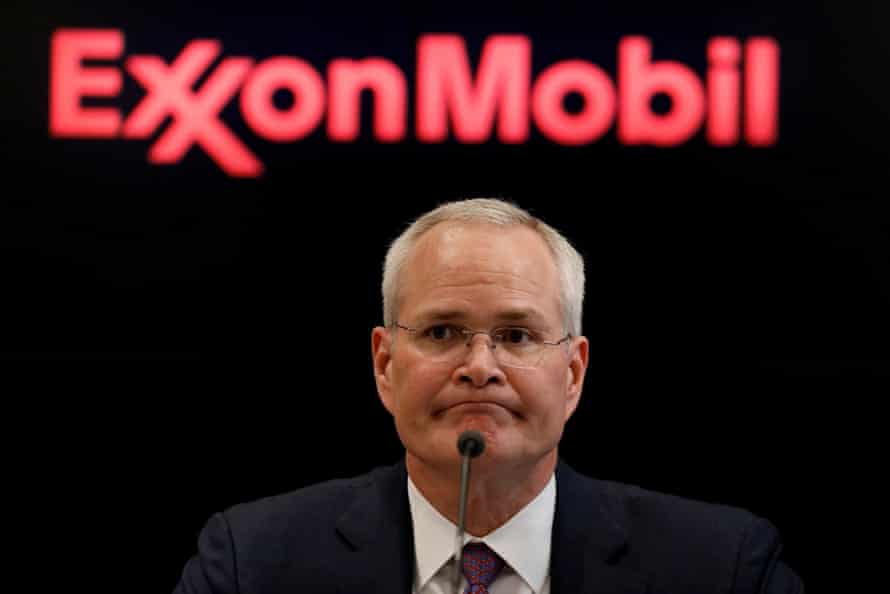 The activist hedge fund Engine No 1 staged an upset victory in electing three new directors to Exxon’s board after disgruntled investors hoped to push the oil giant toward a greener future.

Meanwhile, Chevron faced opposition from the Dutch activist campaign group Follow This, which led a shareholder revolt in voting to force the company to implement tougher emissions targets.

Why it matters: Mark van Baal, who founded Follow This, said the shareholder rebellions mark a “paradigm shift” for investors and a “victory in the fight against climate change”.

Marquee victory: The Passamaquoddy Tribe reacquired 150 acres of land that was stolen in the late 19th century by settler-colonists. 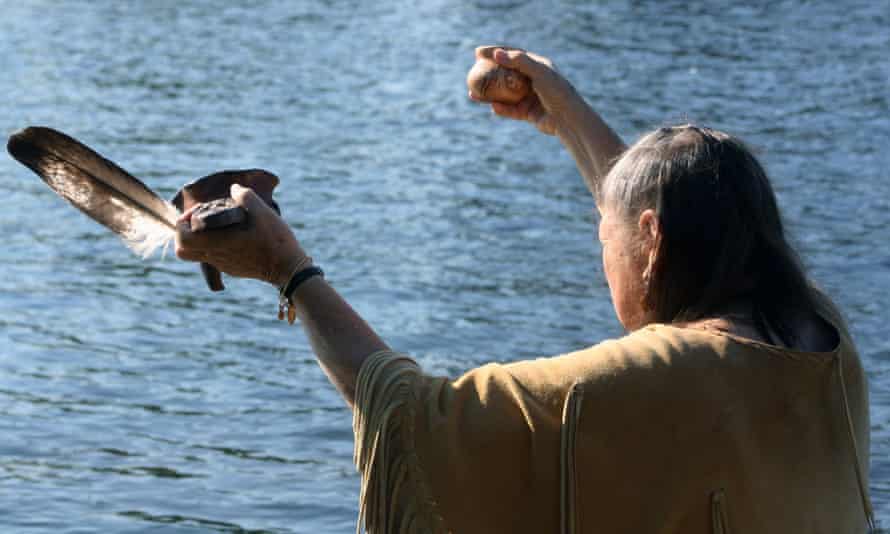 Joan Dana blesses the water and islands. Photograph: The Guardian

The Passamaquoddy lands, which cover an island in rural eastern Maine, were slated for real estate development and timber production. But instead, the Maine chapter of The Nature Conservancy, a global environmental organization based in the US, provided the tribal government with the funds to purchase the land.

And in Minnesota, the state returned 120 acres of land to the Lower Sioux Indian Community. The US had broken the Mendota Treaty of 1851, shared with the Mdewakanton and Wahpekute bands of Dakota, by settling the newly repatriated land. In response, the tribes pushed the federal government to uphold its end of the agreement. This led to the Dakota War of 1862, in which the US executed 38 Dakota men – the largest mass hanging in US history.

Why it matters: The move is a milestone in US governing bodies acknowledging past wrongs and how these atrocities contribute to the current day.

“They should let the Lower Sioux have the entire site,” said Lower Sioux citizen Pamela Halverson, who used to be the tribe’s historic preservation officer. “I would like to see a complete release of all the land.”

Marquee victory: A Dutch court ruled that Shell was legally obligated to reduce its emissions by nearly half within this decade. 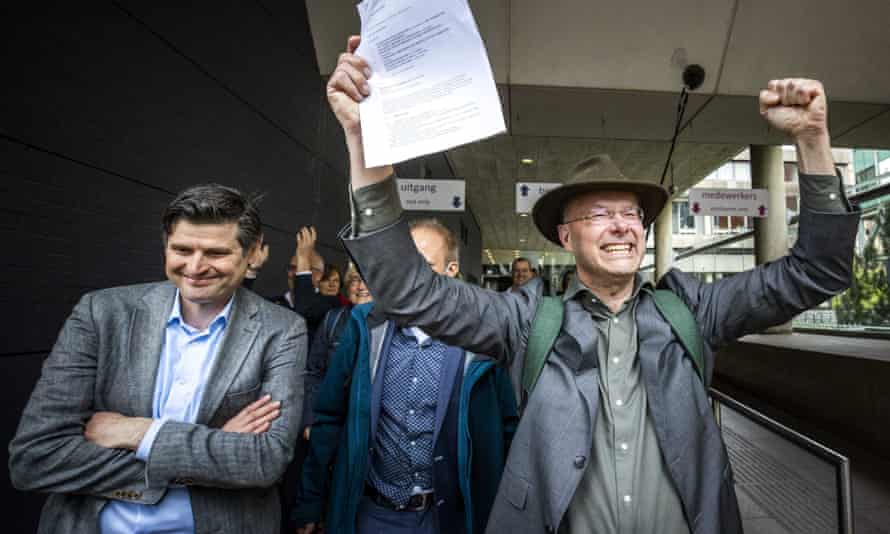 A Dutch court handed down a landmark decision in May to force Royal Dutch Shell, one of the top 10 polluters in the world, to cut emissions by 45% before 2030. Though the court didn’t find the company had broken any laws, it said Shell had endangered human lives, violating the country’s civil codes.

Another 2021 courtroom victory came for the 16 young plaintiffs in Held v State of Montana, a suit alleging that Montana contributed to the climate crisis and violated their constitutional rights.

It is the first case of its kind to make it to trial, which could set a precedent for similar lawsuits that seek to hold the government accountable for climate change. The young people, now ranging in age from four to 20, first filed the case in March 2020 and are asking that the state implement a plan to reduce emissions.

Why it matters: “At this political stage where our governments, both federally and in Montana, are determined to continue to rely on fossil fuels, we turn to our courts to protect [our] constitutional rights,” says Grace Gibson-Snyder, 18, and one of the youth plaintiffs. “We have this opportunity to present the whole story of the government causing climate change.”