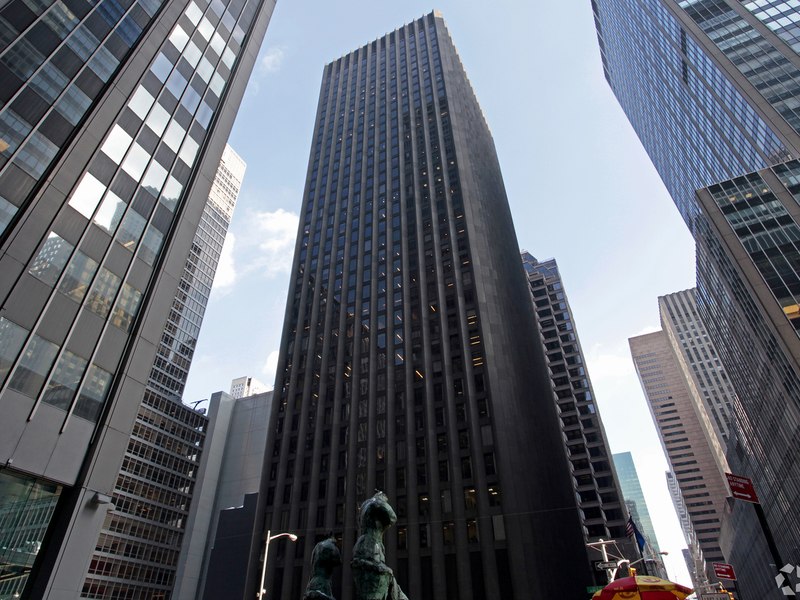 Rockpoint Group and Brooksville Partners took full control of the site, also known as Starrett City, from Belveron in September in a deal valuing the massive apartment complex at $1.8 billion. Located in East New York, Brooklyn, it is the largest federally subsidized housing development in the country, with 5,881 residential units across 46 towers, plus a power plant, a shopping center and a post office.

At just over $1 billion, the sale of Hudson Commons, at ​​441 Ninth Ave., was the largest investment sale in the city since 2019. Cove Property Group and the Baupost Group sold the building to Los Angeles-based CommonWealth Partners.

The building used to be a storage warehouse until it was converted to an 8-story office building by Harry Macklowe in the 1980s. Cove and Baupost purchased the site in 2017 for $330 million and transformed it into a 17-story, modern Class A office building with hotel amenities such as a signature scent, a concierge and common areas.

In December Germany-based real estate firm Commerz Real closed on 100 Pearl St., a nearly 968,000-square-foot Financial District office building, for $850 million. It bought the property from GFP Real Estate and Northwind Group, who had recently completed a $250 million modernization of the site.

The longtime headquarters of CBS News, dubbed Black Rock, was sold by ViacomCBS to Harbor Group International in August for $760 million. The deal includes an agreement for CBS to lease back the space, at 51 W. 52nd St., on a short-term basis.

Just over a year after buying Silvercup Studios in Long Island City for $500 million, Hackman Capital Partners and Square Mile Capital Management snapped up Kaufman Astoria Studios, also in Queens, for $600 million. The studio was the original home of Paramount Pictures and includes 11 soundstages.

Evergreen Gardens I and II

Atlas Capital Group purchased 123 Melrose St. and 54 Knoll St. in Bushwick for $506 million from Yoel Goldman in December. The apartment buildings include 828 units. The properties are also known as the Denizen and as Evergreen Gardens I and II. Goldman founded All Year Management in 2007, but the company has faced serious financial problems and filed for Chapter 11 bankruptcy protection in December shortly after the Bushwick sale closed.

Brookfield Asset Management purchased the remaining stake in Waterside Plaza, a Kips Bay apartment complex, from former state Lt. Gov. Richard Ravitch and UBS for about $437 million in October. The deal valued the overall property, which includes almost 1,500 apartments, 711 parking spots and about 54,000 square feet of retail space, at $582 million.

A joint venture of David Werner Real Estate and Alexandria closed on the purchase of the Pfizer building, at 235 E. 42nd St. in Midtown, for about $407 million at the end of July. The firms bought the roughly 820,000-square-foot office property from ABS Partners Real Estate.

Vornado purchased Canada Pension Plan Investment Board’s 45% stake in the office building at 1 Park Ave. in Kips Bay for about $394 million in August. The deal gave Vornado complete ownership of the property and valued it at $875 million.

SL Green sold a 49% stake in the Daily News Building to a real estate investment fund managed by Meritz Financial Group for roughly $387 million in July. The deal brought the total value of the building to $790 million and came in the wake of the Chetrit Group bailing on a prior deal to purchase the building for $814 million. SL Green retained its 51% stake in the building and will keep overseeing management and leasing at the property.