When Fin DAC gave up his day job to focus on creating enormous murals in city streets all over the world, his primary fear was not so much failing as falling.

“I’ve learned to control my fear of heights. I’ve removed the irrational part of that fear, but it doesn’t mean my knees don’t turn to jelly when I’m climbing over the edge of a building that has a 200ft drop,” said the Irish-born artist.

In the nine years since he quit at the age of 45 as a designer for digital advertising agencies, Fin DAC has become one of the world’s best-known street artists, painting giant murals in Paris, Berlin, Milan, Tokyo, Sydney, Los Angeles and other big cities. He is also one of the most collectible living artists, whose customers include the actors Idris Elba and Gemma Arterton, and the musician Goldie.

A creation for the Raw Project in Miami, 2018. Photograph: Fin DAC

This month his work will feature in his first solo exhibition in the UK. The London show will include his first sculptures, more than two dozen new pieces and a studio-produced rendition of his giant mural of the Mexican artist Frida Kahlo in Guadalajara. The only previous time he has exhibited was in 2015 in Venice Beach, California.

The Covid pandemic forced Fin DAC into a studio. “Previously I was on a hamster wheel of travelling and trying to churn out as much work as I possibly could. I wasn’t giving myself enough time in the studio to take my work further. So most of the work for the show goes down new avenues.”

His limited-edition prints quickly sell out: Midaro, a collaboration with the photographer Mick Rock, sold more than 200 prints in 20 minutes to buyers in 36 countries. The income helps fund his usually self-financed public art. “I need to pay for the planes and trains and hotels and paint and scaffolding and lifts.”

Street art has been on the rise for the past decade, “predominantly because of Banksy – the rest of us are on his coattails”. Having left the world of digital advertising, in which “you’re basically forcing shit down people’s throats, brainwashing people into believing they want or need something”, Fin DAC has embraced the idea of art available to all. “I’m not painting the wall in order for anyone to buy my work, I’m painting it to beautify the urban landscape. There’s no big sell.” 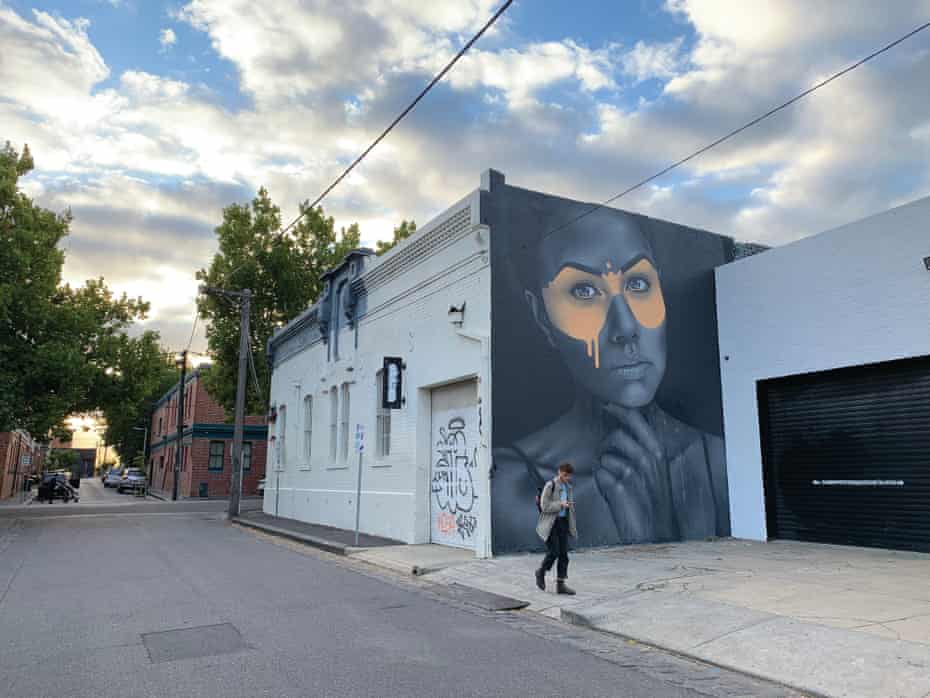 He is best known for painting Asian or Eurasian female portraits with a mask across their eyes. “There is a distinctive gaze: a defiant, empowered look about them. They are not objectified or sexualised, and that’s a different narrative to what we’re used to in female portraiture.

“And the reason why I started painting Asian women in particular was because of all the ethnicities, they seemed to be the ones with the least positive depictions, especially in the west.”

In 2019, Fin DAC was commissioned to paint Kahlo on a 200ft wall in Guadalajara, Mexico. “I said, if I don’t imbue her with the identity of my own work, then it makes no sense for me to do it.” He is the only artist to be given permission by the Frida Kahlo Foundation to alter her image by adding a mask.

The mural, which took 11 days to paint, is his biggest yet. “Once you get over the fear of the scale, it’s actually far easier to paint big murals. No one is going to get close to the wall; they’re not necessarily going to see minor mistakes that you might make on canvas. They see it as a spectacle from afar.” 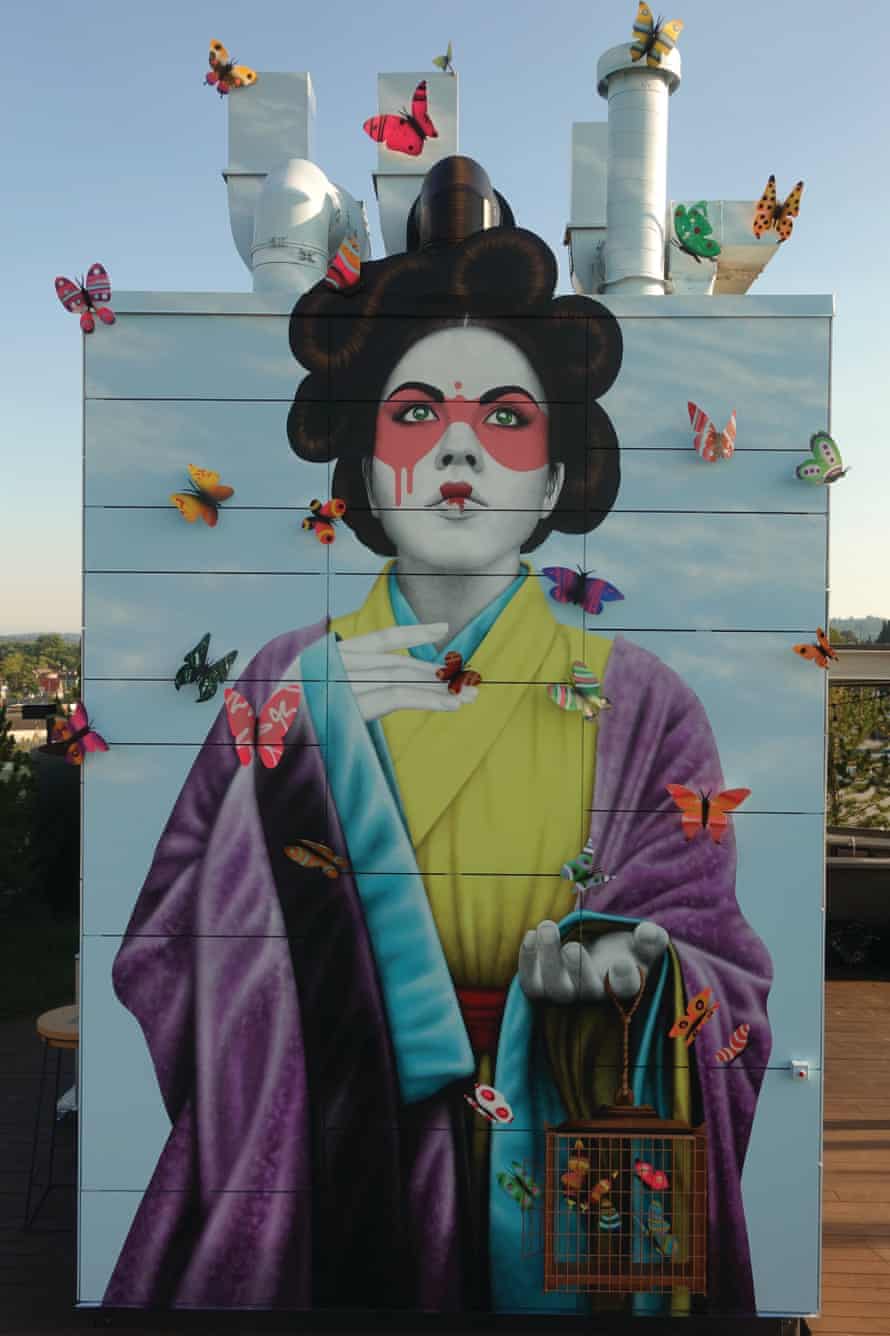 Fin DAC is self-taught. At school in Cork, “I was really only interested in two things: art and technical drawing. Unfortunately it was a school that didn’t have an art curriculum.”

He became a technical draughtsman on engineering projects before becoming a digital designer. But “something was pushing me” to devote himself to art.

“I had talked myself out of becoming an artist when I was younger because I didn’t believe that being able to paint a beautiful picture was enough to make you financially viable.

“The success of what I do has proved to me that all that stuff I told myself when I was younger was bullshit. I told myself I wasn’t good enough. Artistic fear paralyses an awful lot of us.”