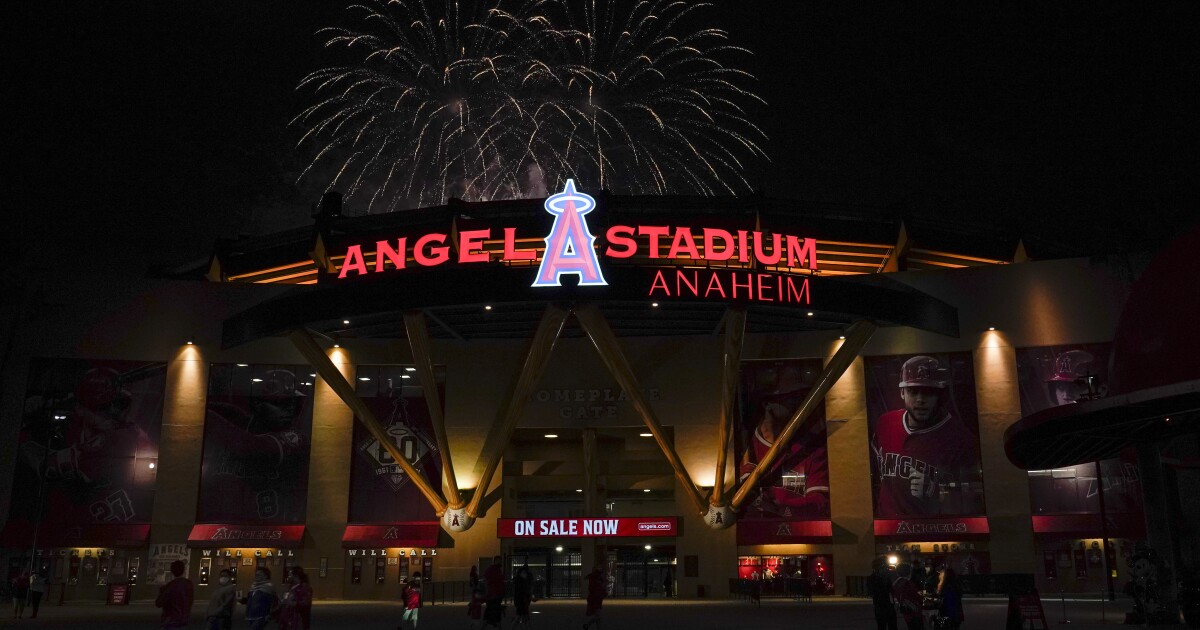 For the better part of a year, the city of Anaheim has tried to persuade the state housing agency that the Angel Stadium land sale complies with California affordable housing law.

On Wednesday, the state is expected to tell the city the deal violates the law.

The California Department of Housing and Community Development is expected to transmit to the city what two sources called a “sternly worded” letter of violation, which would provide options for the city to alter the deal in order to satisfy the law.

The development does not kill the project. However, the city could have to decide whether it could afford whatever additional costs might be required or Angels owner Arte Moreno could have to decide whether to increase his investment to resolve a dispute concerning a law the city promised it had followed. Moreno’s development company has agreed to pay $150 million in cash for the 150-acre site.

In a statement Tuesday night, the city said the state had declined a proposal to increase the affordable housing associated with the Angel Stadium project.

The current development calls for a minimum of 466 units of affordable housing, with a target of 777 at completion of the project. The city said it had worked with Moreno’s company to offer an additional 518 affordable homes — elsewhere in Anaheim but built up to 15 years sooner than might have been possible on the Angel Stadium site.

The city said the total number of affordable housing units — on and off site, combined — would have hit a 25% state target.

“We are surprised, disappointed and frustrated with the state’s current stance,” city spokesman Mike Lyster said in a statement.

Lyster did not return messages seeking comment beyond the statement. Marie Garvey, the spokeswoman for Moreno’s development company, said the company would have no comment until after reviewing the letter.

In 2019, the city agreed to sell the property so that Moreno’s company could turn the parking lots surrounding the stadium into a neighborhood of homes, shops, hotels and offices. Under the deal, the Angels would play in Anaheim through at least 2050, with Moreno’s company building that neighborhood around a new or renovated stadium.

In April, the state housing agency warned the city it might have violated state law regarding surplus land by not making the land available first to affordable housing developers.

The property could have been worth as much as $500 million on the open market, according to a city-commissioned appraisal, with the stadium demolished and the land vacant. The City Council prioritized keeping the Angels over an open bidding process, and in so doing reinstated a lease that allowed the Angels to control development on the property through 2038.

That, the city argued, would have made the land unattractive to other developers, including affordable housing developers. Nonetheless, the Orange County Register reported Tuesday night that one of the options the state agency will propose would be to reopen the bidding on the site to see if affordable housing developers are interested. The city of San Diego did just that when the state warned that a proposed development on the site of a sports arena might violate the law.

State housing agency representatives did not return messages from the Los Angeles Times. The city said it hoped to continue discussions with the agency.

With the stadium in place and the Angels holding veto power over certain uses of the property, according to the appraisal, $320 million represented a reasonable market value. The city discounted the cash price to $150 million to secure the affordable housing, plus parkland within the development.

If the project proceeds without the blessing of the state housing agency, the city can be fined as much as $96 million — that is, 30% of the $320-million sale price.

The deal has not closed, so the viability of the project could hinge on a settlement satisfactory to the state, the city and Moreno.

The city of Anaheim also has been sued over the Angel Stadium deal by a community group, which seeks to nullify the deal on the grounds the city failed to comply with public transparency laws during negotiations. The trial date has been postponed on multiple occasions and now is scheduled to start Feb. 14 in Orange County Superior Court.