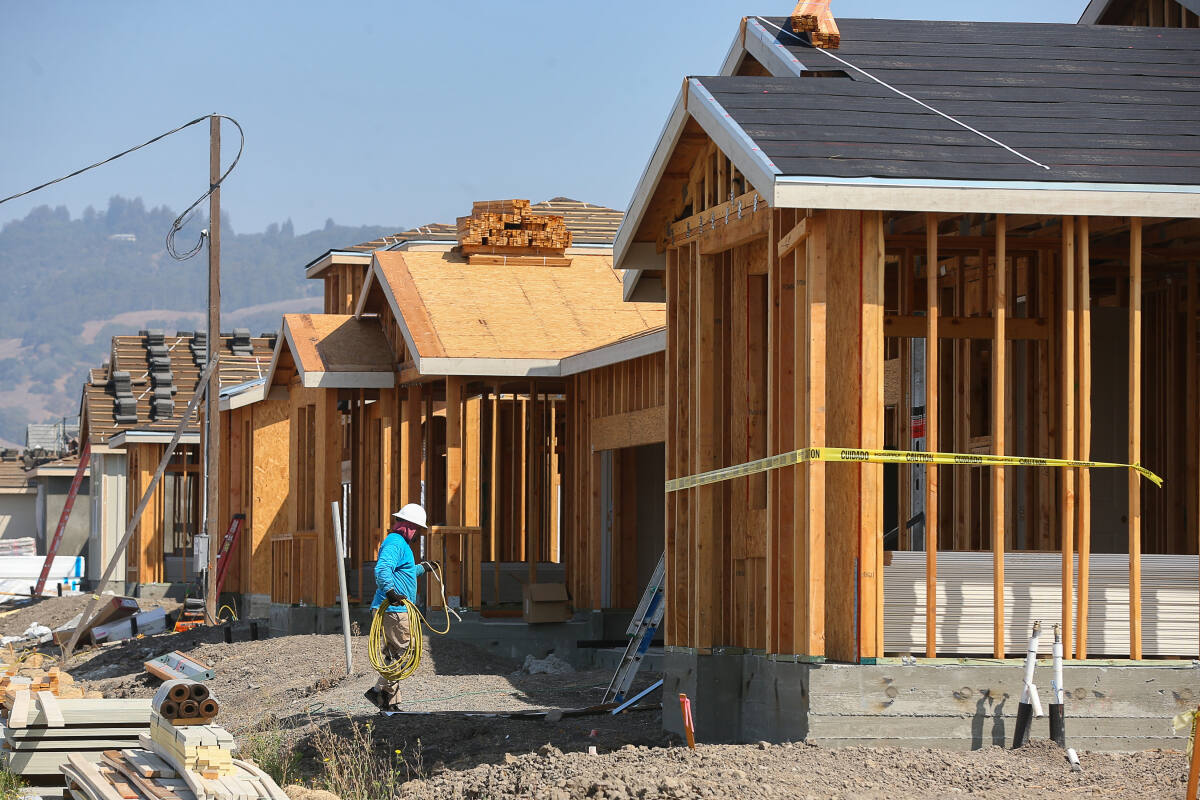 The laws, which Newsom signed Thursday and which go into effect Jan. 1, will roll back some local control over city and county zoning ordinances and encourage more dense housing in urban and suburban areas. Such land-use laws give local governments broad control over the scale and location of different kinds of developments.

The goal is to make it easier to build more “naturally affordable” modest single-family homes, duplexes and downsized apartment buildings throughout the state.

Newsom signed the legislation over the objection of many local cities and neighborhood groups. They argued the bills serve only the interests of developers, while damaging the character of local neighborhoods and having a detrimental impact on the environment.

Sonoma County Supervisor David Rabbitt, an architect, acknowledged those concerns but sees the new laws as a positive step forward.

“The problem is that we’re in a housing crisis and Sacramento is seeing not enough action to move things forward, and this is a result of that,” Rabbitt said.

One of the bills, known as S.B. 9, takes aim at areas zoned only for single-family homes. The restrictive zoning has been described by housing advocates as contributing to racial segregation locally and across the country because it has long priced disadvantaged populations out of many suburban areas.

To boost denser development in those neighborhoods, the bill permits most homeowners to split their property in half and build or convert up to two homes on each of the lots, if space allows. That means permitting as many as four homes in areas that currently only allow one.

Property owners will be free to rent or sell homes or duplexes on either lot created in the split. To prevent speculation by investors, homeowners are required to live on the property for three years once they get approval to divide a lot.

The law also streamlines approvals for new construction on the lots, while leaving local governments in control over many height, scale and design standards. Homeowners in designated historic districts or “environmentally sensitive” areas including fire hazard zones, however, may not eligible under the measure.

Rabbitt said he’s already noticed more duplexes cropping up in Sonoma County, in part because they’re more financially viable for developers as construction costs rise. With the median price of single-family homes reaching a record $825,000 in June, smaller multi-family housing may be the only option for many younger buyers, he said, including his own adult children.

“If I don’t give them a down payment for a house, it won’t be Sonoma County,” Rabbitt said.

Santa Rosa Mayor Chris Rogers said he hopes the new law will free up homeowners to tap the equity of their properties through redevelopment.

“The ability to build generational wealth and give folks a path out of poverty, this bill is aimed at having some opportunity to do that,” Rogers said. “I’m curious to see how many folks take advantage of that.”

Despite those potential benefits, more than 240 California cities signed a petition asking Newsom to veto the measure. No Sonoma County cities joined that effort.

The other housing bill, S.B. 10, gives local governments the option to bypass much of the lengthy approval process for projects of up to 10 units in urban districts and “transit-rich” neighborhoods. That includes areas near the North Bay’s SMART commuter line, which local officials have long eyed for more housing.

The law also allows local officials to shield planned projects from legal challenges stemming from environmental reviews, which developers claim have become cudgels for neighbors who oppose any new development in their communities.

Rogers, a staunch advocate for housing growth, said he expects his city to consider opting in to S.B. 10 next year, adding it is already approving dense apartment complexes in its downtown core.

“We’ve been really able to break out of the NIMBY gridlock, not every jurisdiction has,” he said, referring to an acronym for “not in my backyard.”

Permit Sonoma, the main land-use authority for unincorporated parts of the county, is reviewing how both measures could impact local communities.

State Sen. Mike McGuire, D-Healdsburg, voted for both bills and was a co-author of the single-family zoning measure. He sees the measures as an extension of the state’s ongoing efforts to build more homes, including $3 billion the state plans to invest over the next two years on affordable housing.

“The State is taking action to help tackle our workforce housing shortage, one of the biggest challenges facing our communities,” McGuire said in a statement. “Thousands of Californians will now be able to become a first time home buyer or secure an affordable rental based off the passage of these bills.”

You can reach Staff Writer Ethan Varian at ethan.varian@pressdemocrat.com or 707-521-5412. On Twitter @ethanvarian.