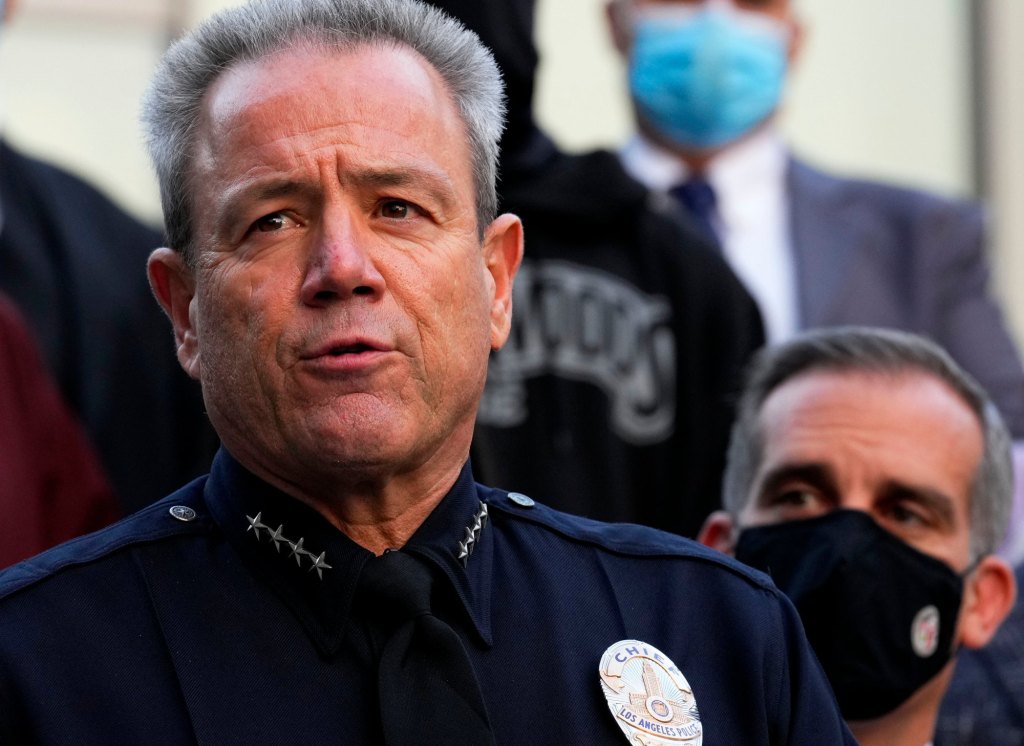 As if recovering from the mammoth jolt of the COVID-19 pandemic wasn’t tough enough, the holidays for retailers have been further complicated by a wave of violent smash-and-grab robberies.

The crimes have alarmed retailers and consumers during the peak shopping season and sent law enforcement and elected officials for solutions and the money to fund them.

Over Thanksgiving weekend, 20 people swarmed a Nordstrom store at The Grove shopping center, using a sledgehammer to smash the store’s window and stealing thousands of dollars in goods. Days later, a group of thieves broke into Westfield Topanga mall’s Nordstrom in Canoga Park, assaulting a security guard and fleeing with $25,000-worth of merchandise.

Two men smashed display cases and fled with products from a T-Mobile outlet in the 1200 block of North Lake Avenue in Pasadena on Monday night, Dec. 13, police said. (Image courtesy of Google Maps)

In one stunning robbery at a Home Depot in Lakewood last month, a group of at least eight young men bolted into the store to grabs tools, including hammers, crowbars, wrenches and sledgehammers, according to the Los Angeles County Sheriff’s Department — items that could be used, officials said, to launch more smash-and-grab crimes.

Multiple similar incidents have been reported, scattered around the region, since those high-profile crimes made headlines.

Violent robberies, business experts say, take a toll on small businesses that looked forward to the holiday shopping season to recover some of their losses after a disastrous year following lockdowns, labor shortages and supply chain crisis.

“They were not getting all of their product on the shelves and now they do get the product on a shelf, they’re getting stolen,” said Rachel Michelin, President of California Retailers Association, adding that violent robberies are particularly challenging for small business owners who can’t afford to hire security.

Pictures of recent smash and grabs during a news conference to announce arrests in connection with recent smash-and-grab robberies, and to provide safety measures and prevention tips at the LAPD Headquarters in Los Angeles on Thursday, December 2, 2021. (Photo by Keith Birmingham, Pasadena Star-News/ SCNG)

“The concern is that it’s the holiday season and if people fear in-person shopping, they might opt for online shopping,” she said.

Fashion designer Elle B. Mambetov of the label Elle B. Zhou was looking forward to expanding her brand and opening a department store this year — but after the recent rash of violent robberies, decided to close her Beverly Hills store and put her expansion plans on hold.

“We’re hoping that it’s something that we can revisit at the beginning of 2022,” she said.

It’s estimated that organized retail crime costs stores roughly $700,000 per $1 billion in sales each year, according to the National Retail Federation. That number is up from $450,000 in 2015.

Stolen goods, including high-end clothes, handbags and power tools end up on online marketplaces. A group of 20 retailers, including Nordstrom, Best Buy and Home Depot, sent a letter to House and Senate leaders to pass legislation that would ban people to stay anonymous when selling merchandise online.

Sarah Wiltfong, senior policy manager at the Los Angeles County Business Federation, said since robberies spiraled out of control, “a lot of retailers and other businesses who almost given up because they don’t feel like anything is going be done about it.”

Mall owners, retailers and law enforcement have been bolstering up security to tackle the wave of brazen theft but some say it’s not enough.

A representative with Unibail-Rodamco-Westfield, which operates malls in Sherman Oaks, Canoga Park, Century City and Culver City, said in a statement that “we are coordinating with local law enforcement and are taking additional steps to ensure our property is as secure as possible for both retailers and shoppers.”

Los Angeles County Supervisor Kathryn Barger said she would offer $1 million in discretionary funding to ramp up law enforcement services in the county’s unincorporated areas and communities in her district.

“The recent smash-and-grab crime wave and various robberies are proof that criminals feel bold and untouchable – crimes are increasingly committed in the public eye,” Barger said in a statement, adding that “everyone deserves to feel safe whether they work in retail, are shopping for loved ones or simply enjoying time off at home.”

Southern California is not alone in the situation, though, according to LAPD Chief Michel Moore, who said cities throughout California have experienced a burst of attempted robberies since the start of November.

“What’s striking in that small number of crimes was the amount of property that was stolen,” Moore said.

“We’re not allowing or tolerating this type of bold and reckless actions,” Moore said, promising those involved will face consequences for their actions.

Gov. Gavin Newsom said last month he would increase the budget of the California Highway Patrol to expand its Organized Retail Theft task force. He also launched the Real Public Safety Plan focusing on new investments that would “robust new investments and ongoing coordination with local agencies, this plan will bolster our prevention, deterrence and enforcement efforts to aggressively curb crime, hold bad actors to account and protect Californians from the devastating gun violence epidemic.”

“We’re doubling down on our public safety investments and partnerships with law enforcement officials up and down the state to ensure Californians and small businesses feel safe in their communities – a fundamental need we all share,” Newsom said in a statement.

Michelin of the President California Retailers Association applauded the effort.

She said continued violent robberies could be a turning point for many businesses.

“That could be the final straw that could make people reevaluate if they are going to continue operating in California,” she said.