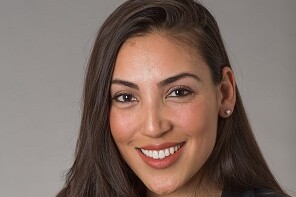 Wells Fargo & Co. has appointed Vanessa Rodriguez to head Community Lending and Investment (CLI) within its Commercial Real Estate (CRE) group. The CLI unit is one of the top investors in affordable multifamily housing in the U.S. as well as an active lender for affordable housing projects. In this role, Rodriguez will oversee all debt and equity financing for multifamily affordable housing and community-oriented developments.

Rodriguez will report to Kara McShane, head of CRE.

During her 20-year career with Wells Fargo, Rodriguez has held various relationship manager roles within real estate banking, commercial banking, and commercial real estate workout. For the past five years, she has served as co-market manager of the greater San Francisco Bay Area within real estate banking. Prior to that, she served as co-market manager for the New York region. She managed a total loan portfolio of approximately $8.5 billion and has led many notable transactions, including Wells Fargo’s business development in Hudson Yards. Rodriguez joined Wells Fargo in 2002 as a summer analyst and completed the Credit Management Training Program in 2005.

Stephanie McFadden has been named chief lending officer (CLO) of the Low Income Investment Fund (LIIF), a national CDFI. Based in the San Francisco office, she is responsible for the organization’s capital deployment across its platform, including LIIF’s Revolving Loan Fund, NMTC allocations, federal subsidy programs, and debt fund business. 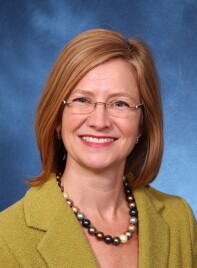 McFadden is also responsible for implementing LIIF’s impact lending strategy and managing and supporting relationships with borrowers and stakeholders.

She has more than 20 years in commercial real estate with an emphasis on multifamily and affordable housing debt products. McFadden has a depth of knowledge in all aspects of multifamily housing, including finance, development, construction, and asset management/servicing. Prior to joining LIIF, she was a senior adviser in the Office of Multifamily Production at the Department of Housing and Urban Development (HUD). She has previously held positions at CBRE Group, PNC, Vitus Group, and ARCS Commercial Mortgage.

In addition, she serves as assistant chair of the Urban Land Institute’s Affordable and Workforce Housing Council and held previous board and member positions with Western Mortgagee Advisory Council and the Mortgage Bankers Association.

KeyBank Community Development Lending and Investment (CDLI) has appointed Ted Witt as a senior banker in the Midwest region. He will be focused on KeyBank’s community development banking efforts in the North Central states, which are part of the bank’s affordable housing growth plan. 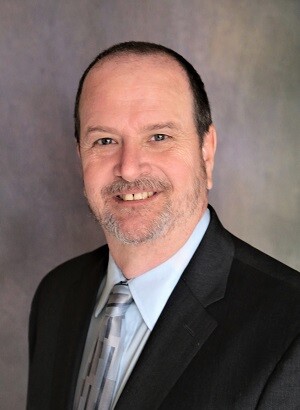 The move comes as KeyBank continues its commitment to affordable housing across the country, with a focus on expanding its CDLI platform. Witt is based in Omaha, Nebraska, and reports to Greg Kiger, CDLI Midwest region manager.

Witt brings nearly 25 years of affordable housing and LIHTC experience in finance, development, and consulting. Prior to joining KeyBank, he was a business development officer focused on LIHTCs at Horizon Bank, where he was responsible for the coverage of 13 states. Previously, Witt was a development director with Kittle Property Group. He also served as chief operating officer and director of asset management at Midwest Housing Equity Group. Witt began career as a financial analyst with First National Bank of Omaha.

KeyBank CDLI finances projects that stabilize and revitalize communities across all 50 states. As one of the top affordable housing and community development capital providers in the country, KeyBank’s platform brings together construction, acquisition, bridge-to-resyndication, and preservation loans, as well as lines of credit, agency, and HUD permanent mortgage executions, and equity investments for low-income housing projects, especially LIHTC financing.

He joins NewPoint as the company incorporates affordable housing as a central component of its overarching lending strategy. He is responsible for developing proprietary non-agency executions and managing future investments in affordable housing. 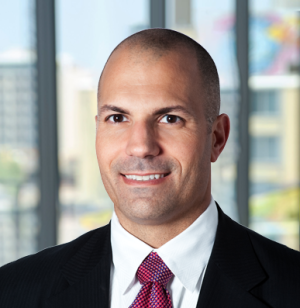 Wrzosek brings over 24 years of affordable housing and finance experience to the company, building upon its cohort of established veterans guiding the expansion of the firm’s suite of financing solutions. He was recently with BlueFin Capital Management, where he managed a debt fund focused on the financing of affordable and workforce housing developments. Prior to BlueFin, Wrzosek was responsible for the affordable housing and Federal Housing Administration (FHA) finance businesses of Berkeley Point (now Newmark). Wrzosek is also the former president of Hunt Mortgage Group and managed the tax-exempt affordable housing securitization and tax equity syndication platforms for Credit Suisse.

NewPoint is a joint venture of Meridian Capital Group and Barings. Launched in the second quarter of this year, the firm is a Fannie Mae DUS Lender, Freddie Mac Optigo Servicer, and HUD/FHA Multifamily Accelerated Processing and LEAN lender. In addition, NewPoint offers a variety of proprietary lending products and programs.

Taylor Rasmussen and Loren Messeri have both been promoted to vice president of development at Meta Housing Corp., a Los Angeles-based developer, owner, and operator of affordable housing.

Rasmussen previously served as director of development and has managed the closing of construction financing for over 800 units of affordable housing. Rasmussen is instrumental in cultivating and managing key industry partnerships, as well as recruiting and retaining development team members.

Messeri, who served as director of development, joined Meta Housing as a project manager in 2017. She has extensive experience in the affordable housing sector, with her previous experience including project management positions at Skid Row Housing Trust. During her tenure at Meta Housing, Messeri has managed complex financial transactions and expansion into new markets, resulting in the development of over 800 units throughout the state.