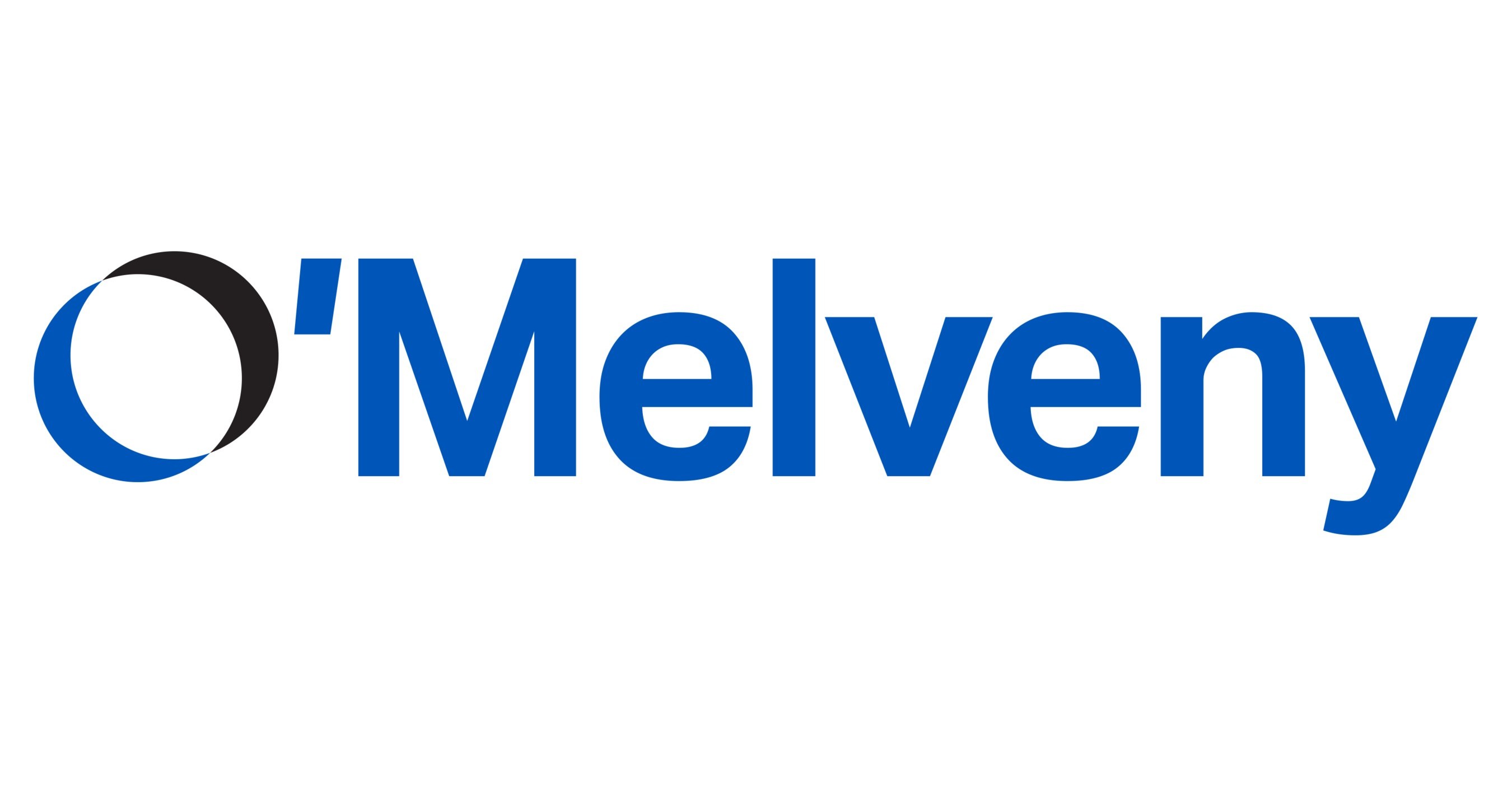 “We are delighted to recognize these exceptionally talented lawyers as an integral part of our firm’s future and welcome them to the partnership,” said Bradley J. Butwin, Chair of O’Melveny. “They have shown, time and again, that they are deeply committed to serving our clients with distinction in the most complex and sensitive matters, and they embody the qualities and values we hold dear. With this dynamic class of new partners, our clients—and our firm’s future—are in very good hands.”

This is the seventh straight year that the firm’s incoming U.S. partner class is at least 50 percent diverse. And since 2015, two-thirds of O’Melveny’s promoted U.S. partners have been women, people of color, or LGBTQ. Reflecting the firm’s global reach, the new partners are based in seven offices around the world, with three in Asia.

One member of O’Melveny’s new 2022 class, Yaira Dubin, will be departing O’Melveny to serve as Assistant to the Solicitor General at the U.S. Department of Justice. In this position, Dubin will represent the interests of the United States in the U.S. Supreme Court.

Based in Beijing, Alan Bao is a versatile transactional lawyer who has spent his career helping clients navigate through complex legal and regulatory issues, and achieve their most important business initiatives. From advising financial and strategic investors in their investments and divestments in China to helping a major Hollywood film studio expand in Asia, Bao’s broad-based experience and extensive knowledge of U.S. and Chinese markets and regulations enable him to guide clients through their most challenging cross-border investments and strategic objectives. Bao’s clients operate across a spectrum of industries, from financial services, consumer electronics, technology, and health care to gaming, entertainment, and aviation, and encompass both start-ups and Fortune 500 corporations. Before relocating to China, Bao worked in our Los Angeles office and received his law degree from the University of Southern California.

Elizabeth Bock has helped lead her clients—some of the most prominent companies in the health-care industry—through a labyrinth of enforcement, litigation, and regulatory matters. A trusted advisor to multiple managed care organizations and insurers, Bock is an authority on Medicare Advantage, traditional Medicare, Medicaid, and other government health care programs. Her clients often face scrutiny under the False Claims Act and the Anti-Kickback Statute, and she has represented and counseled her clients in connection with countless government investigations, audits, and enforcement actions. Bock serves on both the Board of Governors and the Foundation Board of the Women Lawyers Association of Los Angeles. She earned her law degree cum laude from the University of Michigan Law School, where she was a Dean’s Scholar and Executive Board Editor of the Michigan Law Review.

Dr. Brian Cook is a nuclear physicist who helped design the communications system for the Mars Rover. He is also an outstanding litigator who represents clients in patent, trade secret, and licensing disputes. After eight years as an engineer at the Jet Propulsion Laboratory in Pasadena, Cook came to O’Melveny, where his clients span a range of businesses, including consumer electronics, broadcasting, software, streaming and other digital media, semiconductors, optical display technologies, and wireless communications. Cook received his law degree from the University of Southern California, where he was a member of the Order of the Coif and the Southern California Law Review. And he holds a Ph.D. in Experimental Nuclear Physics a1nd an M.S. in Physics from the California Institute of Technology.

Jorge deNeve is a veteran U.S. Securities & Exchange Commission enforcement lawyer who has steered companies through investigations and served as General Counsel for an independent registered investment advisor. He began his legal career as an O’Melveny associate and his subsequent experience investigating fraud and financial misconduct for the SEC—and serving as in-house counsel—has made him an invaluable resource to firm clients. Since returning to O’Melveny, deNeve has represented issuers, executives, and investment advisors in SEC and internal investigations, particularly those involving accounting, disclosure, and internal controls issues. Latin Lawyer magazine has honored deNeve, calling him a leading anti-corruption lawyer, and his Spanish-language skills make him ideally equipped to advise on investigations in Latin America. He received his law degree from the University of Southern California.

Yaira Dubin focuses her practice on Supreme Court and appellate advocacy. She was a key player before the Supreme Court in Ramos v. Louisiana, which held that the Constitution requires guilty verdicts in criminal trials to be unanimous, Our Lady of Guadalupe School v. Morrissey-Berru, which involved the scope of the ministerial exception to employment discrimination laws, and Fulton v. City of Philadelphia, which involved a government contractor’s refusal to certify same-sex couples as foster parents. Dubin has also argued and prevailed in federal and state appellate courts across the country. So it is no wonder that Crain’s New York Business named her to its list of “Notable Women in Law.” Dubin also taught a Supreme Court Seminar at NYU Law School and the Supreme Court Litigation Clinic at Stanford Law School. Before joining O’Melveny, Dubin served as a clerk for Justice Elena Kagan on the U.S. Supreme Court, Judge Sri Srinivasan on the U.S. Court of Appeals for the D.C. Circuit, and Judge James E. Boasberg on the U.S. District Court for the District of Columbia. Dubin received her law degree magna cum laude from Harvard Law School, where she and her team won the 2012 Ames Moot Court Competition.

The list of clients that Vincent Lin has guided to spots on the Hong Kong and New York Stock Exchanges and the NASDAQ is a long and varied one, including a medical-instrument manufacturer, a life-sciences research and development firm, one of the world’s largest solar photovoltaic enterprises, a property management company, a Chinese car-rental agency, and a well-known food and beverage business. Then there are the companies he helped purchase other companies, secure funding, or go private. His clients come from health care and life sciences, financial services and retail, technology and energy. Fluent in English, Mandarin, and Taiwanese, Lin received a Masters of Law from Taiwan’s Chung Yuan Christen University’s School of Law, and an LL.M. from Columbia Law School.

Named a “Rising Star” in transportation law by Law360 in 2021, Tristan Morales has helped the nation’s largest airlines secure significant victories in their most complex legal challenges. He has advised carriers on negotiating and implementing collective bargaining agreements, as well as in arbitrations and federal litigation. He has served as first- or second-chair counsel in arbitrations between airlines and labor under the Railway Labor Act, and he has regularly defended airlines in class action matters, including under the Uniformed Services Employment and Reemployment Rights Act. Morales received his law degree from the University of Virginia, where he was a member of the Order of the Coif, and he is currently on the board of the Washington Urban Debate League.

Alexander Roberts not only counsels corporate clients on federal tax planning and structuring—he often does so while improving the future of the planet. His work has enabled the development and funding of renewable and clean energy projects in every corner of the country: wind power in California, Idaho, Indiana, Kansas, Nebraska, New Mexico, and Texas; solar power in Alabama, Arizona, Georgia, New Mexico, and Texas; and fuel cell power in California, Connecticut, New Jersey, and New York. Roberts has also advised on the tax aspects of a full range of corporate transactions, including acquisitions and investments, infrastructure deals, multi-billion dollar public offerings, high-profile Chapter 11 cases, REIT capital-raising and compliance matters, and high-profile sports team acquisitions. Roberts received his law degree from New York University.

John advises private equity, industrial and commercial clients on a broad array of environmental and sustainability matters in connection with acquisitions and divestitures, infrastructure development projects and hazardous site cleanups. He has been recognized as a leading environmental lawyer by Chambers USA for his hands-on experience and deep knowledge of environmental law and its impact on businesses. He served as General Counsel of the New York City Department of Environmental Protection, where he and his team handled a full range of legal issues, including compliance, enforcement, contracts, litigation, and employment, and where he played a key role in representing the City’s interests at major Superfund sites. Active in pro bono work, Rousakis has represented a major ocean conservation organization in several matters, and has represented multiple individuals fleeing persecution, including as part of a team whose work on behalf of LGBTQ asylum-seekers was recognized with the Safe Haven Award. Rousakis earned his law degree from New York University, where he was editor-in-chief of the Environmental Law Journal.

Sun Ye represents issuers and leading underwriters in the bustling Hong Kong IPO market. In so doing, he has played a key role in the success of O’Melveny’s Hong Kong capital-markets practice and in establishing the firm as a top advisor for listings in Hong Kong, particularly for issuers in the healthcare sector. Ye also represents issuers and underwriters in U.S. IPOs and U.S.-Hong Kong dual listings, and advises large corporations, private equity funds and financial advisors on M&A and general corporate matters. He is sought after by many sophisticated clients for his creativity, drafting skills, and technical analysis. In the past year alone, he has served as lead lawyer on more than a half-dozen completed IPOs and approximately twenty ongoing IPO projects. Fluent in both Mandarin and English, he earned his law degree from Cornell Law School.

A versatile corporate lawyer, Wenting Yu is a trusted advisor and strategist who specializes in venture financings, mergers and acquisitions, joint ventures, IPOs, equity and debt offerings, 1934 Act reporting, and other corporate transactions. Yu works closely with start-ups, midsize and large companies, and financial and strategic investors—many from the life sciences, technology, and fintech sectors—on all types of U.S. and cross-border transactions. Fluent in both English and Mandarin, Yu has significant cross-border transaction experience, as well, particularly with Cayman-based entities doing business in the U.S. and China. She has advised on numerous U.S. and international matters, from venture-capital financing and start-up counseling, mergers and acquisitions, and joint ventures to dealing with U.S. and Hong Kong capital markets. Yu holds an LLB with honors from Shanghai Normal University and a JD and Masters of Law degree from Washington University in St. Louis, where she was on the Dean’s List.

Sergei Zaslavsky has not only helped clients navigate the evolving clash between antitrust laws and high tech, but he is also a practitioner of one such burgeoning technology as a founding member of ABA’s Our Curious Amalgam podcast, a weekly program featuring leading experts in antitrust and consumer protection. Zaslavsky has extensive experience in antitrust matters and litigation, and he has participated in many of the firm’s most significant antitrust cases over the past decade, including two merger trials and three other merger litigations, a two-month jury trial in a rule of reason case, and many other Sherman Act Section One and Section Two cases. He is also a recognized authority in the developing application of antitrust law in two-sided markets. The National Law Journal named Zaslavsky a “DC Rising Star” and one of the region’s “40 most promising lawyers under age 40.” He received his law degree magna cum laude from Harvard University.

It’s more than what you do: it’s how you do it. Across sectors and borders, in boardrooms and courtrooms, we measure our success by yours. And in our interactions, we commit to making your O’Melveny experience as satisfying as the outcomes we help you achieve. Our greatest accomplishment is ensuring that you never have to choose between premier lawyering and exceptional service. So, tell us. What do you want to achieve? Visit us at www.omm.com or learn more in our annual review, year-end highlights, and on LinkedIn, Twitter, Facebook, Instagram, and YouTube. Visit The Boardroom for our insights on pressing issues facing global corporations.