Movers And Shakers In 2022: Whom To Watch In California 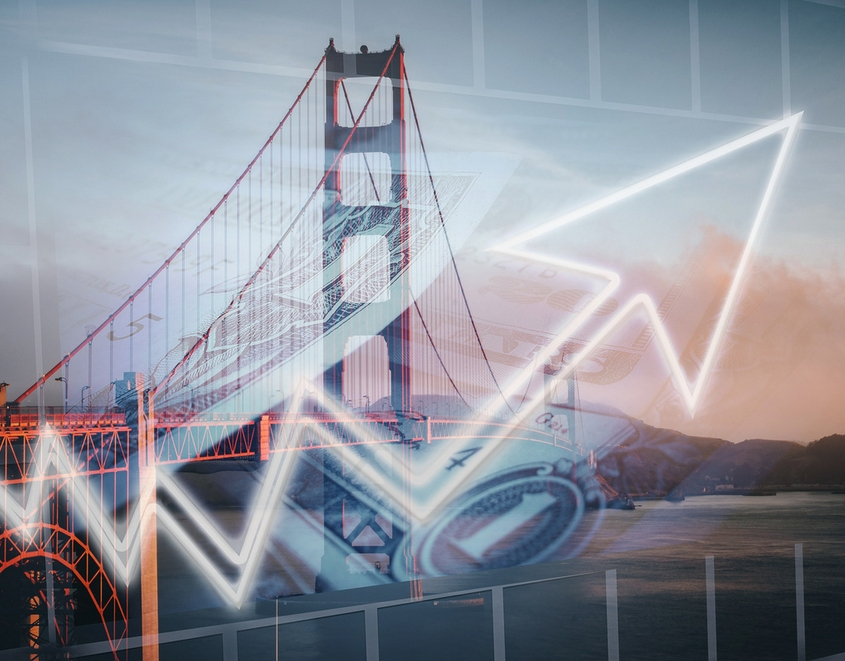 CALIFORNIA — Less than 10 years ago, Sam Bankman-Fried was blogging about baseball and politics from his college dorm room. The Stanford-born 29-year-old vegan went on to become a can’t-miss digital currency investor.

On the opposite end of the billionaire spectrum is Donald Bren, an 89-year-old Southern California real estate mogul who accumulated wealth the old-fashioned way — one prudent investment at a time.

The two probably don’t travel in the same circles, but both are members of California’s eclectic ultrawealthy club, a collection of characters from different walks of life who nevertheless wield outsized influence.

Find out what’s happening in Los Angeles with free, real-time updates from Patch.

Between the two, they’re worth a combined $41.8 billion. Bren had a 60-year head start, but Bankman-Fried has more than made up for lost time. Just out of college, he built a cryptocurrency kingdom now valued at $26.5 billion. The slow-and-steady approach has paid off for Bren, but not quite as spectacularly. The real estate empire he started during Dwight Eisenhower’s presidency is worth just $15.3 billion today.

The extent to which California’s movers and shakers can boost their fortunes in 2022 — or if they can even maintain them — will depend on circumstances over which they have no control, and rarely has the world faced as many wild cards entering a new year as it does now.

Find out what’s happening in Los Angeles with free, real-time updates from Patch.

A new hyper-contagious variant, political instability and an endless stream of extreme weather events are among the existential threats all the money in the world can’t solve alone.

It’s impossible to predict how events might unfold in 2022, but it’s hard to imagine a scenario in which a state that boasts the world’s fifth-largest economy doesn’t play a prominent role in whatever’s next.

Here’s a look at what 2022 could bring for some of California’s most prominent movers and shakers.

Mark Zuckerberg
The Menlo Park social media behemoth’s embattled CEO has survived challenges to his leadership and damage to his company’s brand several times since taking the Menlo Park company public in 2012.

And each time Zuckerberg has laughed off these concerns all the way to the bank. His net worth exploded to $118.2 billion this year.

A whistleblower’s allegations against the company have, if nothing else, pierced Zuckerberg’s aura of invincibility.

Former Facebook product manager Frances Haugen in congressional testimony earlier this year alleged that Facebook tweaked its algorithm to promote outrage, and in doing so knowingly put profits ahead of the mental health and physical safety of its users.

“The result has been more division, more harm, more lies, more threats and more combat,” Haugen said in her testimony.

“In some cases, this dangerous online talk has led to actual violence that harms and even kills people.”

Zuckerberg’s social media fiefdom is likely to be under increased scrutiny in 2022.

Sen. Elizabeth Warren (D-MA) is among those who for years have called for Congress to dismantle the company now called “Meta,” which she said violates antitrust laws. Such a move would encourage competition, she said.

And that was before Haugen’s testimony raised legal, moral and ethical questions about how the Menlo Park company does business.

“I will not stand by while our kids, our health and our democracy become collateral damage in the profit game being played by Facebook and other platforms,” Sen. Amy Klobuchar (D-MN) told USA Today.

“There is growing momentum on both sides of the aisle to take action, and I believe Frances Haugen’s testimony will be a true catalyst.”

The challenges to Zuckerberg’s leadership, however, aren’t just coming from Washington but also from within the walls of his Menlo Park offices.

The Jan. 6 Capitol insurrection triggered some soul-searching at the company, according to an investigative report in The Atlantic that paints a disturbing picture of the company’s culture.

“Facebook employees have long understood that their company undermines democratic norms and restraints in America and across the globe,” The Atlantic’s Adrienne LaFrance wrote.

“Facebook’s hypocrisies, and its hunger for power and market domination, are not secret. Nor is the company’s conflation of free speech and algorithmic amplification. But the events of January 6 proved for many people — including many in Facebook’s workforce — to be a breaking point.”

California’s crypto king is the son of two Stanford law professors, and the 29-year-old is no slouch himself in the smarts department. Bankman-Fried graduated from MIT with a bachelor’s degree in physics.

SBF is a proponent of “effective altruism,” the idea of trying to do the most possible good for others. He’s promised to eventually give most of his $26.5 billion to charity.

“Partially, it just gives me a thing to say. But the thing about effective altruism, about donating, is that in the end it doesn’t matter who does it,” Bankman-Fried told Vox.

“It matters where it goes and what it accomplishes. But it doesn’t matter if it’s me who does it or if it’s someone else. So I think it softens the notion of wealth in some ways. Not in others. But I think there’s some ways in which it does, because it removes some of the personal and individual importance of it. And instead the focus is on what it can accomplish.”

A crypto crash could limit what Bankman-Fried hopes to accomplish, and some experts are bearish on digital currencies, with concerns about a correction after the market’s red-hot 2021.

Donald Bren
By Silicon Valley standards, the California real estate mogul may be a financial nobody, but in the real world, Donald Bren’s net worth of $15.3 billion is impressive.

Bren started out slow and has played the long game to perfection since taking out a $10,000 loan to build his Newport Beach home in 1958. He started Mission Viejo Co. that year and in 1977 parlayed an investment in Irvine Ranch into an empire that’s made him America’s wealthiest real estate investor.

Real estate is widely viewed as a safer investment compared with tech and crypto, but on the heels of a 13-year bull run, some experts believe the market is overvalued.

Most experts believe a repeat of the 2008 Great Recession is no longer possible, but the collapse of a Chinese real estate investment giant and Fed Chairman Jerome Powell’s announcement that he expects to raise interest rates three times next year has stoked fears of a correction.

Just more than a year after surviving a recall, the Golden State’s Democratic governor will go up for re-election in November and figures to be a prohibitive favorite.

The implications of the election are enormous for the first-term governor, who is already being floated as a 2024 presidential candidate should Joe Biden not seek another term, SFGate reports.

Newsom is unlikely to encounter a credible primary challenge and is expected to have a massive war chest, two big advantages for Democrat in a bright-blue state, and especially so for an incumbent in a state where incumbents almost never lose. No incumbent California governor has lost a non-recall election since 1930 (Republican James Rolph unseated incumbent Democrat Milton Young that year).

Newsom experienced a scare last summer when polls showed a tight race in the weeks leading up to the Sept. 14 recall, but the 54-year-old won resoundingly.

Republicans are expected to enjoy an advantage nationally in a midterm election in which the out-of-power party typically makes substantial gains.

That probably won’t be enough to unseat Newsom.

A showdown with vaccine hesitant parents next fall, however, could be a problem.

Newsom in October announced that California would be the nation’s first state to require student COVID-19 vaccinations. The mandates won’t go into effect until the vaccines get full approval by the Food and Drug Administration sometime next year.

A majority of parents of children ages 5 to 11 have expressed hesitancy, according to a Kaiser Family Foundation poll.

The survey found that around a third of parents had not yet decided whether to vaccinate their children for the coronavirus, and another third said they were adamant against doing so.