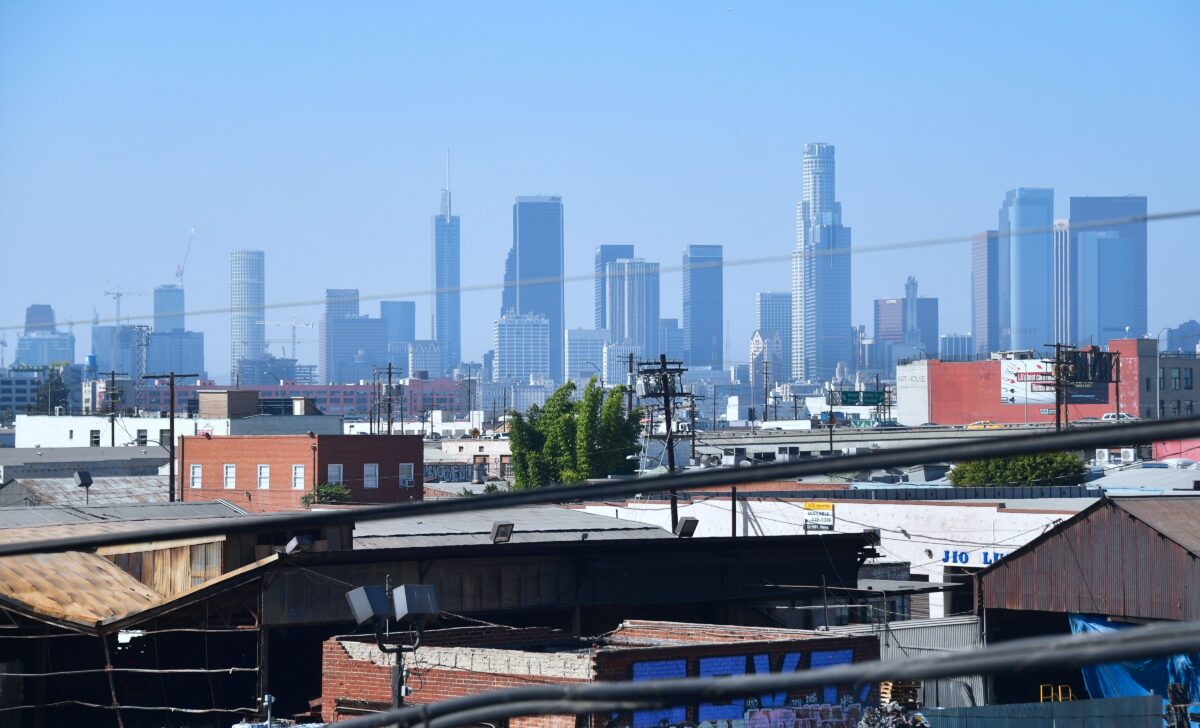 Taxifornia earned its nickname again on Nov. 8. The most taxed state in the country passed even more taxes. At least Proposition 30 lost. It would have increased taxes on the wealthy and generated up to $5 billion per year, with the top income tax rate rising to 15.05 percent from the current 13.3 percent. It was so bad even Gov. Gavin Newsom opposed it.

Here are some of the tax increases that did pass:

Measure ULA in Los Angeles to fund housing programs in the city passed, 57 percent to 43 percent. According to a legal analysis, “[E]ffective April 1, 2023, there will be a drastic increase in the transfer tax amounts by imposing an additional tax on the sale or transfer of ‘high-value’ real properties within the boundaries of the city. A tax of 4 percent of the property’s value will be imposed on the sale of properties valued between $5 million and $10 million. If the property is valued at $10 million or more, the sale will be subject to a 5.5 percent tax.

“The measure is expected to raise between $600 million to $1.1 billion annually, fluctuating based on the amount of property transferred. A minimum of 92 percent of the revenue will be used by the Affordable Housing Program and the Homeless Prevention Program to fund affordable housing and tenant assistance initiatives.”

Taxes discourage whatever activity they affect. In this case, Measure ULA will be just another attack on the wealthy people who own businesses and create jobs. They will continue fleeing to Texas, Florida, Tennessee and other states with much lower taxes.

It’s especially foolish to raise this tax as a recession is hitting and real-estate prices are crashing. Flight encouraged by ULA will push housing prices down even faster. The city might end up getting only a fraction of that up to $1.1 billion annually they expect—while losing other taxes formerly paid by the departed wealthy families.

Proposition L passed in San Francisco, 72 percent to 28 percent (two-thirds required). It continues a half-cent sales tax to fund transportation. Proponents say it’s not a tax “increase,” because it’s just keeping an existing tax the same. But the previous tax increase was passed with the understanding it would not be perpetual, but would end. Therefore Prop. L really is a sales tax increase.

Proposition M passed 54 percent to 46 percent. According to the SF Chronicle summary, “Starting on Jan. 1, 2024, property owners with at least three units that have been vacant for more than 182 days (six months) will be taxed between $2,500 and $5,000 per empty unit. In ensuing years, that penalty will increase to as much as $20,000 per empty unit. The penalty money collected will go to a housing activation fund, which will subsidize affordable housing, including for individuals over the age of 60 in the city.”

It’s hard to think of anything outside of carpet bombing the city that will reduce housing stock faster. Owners of any product sometimes keep it off the market to ensure adequate return on an investment. Grocery stores don’t always keep every product they sell immediately on their shelves. For real estate, when the market declines, as it currently is doing in San Francisco and most of California, landlords will keep units vacant hoping the rental rate will rise.

Still the center of the global computer and internet industry, the Bay Area is increasing taxes even as a recession is hitting these industries. Meta/Facebook is laying off 11,000 employees, including 2,564 in the Bay Area, according to the San Jose Mercury. The Wall Street Journal just headlined, “Meta, Lyft, Salesforce and Other Tech Firms Dump Office Space as They Downsize.” Subheadline, “Retreat is a blow to office market and to many cities, which have relied on sector’s real estate appetite to power growth.”

Measure H in Santa Clara passed, 59 percent to 41 percent. According to the Real Deal, it will “overhaul its business tax to help fill a $20 million budget deficit. The tax will include a new ‘headcount’ system and charge $45 per employee with a cap of $250,000 starting July 2023.”

Measure J passed in Los Gatos, 53 percent to 47 percent. According to the Patch, it will “increase the town’s base business tax rate by 30 percent for businesses with more than $50,000 in annual gross receipts,” raising $1.2 million a year. “The town’s tax rate for businesses with more than $50,000 in gross receipts would also be increased by 40 percent, while e-commerce businesses would be added to the town’s “manufacturing, wholesaling and jobbing’ tax category.”

Measure K passed in Palo Alto, 67 percent to 33 percent. It’s a 7.5 percent charge per square foot for business office space of more than 10,000 square feet. It will raise $9.6 million a year.

Measure T passed in Oakland, 71 percent to 29 percent. It raises taxes on big businesses, while cutting them on small businesses, overall boosting taxes $20 million a year. It will fund city safety and homelessness programs. This is just going to hurt a city that, until now, has been a refuge for tech firms from the high costs of neighboring cities.

Even liberal economists say it doesn’t make sense to raise taxes during a recession. Indeed, the Keynesians say this is a time to “prime the pump” of economic demand by cutting taxes. According to Investopedia, under Keynesian theory, “Federal spending and tax cuts leave more money in people’s pockets, which can stimulate demand and investment. Unlike free market economists, Keynesian economics welcomes limited government intervention and stimulus during times of recession.”

The point is, few economists today favor boosting taxes in a recession. Especially in a state so heavily overtaxed already as California. Unfortunately, it’s happening here anyway in a dark corner of the California Dream.

Views expressed in this article are the opinions of the author and do not necessarily reflect the views of The Epoch Times.

John Seiler is a veteran California opinion writer. He has written editorials for The Orange County Register for almost 30 years. He is a U.S. Army veteran and former press secretary for California state Sen. John Moorlach. He blogs at JohnSeiler.Substack.com