Is cryptocurrency the currency of the future? 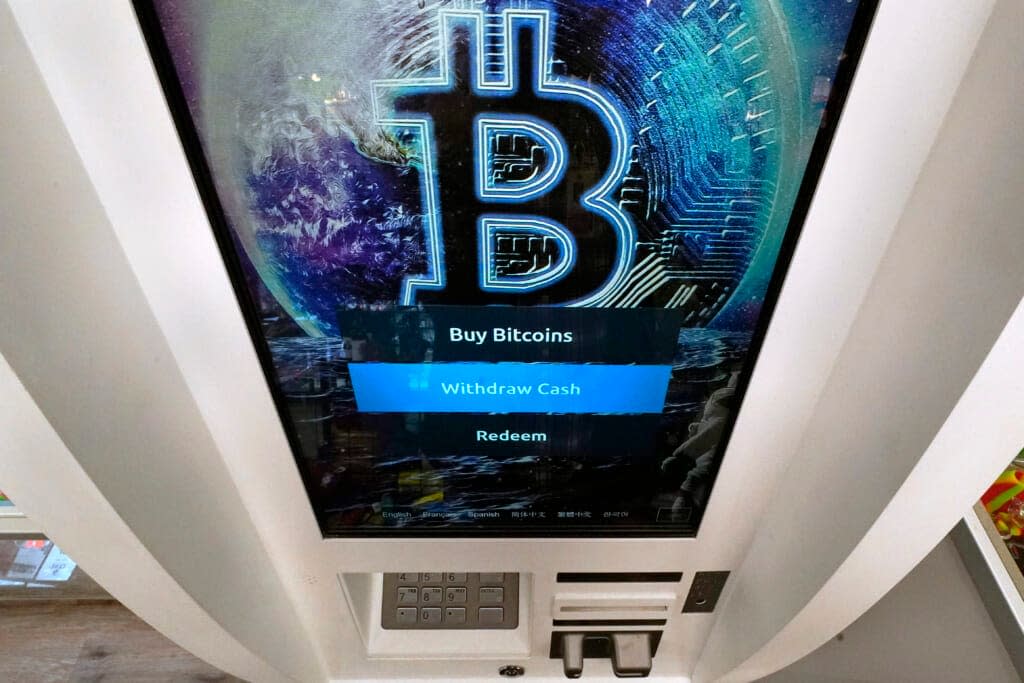 In this news cycle, cryptocurrency seems to be the only thing anyone is talking about. It seems society has suddenly propelled back to the future as we have seen nations start to adopt a phenomenon known to many as crypto — the world’s newest medium of exchange.

The best way to describe crypto is as the digital currency it is, thinking of the many different types of cryptocurrency as currencies with different utilities. The one quality that they all share is that they contribute to the creation of a richer digital experience.

The Bitcoin logo appears on the display screen of a cryptocurrency ATM at the Smoker’s Choice store in Salem, N.H. (AP Photo/Charles Krupa, File)

The challenging part is understanding that cryptocurrency fluctuates rapidly and can be volatile — sparking the interest of investors and micro-investors throughout the world who are looking for ways to diversify their portfolios. Some experts believe cryptocurrency is all about timing and crypto-believers argue that cash and the USD is archaic and truly the inferior form of currency … but are these investors right?

Blockchain is a decentralized technology that is incredibly secure (think of the root of the word crypto — as in encryption). The benefit of blockchains is that its technology is spread across many different computer operating systems, thus arguably making them more secure than existing payment systems.

Easily accessible crypto-wallets like Coinbase, Robinhood, and Gemini, have made it easy to buy and sell over 50 different cryptocurrencies. Gemini is particularly interesting because of its founders, Tyler and Cameron Winklevoss, who started the company in 2014.

If you ever watched The Social Network, you will remember the Winklevoss Twins — the two brothers that infamously founded HarvardConnection, a social media network on Harvard’s campus that predated Facebook. Although the Winklevoss brothers seemed to have lost the Facebook war, they continue to prove themselves as formidable opponents to Mark Zuckerberg in the “Metaverse”— going on to found one of cryptocurrency’s leading exchanges.

However, while the Winklevoss brothers have used this and their other investments to propel them into the billionaire stratosphere along with their rival Zuckerberg — cryptocurrency has always had a different meaning for Black and Brown people.

For many Black people — cryptocurrency has been seen as one of the tenants of true economic liberation. In this case, it comes as no surprise that Black people have been, by and large, leading the cryptocurrency boom. The University of Chicago’s National Opinion Research Center reports that 46% of cryptocurrency holders are people of color — with 18% of those holders being Black. These numbers make sense considering the deep seated distrust in the Black community surrounding government regulation and the wealth gap.

The Bitcoin logo is displayed on the side of a Bitcoin ATM on November 10, 2021 in Los Angeles, California. (Photo by Mario Tama/Getty Images)

To many, cryptocurrency will serve as the great equalizer that education was once viewed as in this country. Accessibility is another reason for cryptocurrency’s success within the Black community. Investors can purchase cryptocurrency at a painfully low entry point — you only need a dollar to buy crypto as you can fractionally invest in currencies like Bitcoin or Ethereum buying a minute fraction of the coin.

This enables folks with less disposable income to get in on the fun whereas the stock market has traditionally excluded these population groups. But cryptocurrency has implications that span far larger than just Black America. Cryptocurrency has also become a force to be reckoned with on the forefront of the global community. This has left many economists asking the question of what crypto means for the global economy?

Akon was perhaps one of the first celebrities to openly discuss cryptocurrency and its ramifications, as early as 2018, when he declared his own cryptocurrency, Akoin. Akon noted that this cryptocurrency would guide Africa into financial freedom and be the basis upon which his futuristic city would be built.

If Akon’s plan does succeed, it would liberate the Senegalese people from the French-backed CFA (the national currency of Senegal and many Francophone countries in West Africa). But Senegal isn’t the only African country interested in cryptocurrency. Nigeria has quickly grown to be the second largest market for crypto trading, following the United States.

Akon attends the Jingle Bell Ball at the O2 Arena on December 5, 2010 in London, England. (Photo by Ian Gavan/Getty Images)

Many Nigerians have found the use of cryptocurrency as a solvent way to protect their money against the depreciation of the Naira (which is linked to the USD.) Moreover, cryptocurrency simplifies the transference of remittances (money sent back home by nationals or family members who live internationally) and minimizes costs and fees. The issue of remittances is a phenomenon that can be seen throughout the African continent and across the pond in the Caribbean and Latin America as well.

El Salvador has led the Latin American community in cryptocurrency, becoming the first country to accept Bitcoin as legal tender. Both President Nayib Bukele and Maria Luisa Hayem, El Salvador’s Minister of Economy, are proud to have led Latin America into this innovative economic revolution. Despite their efforts, adoption has been slow, with only 12% of consumers using cryptocurrency since the adoption of Bitcoin as legal tender in September.

Yet not all countries have bought into the hype, with China banning all crypto-related transactions and deeming them illegal. Crypto economist and attorney Jamar Montgomery thinks it’s because “open source cryptocurrencies like Bitcoin and Ethereum are a threat to a government’s control over a monetary and financial system.”

While these governments desperately cling to the little financial control they have left — the rest of the world seems to be moving toward a new age. With even the infamous Los Angeles Staples Arena being renamed and rebranded to reflect a new moniker, “crypto.com,” it is certainly reflective of the new age of cryptocurrency.

Wen-kuni Ceant is the CEO and Co-Founder of Politicking. She is a Fulbright Scholar and through the fellowship she studied health infrastructure in Senegal during the last year. She received her Masters in Public Health in Health Management and Policy in 2016 from Drexel University. Before Drexel, she attended Howard University, in Washington, D.C. where she graduated Phi Beta Kappa and with honors with a Bachelors of Science in Biology.

Have you subscribed to the Grio podcasts, ‘Dear Culture’ or Acting Up? Download our newest episodes now!

The post Is cryptocurrency the currency of the future? appeared first on TheGrio.