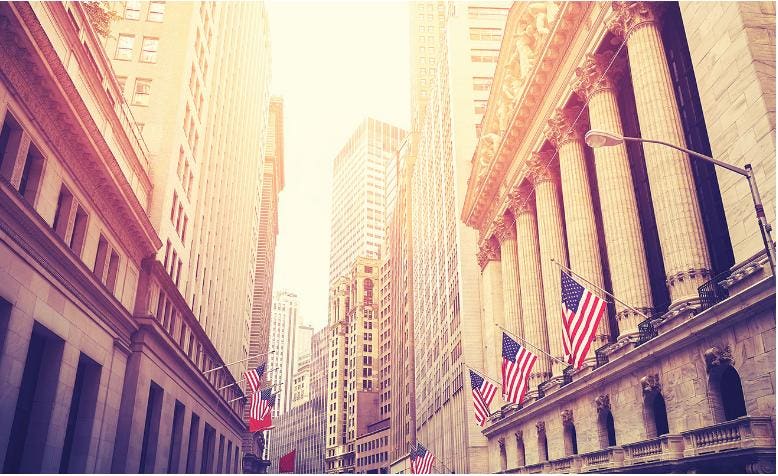 Equity index futures are pointing to a lower open as investors appear to be picking up where they left off last week. The Nasdaq 100 Index futures are down the most, at more than 1% before the opening bell. Many investors hope the unofficial kickoff of earnings this Friday will help strengthen stocks. With the first week of the new year under our belts, we’ll see if the favoritism for energy, banks, and value stocks continues and if the selling in technology and growth stocks will last.

A return to “Merger Monday” is causing some stocks to move this morning. Gaming stock Take-Two (TTWO) plans to buy Zynga

ZNGA
(ZNGA) for $12.7 billion in stock and cash. Take-Two is down 8.31% while Zynga is up 53% in premarket trading. The announcement appears to have prompted a rally in another gaming company, Playtika (PLTK) which was also up more than 8% in premarket trading despite no news concerning the stock specifically.

Analysts continue to hand out stock upgrades. This morning ViacomCBS (VIAC) was upgraded to “buy” from Deutsche Bank, leading to a premarket rally of 3.42%. SolarEdge (SEDG) was added to Goldman Sachs’s

GS
“Conviction Buy” list and raised its price projection $28 per share to $448, prompting a 2.4% rally in premarket trading. Dell Technologies

DELL
(DELL) was upgraded to “outperform” by Berstein, pushing the stock up 2.4% before the bell.

Investors appear to be bearish on Lululemon (LULU) because it was falling about 6.5% in premarket trading. The company adjusted earnings guidance to the low-end of the projected ranges.

Riskier assets continue to fall as well, with the Russell 2000 Index futures dropping 0.61% and Bitcoin futures falling 2.53% in premarket trading. Also, in the futures markets, oil prices are down 0.41% as well. The 10-year Treasury yield (TNX) is up 0.62% before the open, and the VIX (Cboe Market Volatility Index) is up about 12% and trading around 21 which is often a level of concern for many traders.

C
(C) are among the biggest names, and banks have already been performing well. The S&P 500 Banks Industry Group Index rose 9.37% last week. However, earnings announcements should provide insights into inflation and how CEOs are dealing with omicron, getting employees to work, and how the variant is affecting getting products and goods to market.

On Friday, the 10-year Treasury yield (TNX) rallied for the sixth-straight trading day and closed at a new 52-week high while flirting with the 1.8% level. The 10-year yield has now returned to pre-COVID-19 levels when the Fed first started its economic stimulus program. However, investors are still preferring energy stocks over all other sectors despite oil prices falling more than 1%.

The first three sectors tend to be sensitive to inflationary conditions either through rising commodity prices, harvesting commodities, or as part of a causational relationship where rising commodity price drive inflation, which drives interest rates higher. Later this week, we’ll get another update on inflation with the Consumer Price Index (CPI) and Producer Price Index (PPI) for the United States and China. Investors will hear Fed Chairman Jerome Powell testify before the Senate concerning his second nomination; he will likely face many questions concerning inflation.

It’s important to note that just because interest rates are rising doesn’t necessarily spell doom and gloom for stocks. While rising rates have hurt growth stocks, there is a history of stocks and interest rates rising together. According to BlackRock, going back to 1995, in months where the 10-year Treasury yield has risen by more than 50 basis points, the S&P 500 posted price gains of 3.2% higher than typical months. Furthermore, another study comparing real rates (rates adjusted for inflation) to equity valuations found a positive relationship between the two variables. The study found that with every rise of 50 basis points in the 10-year yield, a one point rise in multiples could be expected. Of course, there’s no guarantee that these relationships will continue.

Of course, we can look back over history and see examples where rates went extremely high, resulting in a recession. The more notable example would be 1982 when Chairman Paul Volker of the Federal Reserve was trying to battle stagflation and the federal funds rate went over 20%. However, that was relatively short-lived. Overall, higher rates don’t necessarily result in a falling stock market as much as they tend to drive sector rotation.

CHART OF THE DAY: YIELDING GROUND. The 10-year Treasury yield (TNX—candlesticks) is testing … [+] historical levels of congestion and could find resistance around the 2% area.

Housing Market: Rising interest rates also have less effect on home prices than a person might think. Of course, this is also another complex relationship that has a lot of factors. Historically, rising rates have a tendency to get people to try and quickly close on a house to lock in a rate. The rise in rates often has a short-term chilling effect on home prices, but then as homebuyers get used to the new conditions, buying eventually will pick up.

If you compare the S&P/Case-Shiller Home Price Index to the 10-year yield on the thinkorswim® platform, you can see there are several times when home prices and yields rise and fall together.

Good in the Hood: Housing also tends to be very localized. While certain parts of the country could be experiencing booms, others may be experiencing busts. Most are likely somewhere in between. Let’s look at some examples using data from the National Association of Realtors. During the 2007 housing bubble that was busted by the Credit Crisis, Cape Coral-Fort Myers, Florida experienced a 50.8% change in home prices from Q4 2007 to Q4 2008. Buffalo-Niagara Falls, New York saw almost no change in housing prices, rising just 0.08%. Whereas, Dover, Delaware experienced a 6.5% increase in housing prices.

Our House: Perhaps a better indicator of changes in housing prices is the relationship between housing prices and personal incomes. When the price to buy a home takes up too much of a family’s budget, something has to give. Unfortunately, the current national home price to income ratio is above where it was in 2006 before the housing bubble popped.