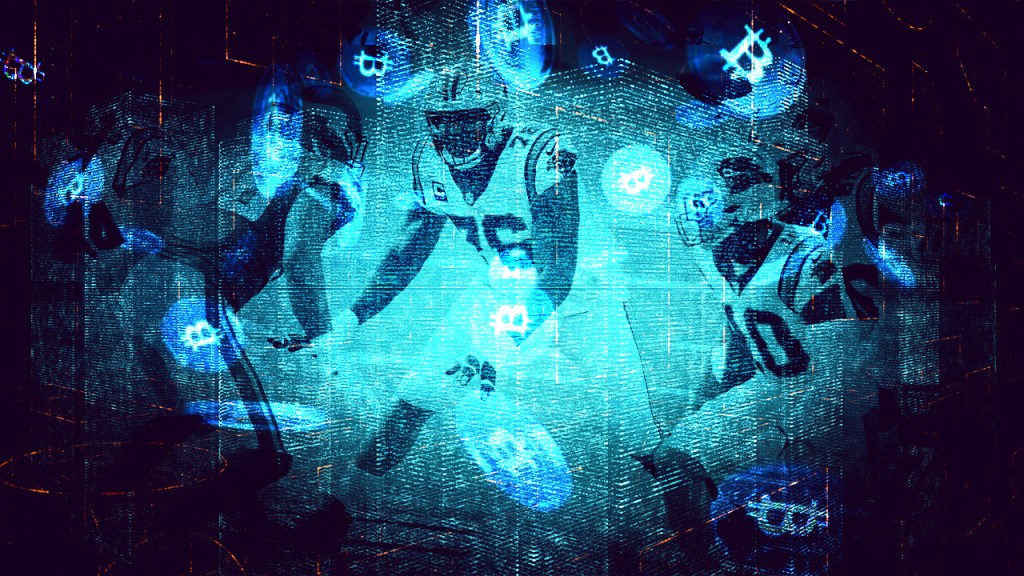 Amid the economic disruption caused by COVID-19, professional athletes in the U.S. have shown a growing interest in cryptocurrencies to diversify their portfolios and beat inflation-related losses on million-dollar contracts.

According to a report from Cointelegraph, the total cryptocurrency market cap reached $3 trillion in 2021. Bitcoin (BTC), the most popular cryptocurrency in the market, reached an all-time high last February, exceeding $65,000 in value following Tesla’s announcement that it had acquired $1.5 billion worth of the digital coin as part of cryptocurrency exchange platform Coinbase’s IPO. Then, on Saturday, Bitcoin plunged more than 20% to $42,000 before recovering to $49,012 on Sunday evening trading.

Despite the high risk and volatility, a handful of professional athletes spoke publicly about getting paid in Bitcoin. Carolina Panthers offensive lineman Russell Okung was the first to publicly request his $13 million salary in Bitcoin in 2020, and his early adoption of crypto has paid off to date. Okung transferred half of his earnings, or $6.5 million, into about 240 BTC, which are now worth $14.1 million.

Noel LaMontagne, a former NFL player who is the director of Verdence Capital Advisors, thinks more athletes are likely to follow suit, but they don’t necessarily understand the consequences and risks attached. “Athletes tend to ride trends,” LaMontagne said in an interview. “And locker rooms are horrible places to get advice, but unfortunately that’s where most athletes get advice. If one person in the locker room is speaking confidently about some new, shiny, trendy sexy thing, then somebody else is going want to figure out how they can have it, too. Crypto has become one of those things. Not even financially savvy people necessarily fully understand it. While it can be valuable, crypto is very volatile. And I think a lot of athletes lose sight of these details when they do these deals.”

One of the reasons Bitcoin became highly popular is that it is believed to have the potential to hedge against inflation. Unlike other crypto and fiat currencies, Bitcoin has a fixed and restricted supply. As of August, 18.77 million Bitcoins have been mined and only a total of 21 million tokens can be mined in total, although some believe that is an asymptotic cap.

“It’s not just Russell Okung, but it is also Aaron Rodgers and Odell Beckham and many high-profile athletes,” Chris Matta, president of 3iQ digital asset management, said in an interview. “We will see more athletes [investing in crypto] especially in the global macro backdrop of inflation, the aggressive monetary policy, and money printing, which means that inflation is higher, and investors need to be more aggressive with their portfolio to outperform inflation. And it’s going to be more than just Bitcoin.”

Spencer Dinwiddie of the Washington Wizards is among the pro players who have been advocating the importance of blockchain and cryptocurrencies. The point guard recently started Calaxy, a token-based blockchain app for influencers and their communities. The platform only accepts payments in cryptocurrencies.

“Athletes historically have invested frequently in alternative asset classes,” Matta said. “Shaquille O’Neill was one of the early investors in Google before it went public. He also invested in real estate, so did others.” The 1994 MVP Hakeem Olajuwon and 1995 MVP David Robinson made more money in their real estate investments than playing basketball, according to Justine Levine of Fadeaway Finance, a real estate investment firm that works with the Houston Rockets. More recently, venture capital has piqued some of the top NBA stars’ attention, including Kevin Durant and his company Thirty Five Ventures.

While some NBA players have announced publicly they are interested in getting paid in crypto, NFL players seem to lead the trend. Beckham, now with the Los Angeles Rams, tweeted on Nov. 22 that he would be partnering with Cash App to receive his new full salary in Bitcoin. The Packers’ Rodgers recently joined the crypto exchange FTX’s Ambassador Team and asked for his compensation in cryptocurrency.

Michael Green, Chief Strategist with Simplify Asset Management compares the hype around cryptocurrencies to when celebrities wanted to get paid in euros instead of dollars in mid-2000s. “But bitcoin is not the euro. It is not accepted as a currency anywhere in the world except El Salvador. The volatility of bitcoin remains extreme,” he said over email.

Although there are questions around overall risk, more athletes are joining others and investing in digital currencies. Most recently Saquon Barkley, the New York Giants’ running back, announced he will receive all his income from marketing and endorsement deals in Bitcoin. Trevor Lawrence partnered with Blockfolio, placing his $24 million Jacksonville Jaguars signing bonus into crypto last May.

“The issue with cryptocurrencies is that the only thing behind them is an amazing technology such as blockchain, but apart from that, there’s no asset, government or institution that backs the value of these currencies,” said Esteban Brenman, a tech entrepreneur who has been involved in crypto space for more than a decade. “This, together with the immaturity of the environment, makes crypto tremendously volatile, [and] thus only suitable for people with experience in investments and lots of courage to navigate through bad times.”

(This story has been updated in the headline and with Bitcoin’s price on Sunday in the second paragraph.)