In the U.S., only the wealthy can afford to live near rising seas 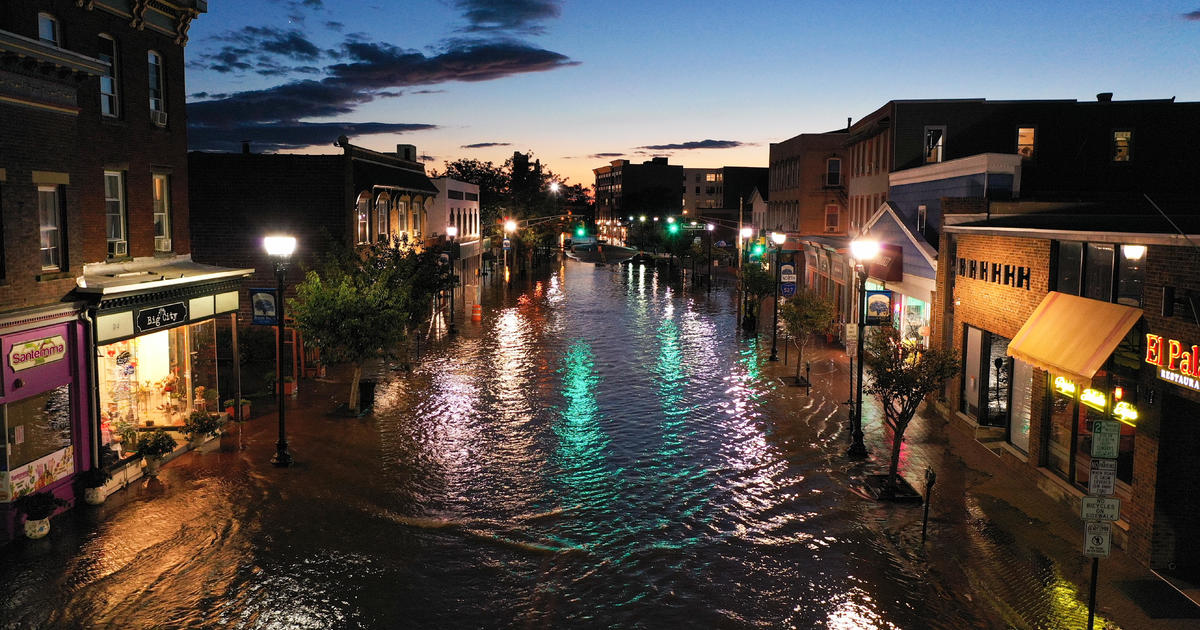 Hurricane Ida now ranks as one of the costliest ever U.S. storms, with its toll estimated at $100 billion and 82 deaths — a stark reminder of the heightened risk of flooding due to climate change. Yet coastal real estate at risk of inundation is still in high demand and selling for a premium, experts say.

A typical home in a high-risk flood area sold for $402,000 in the first three months of 2021. up 14% from the same period a year ago, according to real estate company Redfin. In 2020, prices flood zones climbed 10%. In July, the 10 most popular places to move in the U.S. were all in Florida, with Miami topping the list.

“Especially for wealthy people, living in an area like Miami is a luxury they can afford, and one they may want to afford even if it’s not the most wise investment,” he said. “At the same time, wealthy people have the money to make the investment to make a home more resilient.”

In May, Florida Governor Ron DeSantis signed a $640 million resiliency bill to temper the impact of sea level rise in the state. Yet luxury developers were already moving to higher ground, sometimes at the expense of the city’s lower-income neighborhoods. Miami lost seven mobile-home parks, or about 700 housing units, in the five years through 2020, according to one advocate’s estimate.

It’s not just Florida. The 50 U.S. counties with the most flood risk grew in population from 2016 to 2020, while the 50 with the least risk lost residents, another Redfin analysis found this year.

“Not a rational long-term investment”

For most Americans, buying a home is not only the biggest investment they’ll ever make, but also the best way to pass wealth on to the next generation. Wealthy homebuyers, by contrast, are mostly thinking about how to use the property now, according to experts.

“A good number of wealthy people who invest in American coastlines aren’t thinking about those investments as long term, intergenerational wealth transfer,” Jesse Keenan, an associate professor of real estate at Tulane University, told CBS MoneyWatch. “So there’s not a rational long-term investment associated with that. And that’s particularly true among the ultra-wealthy who disproportionately own so much of American assets.”

Since 1880, sea levels worldwide have risen by 8 to 9 inches on average as humans have pumped more carbon dioxide into the atmosphere. Seas are widely expected to rise at least another foot by 2100. And even a small increase in sea levels. is likely to have severe impacts, scientists predict.

In California, where events like severe drought or wildfire are more likely to make headlines than floods or hurricanes, home purchasing patterns show that sea level rise has yet to discourage most buyers, a recent UCLA study found.

“We don’t have hurricanes and we don’t have these floods in California, so people don’t have this kind of imminent danger feeling when they make these kinds of decisions,” economist William Yu, the study’s author, told CBS MoneyWatch. “They see the beautiful ocean view and proximity to the beach. They don’t factor that long-term risk into their current decision making.”

How the U.S. can prepare for extreme weather

Another factor that helps explain California residents willingness to buy property near the water is that, along the California coast, mortgages are typically held between 10 and 15 years, rather than the standard 30 years. That means a mortgage taken out amid the pandemic real estate boom would be paid by 2035.

More than $1 trillion of California’s $7.3 trillion housing market is along the coasts and susceptible to sea level rise, based on figures from Yu’s 2020 study.

One potential mitigation strategy floated by California officials involves the state buying coastal homes and renting them out until they are no longer livable, a form of what’s called “climate retreat.” That idea hasn’t gone over well with some homeowners, E&E News recently reported.

In North Carolina, meanwhile, the Federal Emergency Management Agency offered to buy out entire small towns ravaged by flooding. Some refused and now face bankruptcy as their population dwindles and remaining residents say they can’t take another climate disaster. Fewer residents mean lower taxes, a smaller budget and not enough money to rebuild downtowns in the same resilient way wealthier areas may be able to, the New York Times recently reported.

Call of Duty: Vanguard’s Graphics Are So Real, Actual War Journalists Went Inside the Game Engine to Capture Photographs of It