How Michelle Pfeiffer Earned And Spends Her $250 Million 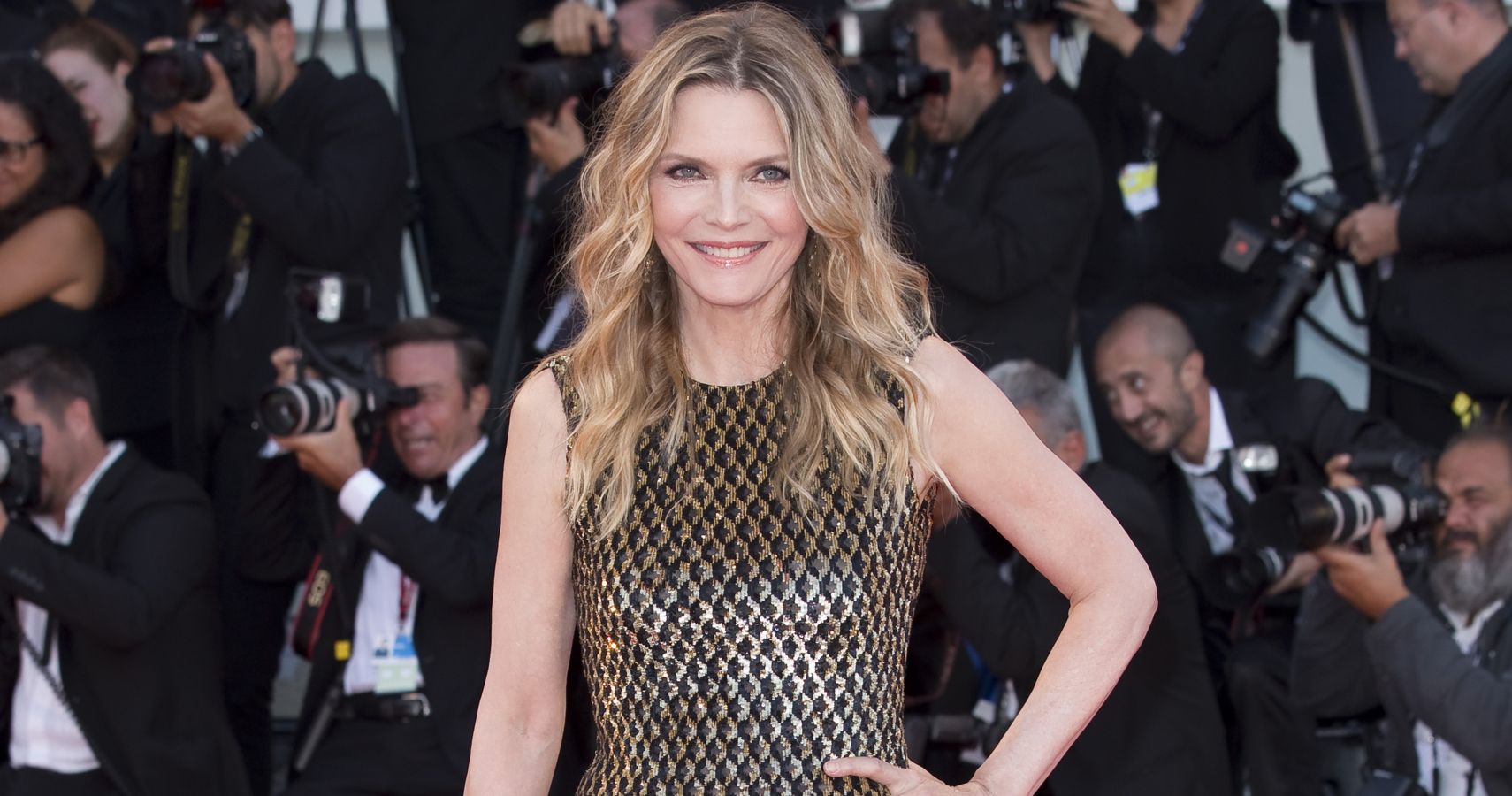 Michelle Pfeiffer has earned herself a massive fortune with her brilliant performances over the years.

The stunning actress lives a luxurious life enjoying her millions with her husband, David Kelley. Known for her versatility and stunning looks, Michelle Pfeiffer has enjoyed a successful and outstanding career with her popularity as a movie actress. Before even joining the entertainment industry, Pfeiffer has entered and won several beauty pageants as a teen for her beauty and brains. She briefly studied being a court reporter until she decided to pursue acting as a career. She started working on television and appeared on shows like Fantasy Island.

After taking in minor roles on television, Michelle Pfeiffer ventured into movie acting, where she found success with breakout roles in Grease 2 and Scarface. With her acting skills, Pfeiffer went on to earn a nomination in Oscar’s Best Actress category for her role in The Fabulous Baker Boys. She became a household name when she took the role of Catwoman in Batman Returns and continued starring in different movies like White Oleander and Hairspray and Wizard of Lies, where she earned the nomination for Golden Globes. She has her star on the Hollywood Walk of Fame and married a television writer and producer, David E. Kelley, since 1993.

Michelle Pfeiffer and her loving husband, David Kelley, had no trouble spending money to relax and enjoy a peaceful, tranquil day. For this reason, the couple invested in a lot of real estate properties with great and stunning views. Among these properties is their gorgeous log cabin in British Columbia, which they reportedly bought for $35 million. The property is about 340-acre in a remote area where even the postage service hasn’t reached yet. It has a beautiful backyard and can only be accessed only by boat. However, the couple seemed to want to explore other vacation properties, so they decided to list the property on sale for $28 million in October 2017.

To add to her wealth, she also made pretty good money from having her own perfume line, which she named Henry Rose. Pfeiffer boasts that the perfume is non-hypoallergenic and non-abrasive. She loves the perfume because she does not want to expose her kids to anything that may be toxic to their skin. The creation of the perfume took years as her team compiled different ingredients to make the perfume. Finally, after some tests and samples, they were able to produce the perfume with five different fragrances, which intends to evoke the personal memory and feeling of a person by just smelling the perfume. Knowing how successful Michelle Pfeiffer is, it is not surprising that she was able to raise $250 million net worth. She has worked so much in her life and dedicated a great amount of effort to each of her performances. With her efforts to earn money since she was a teen, it is understandable if she prefers to enjoy her life lavishly.

The couple seems to be obsessed with real estate investments as they purchase numerous properties. In 2004 and 2008, they have acquired two parcels in the San Francisco suburb of the Woodside, which is about 8.7 acres, and they paid for it for a total of $20.6 million. They decided to list the property for sale in 2018 for $29 million; however, buyers seem uninterested in the property for that amount. With a price cut of $7 million, the couple was able to sell the property for about $22 million in January 2020.

The couple seems to love exploring different properties; following the couple’s property purchase; they have yet again bought a property, this time in Pacific Palisades in Los Angeles. They spent $8.15 million for a home in this location. After two years of staying in the property, they decided to buy the property next door in September 2018 for about $7.7 million, which totaled the two properties for $15.85 million. After they enjoyed the property, they decided to sell the two properties again in January 2020. The first property was sold for $9.1 million to the owner of Astros, Texas businessman Jim Crane and the second property was sold for $7.3 million, totaling $16.4 million for the two properties.

Different brands use celebrities to campaign and endorse their products; this includes actress Michelle Pfeiffer who exudes stunning visuals even at age 64. Her beautiful skin radiates youthfulness, and she claims it’s because she uses Sodashi products for her skin. The brand is not at all cheap and is not at all affordable; however, if it means looking as young as Michelle Pfeiffer today, then it will be a worthy buy. Pfeiffer claims the product is good because they only use natural ingredients and is not harmful to the skin.

2 Spends: Travel with Family and Friends

While Pfeiffer is not busy with doing movies and projects, she spends time with her family and friends traveling. The actress was spotted left and right on her travels with family and her friends on different occasions and at different locations. Among the sightings of the actress on vacation was when she was with a friend, Giorgio Armani, on an exclusive island in Italy named Pantelleria. The said island is said to be a secret island in Italy and costs a lot to go to.

Other than buying expensive real estate properties, the actress also fancies luxurious cars. She was seen driving luxurious cars throughout her career; one of the vehicles she was seen driving is a Range Rover that was estimated to be worth $100,000 in retail. Though Range Rover is not considered a luxury car for some people, it is a luxury large SUV class that can range from $90,000 to $180,000 from their most basic car to the most powerful V8 variant.

READ NEXT: Ron Howard’s Age, Family, And How He Spends His $200 Million Net Worth