How He Became Super Rich Entrepreneur 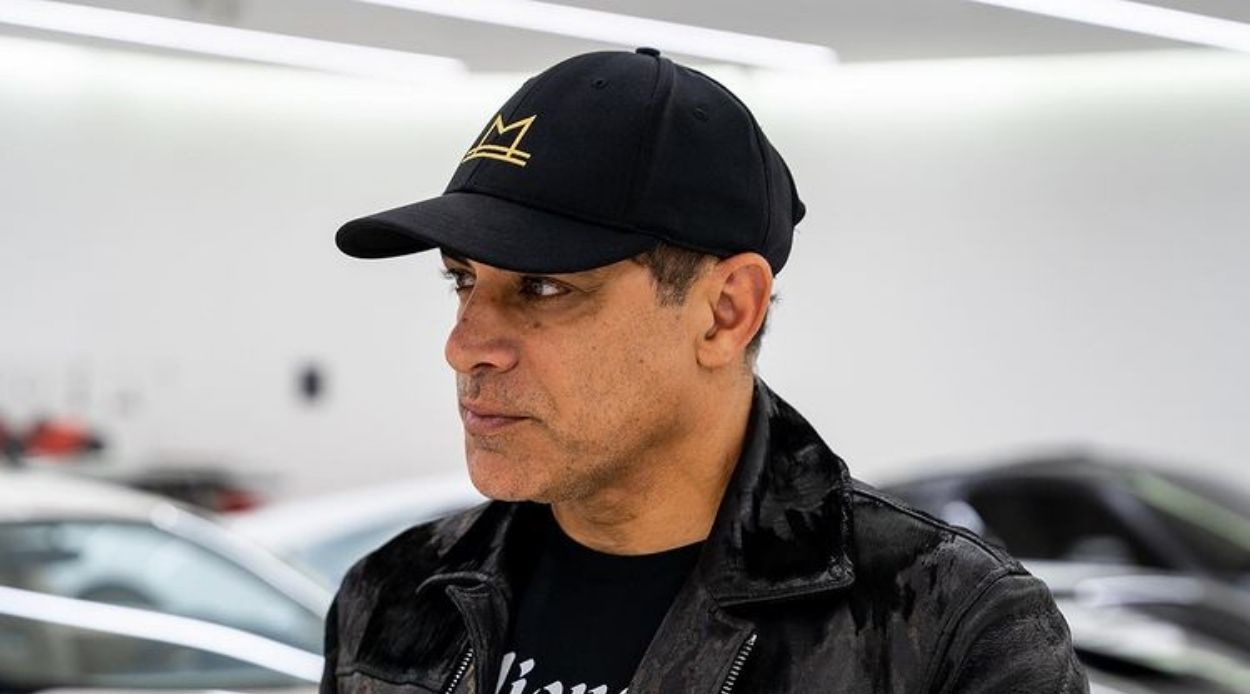 Manny Khoshbin was just fourteen years old when he moved from Iran to the United States in 1985. What is Manny Khoshbin Net Worth? Let’s Find out.

Unable to speak in English and struggling to find his place in a brand new country, the future tech mogul knew he had to put in the work to make it to the top.

From Kmart to Real Estate

In a profile in Forbes, Khoshbin recalled his early experiences in California, where he recalled the many social and financial constraints his family faced.

Khoshbin recounted the early days in the States, where he, along with his parents and three siblings, lived in a cramped station wagon until they could afford to rent a place of their own.

While a high school student, Khoshbin worked as a cart pusher at K-Mart, earning just $3.15 per hour.

Knowing he wanted to do more than work at a supermarket, Khoshbin began searching for opportunities on his own, eventually landing a door-to-door salesperson job for a multi-level marketing company that specialized in candy and nuts.

He has also spoken about the hardships he and his family faced as Iranians, discussing how he and his father skimped and saved while battling continuous racial abuse.

His job as a salesperson proved to be a successful endeavor; within two months, he was the highest-earning seller of the company.

At the age of 18, Khoshbin realized his employer was charging him much more for the products being sold than the bulk price at larger supermarkets, such as Price Club (later called Costco).

After noticing this, he made the decision to lease a small office and sell nuts on his own, thus competing with his former company.

Although the health department forced the business to close, Khoshbin had decided he would pursue a future as an entrepreneur.

In 1991, a family friend – who happened to be a real estate broker – approached Khoshbin about potentially purchasing a mobile gas station with just a 10% down payment.

Despite this also being an unsuccessful business experience, Khoshbin refused to lose hope – despite having lost all of his savings.

Broke and unemployed, all signs pointed towards Khoshbin being a financial failure.

However, he preserved, obtaining a real estate license in 1992 and working as a loan officer at a mortgage company.

Six months in, he ventured out on his own and started a mortgage and realty company to invest in distressed properties under the control of banks.

Realizing he had to adapt to the digital age, Khoshbin sought to combine his real estate prowess with new technologies.

He dedicated his time to research the world of real estate, choosing a single-family home in Gardena, California, to be his first investment property.

Khoshbin poured a significant amount of time and effort into fixing up the home, renovating it with that little credit he had left to his name.

Two years after it went up on the market, the value of the house skyrocketed, rising to a net of over $100,000.

Khoshbin, delighted by the success, officially found his calling.

Riding on the heels of his real estate triumph, Khoshbin focused on purchasing and renovating three more homes.

After achieving similar results with these new properties, Khoshbin expanded into working on apartment buildings before venturing into commercial real estate.

Although Khoshbin lives in California, many of his real estate holdings are located across the state of Texas.

Manny Khoshbin has bought and sold over $450 million in commercial real estate through his self-owned company, becoming one of his generation’s most admirable and successful entrepreneurs.

Khoshbin resides in California with his wife and two children.

His wife, Leyla Milani, is an Iranian-Canadian actress and model who has appeared in Deal or No Deal and The Oprah Winfrey Show.

With a net worth of approximately $80 million, it is no surprise Khoshbin has been able to invest in an extensive collection of luxury cars.

His obsession with collecting is the biggest draw for his Instagram followers, who respect his dedication to the specialized interest.

Overall, his collection of cars is worth over $25 million and includes three Bugattis, a Fill-Carbon McClaren P1, a Porsche 918 Spyder, two SLR Mclaren roadsters, three Rolls-Royces, a Lamborghini Aventador, amongst other jaw-dropping vehicles.

Khoshbin is a fan of sharing his collection with fans and supporters via Youtube, often providing an intimate look into his process of restoring and caring for these cars.

“My private jet […]I don’t care much for the sky, I rather be flying on the ground.”

On storing the cars in a custom Irvina garage, Khoshbin stated that insurance alone costs a minimum of $100,000 each year:

“I have a blanket policy because I don’t drive all my cars all the time, and I think I pay close to $100,000 a year which is very cheap.”

Books and Tips For Success

In addition to being a real estate mogul and technological influencer, Khoshbin has released a how-to guide on being an entrepreneur.

In Driven: The Never-Give-Up Roadmap to Massive Success, Khoshbin dissects the steps he took to become one of the world’s richest and most sought-after businessmen, taking readers through personal ups and downs to provide an authentic look into the industry.

In the book, Khoshbin teaches you how to become successful on your own terms by challenging yourself and studying mistakes and failures.

Khoshbin also stresses the importance of passion in the field, stressing the need to be wholly absorbed by the creative and financial side of every project.

There is also a significant element of teamwork involved in working for oneself, proving isolation is not the key to achieving the same level of success as people like Khoshbin.

At the end of the Forbes profile, Khoshbin notes that adding value to your own work is the long-term goal of every project.

‘We’re absolutely not going to stick to the speed limit’: Gumball Rally gets ready to peel out of Toronto after showing off cars