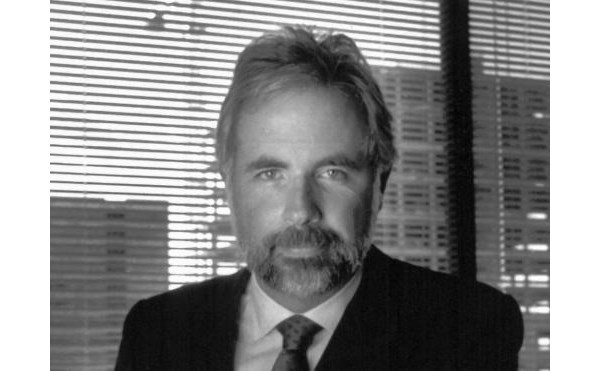 G. Drew Gibson
1942 – 2021
Drew Gibson loved nothing more than a great story. The best one he ever spun was his own. A proud self-made man of Cherokee heritage from Oklahoma, he was born to smart, salt of the earth parents, his geologist father Gib, and his schoolteacher mother Gladys. Drew, a cousin of Will Rogers, also “never met a man he didn’t like.” He parlayed that openness and respect for others into his gift for not only optimizing every situation, but also his Pied Piper nature. Where he led, others followed, and enjoyed the journey he created.

Always the Eagle Scout he became, he also filled his youth with industrious early entrepreneurship: building storm cellars; running an ice cream truck; stinting as a Disneyland staffer; all preceded completing his degree at the University of Oklahoma in 1964. The wide world beckoned, first in the form of the Navy and Vietnam. Drew, a decorated Naval Aviator, earned two Air Medals and other awards. He took off and landed on aircraft carriers. In addition to piloting other planes, he ultimately flew as a Patrol Commander of a squadron of large submarine-chasing seaplanes, the Martin P5M Marlins. His Navy nickname “Hoot” followed him home to his next stop, Silicon Valley. There he chose real estate as the beginning of his career. He wrote the next Drew Gibson chapters about a legendary area he helped build, a museum he loved, and the people he celebrated.

The people most paramount to him always were his family: his beloved soulmate, “bride” and partner in all things for over 43 years—Katie; and the lights and pride of his life, his children—Janelle, Drew and McKenna. He was a juggler and plate spinner, consistently trying to make time to share life’s adventures and smaller moments with Katie, his kids, and his ever expanding circle of close friends. You counted yourself lucky to be a “Pal” or “Buddy” of Drew’s, enjoying his endless curiosity, indomitable positivity and sage intelligence.

Drew met many of his closest friends early on in the world of Silicon Valley real estate. He first excelled as Sales Manager for the San Jose office of Coldwell Banker Commercial Real Estate, prior to joining the Koll Company in 1973. From 1973 to 1985 he was President and Managing Partner of the Koll Company’s Northern California Division, based in San Jose. Under his direction and leadership the division developed and managed over 9 million square feet of office and industrial projects in the San Francisco Bay Area, from mid-rise office buildings to major R&D projects. He next founded, along with his great partner Steve Speno, Gibson Speno LLC, a real estate investment and consulting company, initially specializing in apartment buildings and development of residential investment areas in California and out of state. He was also a Director and co-owner of Preferred Community Management, Inc. a real estate management company.

In addition to those responsibilities, Drew expanded his horizons with board work and philanthropic endeavors. He was a former Chairman of San Jose Water Company, a public utility listed on the New York Stock Exchange, and also served as a Director of Comerica Bank-California and Chairman of the bank’s Audit Committee. Drew was a founder and Director of ICE Mobility, an authorized national distributor of Verizon products, based in Chicago, Illinois and a Director and co-owner of Celluphone Inc., a Los Angeles based cellular agent.

Contemporary art was a passion, shared with Katie. Drew contributed as Chairman and Director of the San Jose Museum of Art Association and as a past member and head of the Museum’s Collection Committee. He also chaired the Museum’s Building Foundation, which was formed to raise funds and build the current museum building. Drew was integral in establishing the museum’s partnership at that time with the Whitney Museum of American Art in New York City, and Drew and Katie were members of the Whitney’s National Committee. Drew also served on the Advisory Board of the Sun Valley Museum of Art, in Ketchum Idaho.

Leadership, service, and learning were common themes for Drew. He was a Senior Fellow with the American Leadership Forum, and was a long standing member of the Urban Land Institute. He also served as a Director and Chairman of the San Jose Chamber of Commerce. Drew was a member and a Chapter Chair of the Young Presidents Organization and the World Presidents Organization (groups in which he made some of his closest friends). In recognition of Drew’s philanthropic and nonprofit involvements, he was a past recipient of the annual Community Service Award from the National Conference of Christians and Jews, and was selected as a Business Leader of the Year by Santa Clara County Magazine. After moving to the central coast, Drew joined the board of All Saints Day School and later became a Trustee of York School, a private high school in Monterey, California.

In any situation, Drew shared two of his most salient characteristics: his always ready sense of humor and playfulness, and his prodigious infectious energy. A room, deck, beach or river always felt fuller and more alive if he was in it. And if he was up and at ’em, he wanted his kids, dog, family and friends along for whatever ride was his current “E-ticket.” He loved to travel, the more exotic and adventurous the better—from the North Pole to Bhutan, from Tierra del Fuego to Cuba, from the High Caucasus to all parts in between. He read voraciously, loved films, music and concerts, and the more intellectual any conversation, the better. He was an excellent cook: BBQ ribs were his hands-down favorite. He loved to dance, ski and hike. Fly fishing was another passion. And golf. If he caught too few fish or hit too many balls he was still happy to be outside with his pals. And there might be an opportunity for a caper. Caper stories from high school onward were endless.

Besides his parents Gib and Gladys, Drew had a sister Maryann and her husband Jodie Hoffer, both of whom he loved dearly. All four passed on before Drew. Drew’s kids Janelle, Drew and McKenna, and his grandkids Annabelle, Watson and Jordi were his greatest blessings and endless sources of pride and tremendous mutual love for him. His son-in-law Smitty and future daughter-in-law Trea completed his immediate family perfectly. Katie’s brothers Scott, Kirk and Craig were Drew’s brothers as well; and he cared for Katie’s parents, Don and Bonnie, as his own. Drew’s touchstone, Katie, and all his family are unmoored by his passing.

Drew passed September 2021, surrounded by his family, after a long hard fought battle with acute myeloid leukemia. He was brave, spirited, funny, and huge hearted right up until the very end. Drew wanted a private celebratory gathering of family and friends when it would feel safer to do so. That gathering will be forthcoming. If you choose to remember him with a donation, please see information below; or donate blood or participate in your local blood drive. Keep someone like Drew alive.

In the meantime, remember and spin some of the multitude of great Drew Gibson stories. Share them together. Share them with his family. Laugh thoroughly and smile thoughtfully. There’s nothing Drew would have loved more.