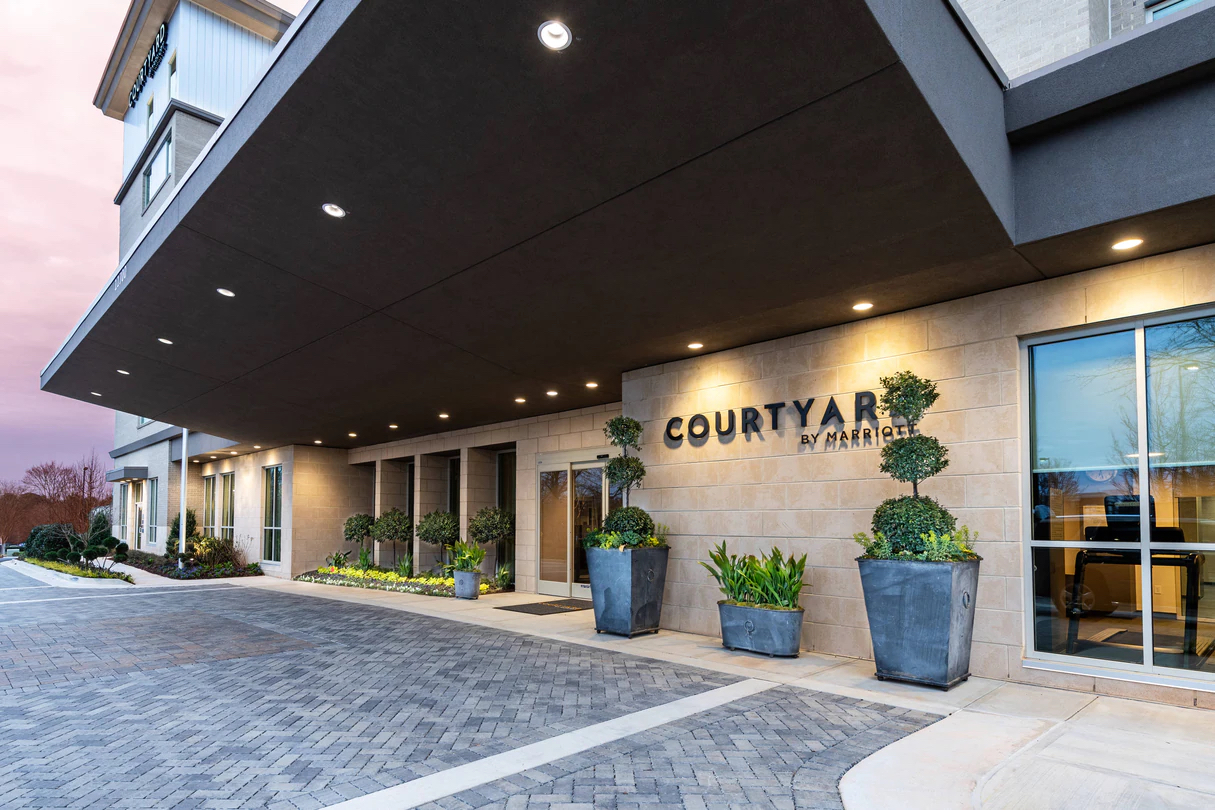 White Label Asset Management, an Irvine-based hospitality investment and asset management firm that launched in spring 2021, now counts a rapidly expanding portfolio topping 30 hotels. The five-person business has already surpassed $1 million in revenue this year and aims to double that figure next year.

The company oversees hotel properties in 14 states across the U.S.—it counts 10 different brands in its portfolio, and the properties are valued around $1.2 billion, it says—and has an ownership stake in a pair of properties, via a related business, Lionshead Capital Partners.

White Label was founded by Jonathon Vopinek, who previously served as vice president of asset management and marketing for Newport Beach-based R.D. Olson Development, among the largest hotel developers in the country.

Business and the Bible

Vopinek’s entire career has been in hospitality—dating back to his first job working the front desk at the Residence Inn Marriott in Anaheim during college—but the origin story of White Label Asset Management begins with church.

“When I was 11 years old, my parents decided to get a divorce,” Vopinek said. “But then they decided to go to church, and it saved their marriage, and they’re still married today.”

Vopinek himself found inspiration from the church and the mentors that came with it, and debated becoming a pastor, though the business world—specifically, hotel operations—served as a second calling.

He decided to pursue both at Biola University, where he majored in business and minored in biblical studies, while working in the hotel industry in Anaheim.

“I decided what I really wanted was to work in the business world while making a difference,” Vopinek said.

Family once again played a role in Vopinek’s path when he and his wife’s daughter, Savannah, died from sudden infant death syndrome (SIDS) in 2013 (see story, this page).

That tragedy, followed by several life changes, prompted Vopinek to look for a different job.

He received a job offer from Newport Beach-based Irvine Co. before being approached by R.D. Olson’s Bob Olson to join the growing local investment and development firm.

He took that offer, becoming the company’s first vice president of asset management.

“It changed my life, working for Bob,” Vopinek said. “I learned more than I thought possible, and greatly admire the way he took risks to build companies that went on to create so many opportunities for others.”

After the pandemic, Vopinek “had that same desire I had in high school to build my own business.”

Motivation to make the jump came in the shape of two large private equity firms, who sought Vopinek to head operations of a new asset management platform.

“Those opportunities gave me the confidence that I was ready to take the risk and try to build the company I had dreamed of,” Vopinek said.

This notion was bolstered by a vote of confidence from Joseph Martelli, founder of Irvine real estate advisory firm JMREI, who encouraged Vopinek in his goal while advising him to “follow my heart and keep my family first.”

Martelli, who has been a partner in several R.D. Olson hotel investments, also agreed to partner with the new company on hotel acquisitions.

White Label launched in April 2021 out of the same office as JMREI, with zero assets and no employees outside Vopinek. The latter part quickly changed with the hire of Dianne Markis, the former general manager of the Marriott Irvine Spectrum, as senior vice president.

“It’s been incredible to transition from being on the operations side of hotel management to now moving to the ownership and asset management side of the business,” Markis said.

The company eventually found its footing and entered growth mode.

The three other employees now on staff include Ashley Oliveira, who, like Vopinek, got her start at the front desk of the Residence Inn in Anaheim and later headed revenue management for Marriott; Vice President of Sales and Asset Management Liliana Garcia, who worked alongside Oliveira and Vopinek at Marriott; and Analyst Byron Goulard who graduated from Baylor University as part of the Business Fellows Program.

The team’s experience working in hotels “on the ground level has given us the ability to guide our hotels more strategically to reach our goals,” Markis said.

“White Label is built with a team of people who have served on the front lines of hotel operations, and we remain intimately connected to the things that matter the most: our people and the work they do each day,” she added.

The forefront of White Label’s business is asset management, not branding.

The company serves as a consultant for a variety of U.S. hotels—including a large Marriott portfolio owned by a major U.S. private equity firm, a property owned by the Marriott family, and a ground-up development in Southern California—to better drive value and profitability.

The company also serves as a consultant for a handful of properties, in which it offers guidance to hotels and their asset management team in a less involved manner than the asset management business.

The firm acquires and owns hotels under its property company umbrella, Lionshead Capital Partners. Those hotels are in turn managed by White Label.

In a venture with JMREI, Lionshead owns two hotels in Georgia and Texas. In January, it announced buying the 115-room Courtyard by Marriott Atlanta Alpharetta/Avalon Area, and in September, the 145-room SpringHill Suites Fort Worth TCU University.

White Label currently manages two properties in Orange County and is scouting for more, which it sees as the most “business-friendly” market in the state.

“There are barriers to entry, but that’s what we want,” Vopinek said. “We want challenging and unique properties where we can add value and drive returns for investors.”

The company hopes to asset manage at least 100 hotels in the next five years.

As part of White Label’s management model launched during the pandemic, it aims to increase efficiencies across its hotel portfolio with fewer employees as the industry continues to struggle with staffing challenges.

It wants to reduce work hours “while increasing wages,” Vopinek said, adding that its hotels this year are operating efficiently with 25% less labor hours, while increasing employee wages by 25% compared to 2019.

Hotel occupancy across the portfolio is also 2% ahead of pre-pandemic levels.