Crown Manor in Coronado on sale for $34 million 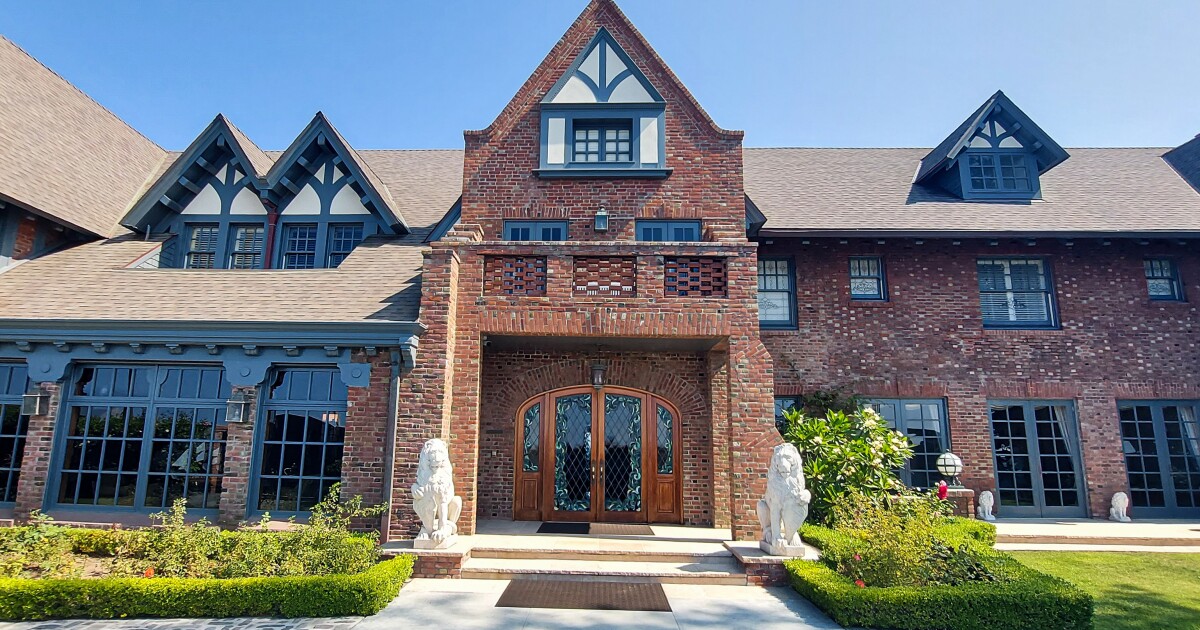 If you’ve got $34 million, there’s a Coronado mansion with ocean views, 12 bedrooms, marble floors and a 20-person dining room with your name on it.

Built in 1902, the sprawling 23,957-square-foot Crown Manor mansion on Ocean Boulevard — one of San Diego County’s most historic homes — recently went on sale with a bevy of upgrades. Even if there wasn’t a famous home there, the land alone would cost a fortune because it is across the street from one of the most celebrated beaches in America and a short walk to the Hotel Del Coronado.

This story is for subscribers

We offer subscribers exclusive access to our best journalism.
Thank you for your support.

The owner tried listing Crown Manor for $25 million in 2018 when the luxury market was not as hot as it is now. This time, he took a gamble with millions spent in upgrades and a little better timing.

Improvements — such as an advanced air and water purification system — set it apart from its 2018 listing. However, while upgrades create more value, it isn’t just a few new bells and whistles that caused a $9 million price jump — it was likely the chance of catching a big buyer. The luxury housing market in San Diego County is the hottest it has been in years and doesn’t show signs of slowing down.

One of several elegant living areas at Crown Manor in Coronado.

“You can put a $4 million home on the market and have two offers by next week,” said Steven Thomas, founder of Reports on Housing.

He said part of the reason San Diego’s luxury market is so hot is it is still considered a more affordable option in coastal California for wealthy buyers. Fortunes of most affluent Americans grew during the pandemic, in part because of large exposure to the surging stock market and the ability to work from home.

The billiard room at Crown Manor in Coronado.

An analysis from The Wall Street Journal found most Americans in 2020 gained wealth but more than 70 percent of the increase went to households that are among the top 20 percent of income earners.

If Crown Manor sells around its listing price, the mansion will join a growing list of large home sales during the pandemic. Bill and Melinda Gates (pre-divorce) purchased 2808 Ocean Front in Del Mar for $43 million in April 2020, and 8466 El Paseo Grande in La Jolla was bought for $24.7 million in late December 2020. Mitt Romney, former Republican presidential candidate and current Utah senator, sold his oceanfront La Jolla home in July for $23.5 million. The buyer was San Diego biotech entrepreneur William Rastetter, and his wife Marisa. This room was used for meditation at Crown Manor in Coronado.

San Diego is not the only market seeing the line between luxury and the median home price blurring, with the annual home price increase at 18.6 percent as of June, said the S&P CoreLogic Case-Shiller Indices. The National Association of Realtors said the nationwide number of home sales priced above $1 million year-over-year in May was up 244.5 percent. That’s compared to homes $250,000 to $500,000 up 47.9 percent.

Push on a book shelf to reveal this hidden speakeasy at Crown Manor in Coronado.

Crown Manor stands out among ultra-luxury listings because it is outside of where we have seen the biggest prices the last few years: Del Mar, La Jolla and Rancho Santa Fe. There are only two other homes for sale over $30 million in San Diego County right now, and both are in Rancho Santa Fe.

Listing agent Scott Aurich likes to say Crown Manor is the most iconic estate in Southern California. That is up for debate but it clearly has a storied history of famous guests, including former President Bill Clinton. In an effort to preserve its historic designation, and because the eight owners probably didn’t want to change a good thing, very little of the property has been altered since the early 20th century.

This large space includes a piano and early 1900’s music players at Crown Manor in Coronado.

“The detail in this house has been so well preserved,” Aurich said Tuesday during a tour.

Aurich, an agent with Pacific Sotheby’s International Realty, said Crown Manor is a value buy because the property is historically designated and property taxes are lower than other properties of its size because of the Mills Act. It also means there cannot be significant changes made to the home because of its historic designation. The house was designed by William Sterling Hebbard and Irving Gill, who is regarded as the region’s most prominent and innovative architect, said the San Diego History Center.

Gill’s work includes The Green Dragon cottages in La Jolla (demolished), experimental cottages in Hillcrest and Sherman Heights to make housing more affordable, the Marston House in Balboa Park (now a museum), the fountain in Horton Plaza (still around despite the recent demolition of the mall into a tech campus), The Bishop’s School in La Jolla (still has three of his buildings on campus) and numerous homes and churches throughout San Diego County.

Bill Clinton stayed in this suite in the 1990’s at Crown Manor in Coronado.

The property has been owned since the early 2000s by private equity manager Christopher Bower. Property records say the home was last sold for $5.5 million in 2000. Bower abandoned a plan last summer to rent out the mansion for overnight stays and events after neighbors complained. The Coronado Planning Commission voted down his initial plan and he decided to not resubmit. Aurich said Bower is selling because he hasn’t lived in the home for several years and has other properties in the area and in Florida.

Crown Manor is considered part of the Tudor Revival style with gabled roofs and a red-brick exterior. It has been a Coronado Historical Landmark since 1979 and is sometimes also referred to as the Richards-Dupee House.

Its features include a gated garden, 12 bathrooms, extravagant chandeliers, a 600-square-foot dining room, a game room, a “butler’s kitchen,” gym, saunas, rooms for staff and a saltwater pool.

There are also eye-popping amenities that a luxury shopper is unlikely to find in modern homes. It has a full salon on the second floor that could save a trip to a hairdresser, assuming a stylist is on staff. There is a sensory deprivation tank in the basement and a full speakeasy hidden behind a bookshelf. Unlike modern speakeasies, popular in luxury homes, this one was around during Prohibition.

A lot of the property has little details that can be easy to miss but have interesting stories. In a smaller dining room — this one for breakfast — there is a painting around the top of the walls that features an English countryside with polo players on horseback and, even though it doesn’t make sense geographically, Crown Manor is perched upon a hill.

The view of the beach and Pacific Ocean from the second floor of Crown Manor in Coronado.

Crown Manor has had eight owners since its construction. The home was commissioned by banker and rancher Bartlett Richards. Its most famous resident was probably M. Larry Lawrence, a real estate investor and major Democratic Party donor, who once owned the Hotel del Coronado. Bill and Hillary Clinton were his guests on at least two occasions.

Aurich said they have had discussions with three potential buyers recently, all from outside San Diego County. Like the total housing market, there is a lack of available homes for sale in the luxury space — probably increasing the exposure of Crown Manor.

Biggest home sales during the pandemic