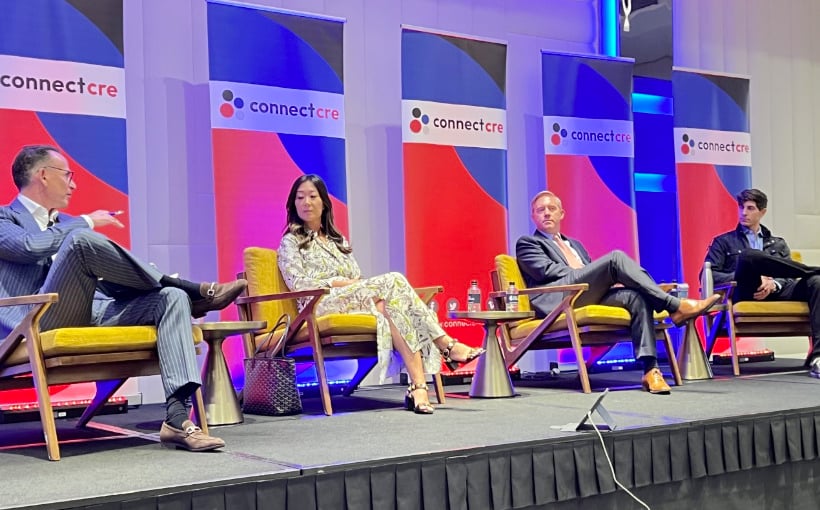 Lange tackled the question about market choppiness and dealing with the sudden shift in investor psychology, saying the switch has flipped and investors are not nearly as optimistic as they were at the beginning of the year. Regan said he remains optimistic, but there’s definitely more uncertainty with this defining quote, “It’s just math”, adding caution is required in the near term.

When it comes to debt, the panel noted that lenders are taking a more conservative viewpoint on valuations. Regan mentioned that senior institutions are pulling back dramatically, but Lange said that rates are still comparable from 90 days ago “for the right asset”. Lee remains hopeful that things may improve by the end of the summer.

When Renard asked how the pandemic has changed commercial real estate, Lee said the flight to the suburbs has reversed, and people are willing to pay a premium now to live in fun, urban areas. Regan added that indeed, multifamily rents are above pre-COVID levels. That being said, the office sector continues to lag, and Lange believes remote work is here to stay. He says businesses are being very choosy in selecting office space and making a “flight to quality”.

The office situation was talked about frequently during the Connect LA event. Regan says it will be years before the industry finds the office “sweet spot” again, adding that CIM is looking at smaller bite-size deals. When it comes to office-to-multifamily conversions in the Downtown area, Lee said the proposition is too expensive, especially with seismic retrofits and Lange simply claimed there needs to be government policy change to make it easier for developers.

While the rising interest rates and spiking inflation have sent the industry sideways, Regan sees light at the end of the tunnel, “If rates moderate and stay level for 60 days, we will feel much more confident about doing deals.”