Chris Noth: The demise of Sex and the City actor 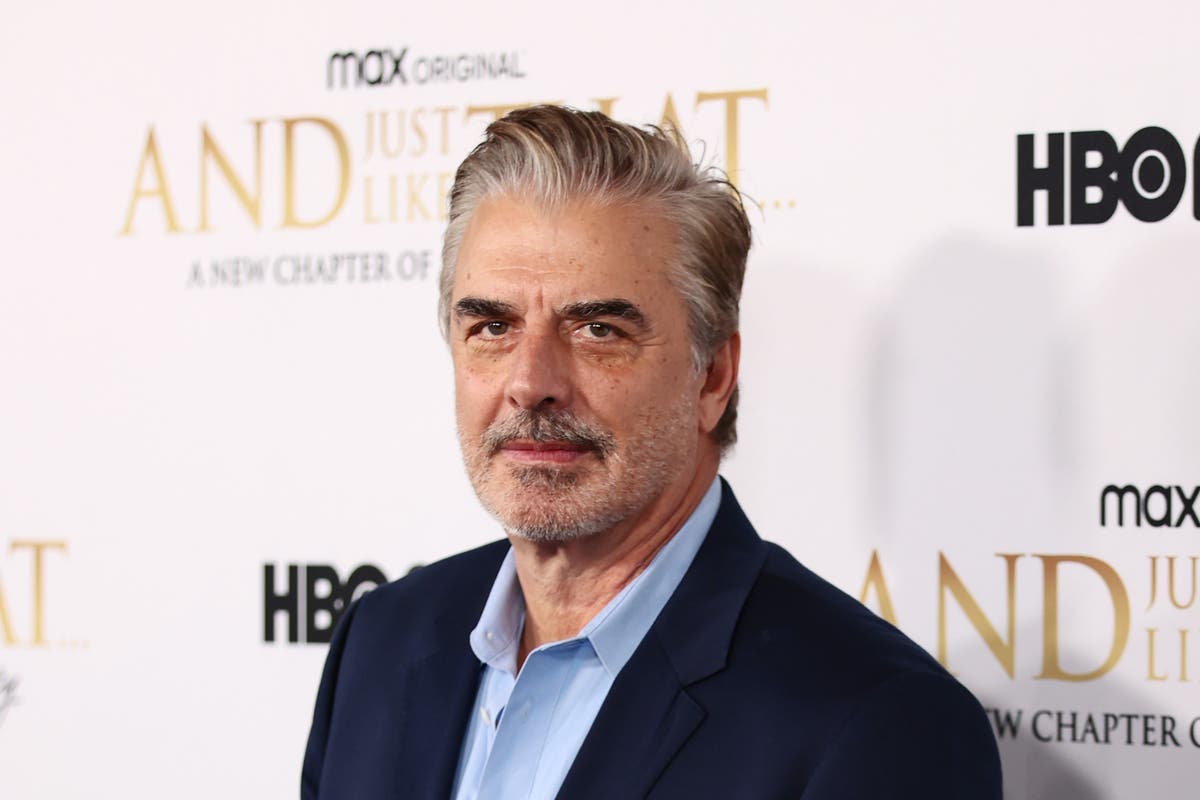 Zoe (who is now 40), alleges that he attacked her in 2004 at his apartment in Los Angeles. She would have been 22-years-old at the time. “It was very painful and I yelled out, ‘Stop!’” she told The Hollywood Reporter. “And he didn’t. I said, ‘Can you at least get a condom?’ and he laughed at me.” Lily, now 31, alleges that she was attacked in 2015, when she was 25, at another of the actor’s apartments, this time in the Greenwich Village area of New York. She claims that she tried to remind him of his wife and children as he attempted to kiss her. “He said marriage is a sham. Monogamy is not real,” she told The Hollywood Reporter.

Noth, who has been married to Tara Wilson, 42, since 2001, strongly denies both allegations. In a statement to THR he said: “The accusations against me made by individuals I met years, even decades, ago are categorically false. These stories could’ve been from 30 years ago or 30 days ago — no always means no — that is a line I did not cross. The encounters were consensual. It’s difficult not to question the timing of these stories coming out. I don’t know for certain why they are surfacing now, but I do know this: I did not assault these women.”

On December 17, though, actor Zoe Lister-Jones added weight to the allegations when she also accused him of inappropriate behaviour via her Instagram account. In the post she calls him a ‘sexual predator’ and claims that he was ‘consistently sexually inappropriate’ with a female promoter at a New York club that Noth owned.

On 18 December, a fourth woman came forward — a Canadian tech exec going by the pseudonym Ava in a story first published by the Daily Beast — who claimed that Noth had groped her while she was working as a hostess in a Manhattan restaurant in 2010. She would have been 18-years-old at the time.

Noth has denied the claims of all accusers, and insisted that Zoe and Lily were consensual partners. No criminal charges were ever filed against him.

Still, the allegations have had a domino effect, causing many to scrutinise Noth’s past behaviours and reappraise old quotes.

Multiple outlets have published extracts from an interview that Noth gave to Esquire in 2016. While discussing his role in the indie film White Girl, in which his character rapes the young protagonist, he is quoted as saying: “ultimately I had to go to that place, which is a pretty ugly place. I think [writer-director Elizabeth Wood] tapped into something, that there’s always dirty little secrets in a lot of men, who, when given the opportunity, will go to a place they wouldn’t even admit to themselves maybe, when it comes to sex.”

The Independent published an essay from Heather Kristin, a former Sex and the City stand-in (who was hired to act as a body double for Kristin Davis’ character Charlotte) in which she claims that Noth behaved inappropriately with her and other stand-ins on the set. As she writes: “The first time the “alpha male” actor slid his hand down my back and over my butt, I flinched. I was in my mid-20’s and had worked as an extra on movie sets for over a decade; I had never been manhandled. ‘That’s your spot, sweetie,’ Noth said, inching even closer…About a year later, Chris Noth pointed to another stand-in and said, ‘I want that one tied up, gagged, and brought to my trailer.’”

Perhaps the darkest and most damning story to surface from Noth’s past came out on December 17 when the Instagram account Diet Prada republished clippings from an article which seems to have first appeared in the National Enquirer in the mid-1990s.

It details alleged physical and psychological abuse that Noth inflicted on his then-girlfriend, the American model Beverly Johnson.

On the December 21, US celebrity gossip site, Page Six claims to have obtained the original court documents which Johnson filed in an attempt to secure a restraining order against Noth. According to Page Six, the filing reads: “Chris Noth punched me in the chest and ribs, injuring my ribs, making it difficult to breathe, punching and bruising my face and body in which I had to have medical attention…On July 27, 1995, he made repeated threats on my life making up to 25 calls per day threatening to kill me [and] destroy my face. Threatened to kill dog.”

It is difficult to look past the striking brutality of all of these claims. Noth vehemently denies any wrongdoing but it seems it hasn’t been enough to save the multiple endorsement deals he was working on, including one with Peloton, who’ve pulled the ad featuring the actor. He’s also been dropped from his TV show The Equalizer and the $12m sale of his tequila company has fallen through.

Growing up in Connecticut, Noth was the youngest of three brothers. His father died when he was just 11-years-old (“I was always looking to teachers in a needier way, because I substituted feelings of them being a father. I was desperately searching for that male voice,” he recently told Hadley Freeman at the Guardian) and he was brought up mainly by his mother, Jeanne Parr. She was one of the first ever female reporters, working for CBS News in New York in the 1960s. But Noth proved a handful. “I was driving my mother half wild with anxiety and madness,” he recalled to Entertainment Weekly in a 2008 interview. “I was probably headed toward a lifestyle of possible juvenile crime — but only because it was fun.” Parr eventually sent her wayward son to boarding school. Of this he told Entertainment Weekly: “I’ll never forget, as we were driving up, I looked to my left [and] there were three girls skinny-dipping… My mother didn’t see it, and I just went, ‘You know, Mom, I think I could really learn a lot at this school.”’

Chris Noth as Mr Big in Sex and the City

He later moved to New York and eventually attended Yale School of Drama.

Though it seems he’s never been short of acting work (he was reportedly paid $5m to appear in just one episode of Sex and the City spin-off, And Just Like That), his $16m net-worth (as reported by Celebrity Net Worth) is also the result of several real estate investments and business deals. Alongside his wife he owns two teahouses in Ontario, called Once Upon a Tea Cup. He was also an investor in New York nightclub The Plumm, and is still the co-owner of live music venue The Cutting Room.

It was The Cutting Room that Noth met Tara Wilson in 2001. At the time she was working as a bartender. The couple went on to marry in 2012.

As an actor he has appeared in several series of Law & Order, as well as The Good Wife but it was nevertheless Sex and the City which made him a star (a fact which he’s famously worn with unease).

The women at the centre of And Just Like That — Sarah Jessica Parker, Cynthia Nixon and Kristin Davis — released a joint statement via Instagram stories: “We are deeply saddened to hear the allegations against Chris Noth,” the statement began. “We support the women who have come forward and shared their painful experiences. We know it must be a very difficult thing to do and commend them for it.”

And Just Like That stars Sarah Jessica Parker, Cynthia Nixon and Kristin Davis

The deluge of headlines may well drown out any conversation about today’s episode of And Just Like That. And perhaps that’s exactly how it should be. It feels like another nail in the coffin for a show which is, arguably, already well past its best. His role as ‘Mr Big’ made him a pop culture icon for a whole generation of women but as Lister-Jones wrote in her Instagram statement ‘I couldn’t separate the actor from the man…’