Chicago Mayor Lori Lightfoot closes the book on a tumultuous 2021 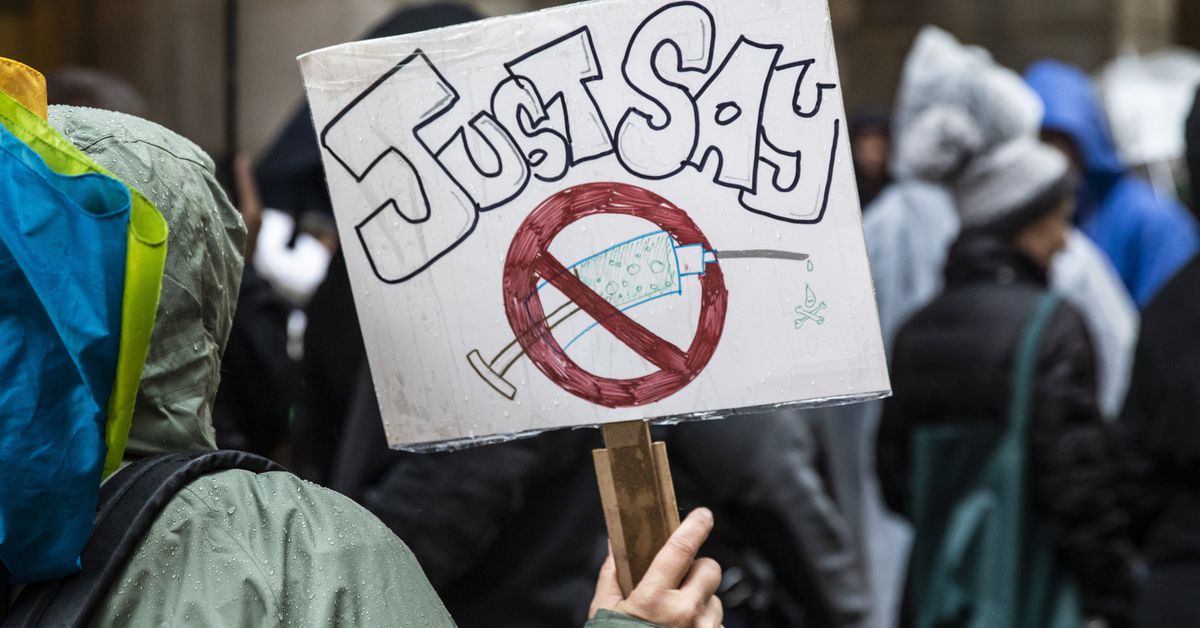 Two months after celebrating her midterm anniversary by doing interviews only with reporters of color, Mayor Lori Lightfoot said seeking a second term was “not a gimme.”

She talked then about the “toxicity of the debate,” the “physical and emotional tolls” of being mayor of Chicago and about what a “tough time” it was to be chief executive of any major city.

More recently, though, Lightfoot has signaled her intention to run again, with back-to-back fundraising trips to Washington and California and frenzied local appeals to small donors.

Still, you can’t blame her for thinking twice after the tumultuous year she and Chicago endured in 2021.

Nearly two years into the pandemic, coronavirus cases are surging yet again, forcing Lightfoot to impose another round of mitigations and threaten even tighter business restrictions.

Murders, shootings, carjackings and retail thefts that threaten to undermine Chicago’s economic future continue to rise, sending the city past the 800-homicide benchmark the mayor tried desperately to avoid.

The fatal shooting of 13-year-old Adam Toledo by a Chicago police officer in a Little Village alley after a foot chase shined an unflattering spotlight on what were supposed to be Lightfoot’s greatest strengths but turned out to be her greatest shortcomings: police reform and public safety.

A memorial for 13-year-old Adam Toledo was painted on the fence next to where he was fatally shot by a Chicago police officer in March. Adam had his hands in the air when he was shot in an alley near the 2300 block of South Sawyer Avenue.

Over Lightfoot’s strenuous objections, the Illinois General Assembly approved a 21-member elected school board championed by the Chicago Teachers Union and further weakened the mayor’s hand on Chicago Public Schools by giving expanded bargaining rights to a teachers union that has fought the mayor tooth-and-nail and will almost certainly field a candidate against her in 2023.

The Bears signed an agreement to purchase the 326-acre site of the now-shuttered Arlington International Racecourse for $197.2 million, leaving Lightfoot almost resigned to moving on at Soldier Field without the team.

Adding to the mayor’s headaches were a tidal wave of Chicago Police Department retirements, and a firefighters pension bill that, Lightfoot claims, will saddle beleaguered Chicago taxpayers with $850 million in potential costs by 2055, setting the stage for a parade of future property tax increases.

Lightfoot was painfully slow to react to the burgeoning lifeguard scandal at the Chicago Park District that finally culminated in the resignations of Superintendent Mike Kelly and Board President Avis LaVelle.

Homegrown Chicago Public Schools CEO Janice Jackson left what was once her dream job after tiring of the bitter battles with the Chicago Teachers Union and City Hall. 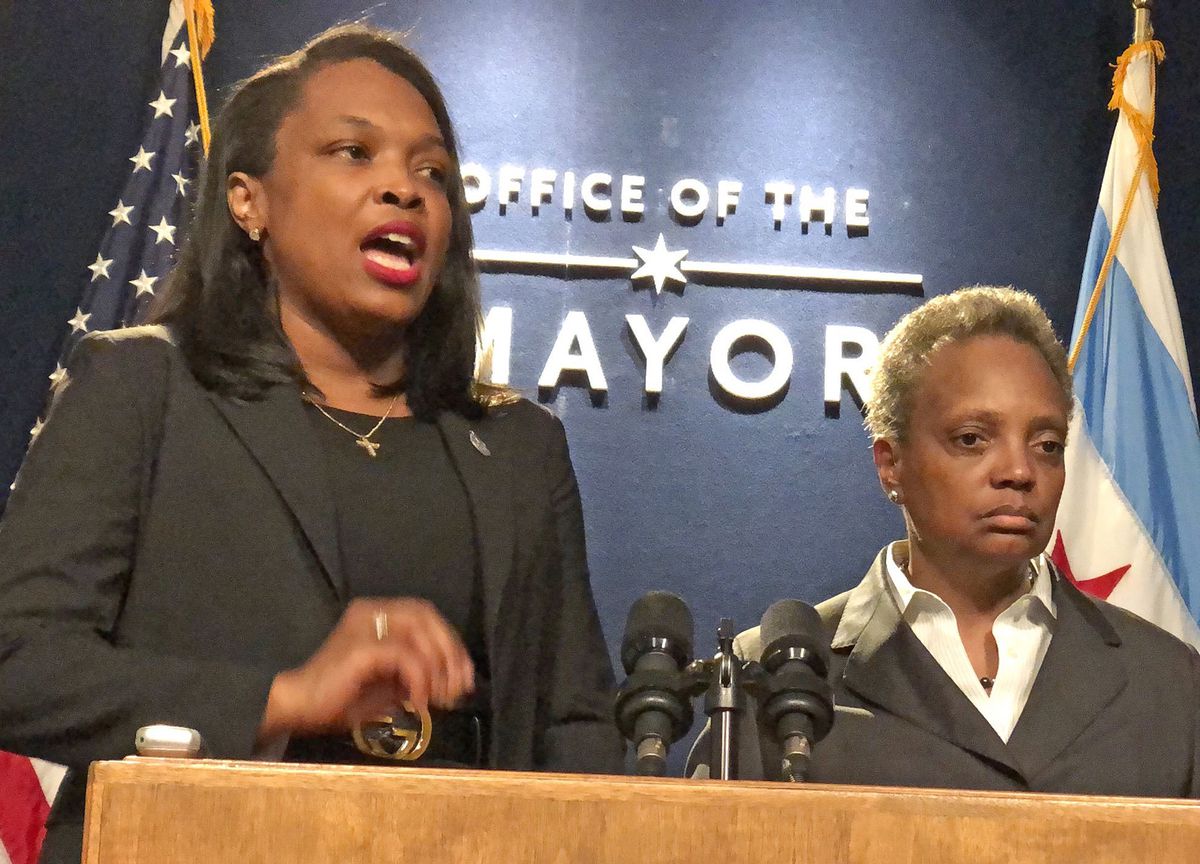 The revolving door among Lightfoot’s department heads and agency chiefs was on an almost continuous spin cycle, fueling questions about the mayor’s abrasive personality and her propensity to micromanage.

Those claims were further fueled by her own snide and sometimes cantankerous emails and text messages and by the shots that Corporation Counsel Mark Flessner and newly departed Inspector General Joe Ferguson took at her after leaving City Hall.

Lightfoot even had a bizarre, finger-pointing confrontation with Ald. Jeanette Taylor (20th) on the City Council floor after Taylor joined in delaying a confirmation vote on the mayor’s corporation counsel to protest the city’s treatment of social worker Anjanette Young.

The mayor tried to make it right as the year drew to a close by signing off on a $2.9 million settlement to compensate Young for the botched police raid that forced Young to stand naked and humiliated before a dozen male officers in February 2019 (they had the wrong address).

But the political fallout from Lightfoot’s changing story about what she knew and when she knew it about the raid is likely to continue. 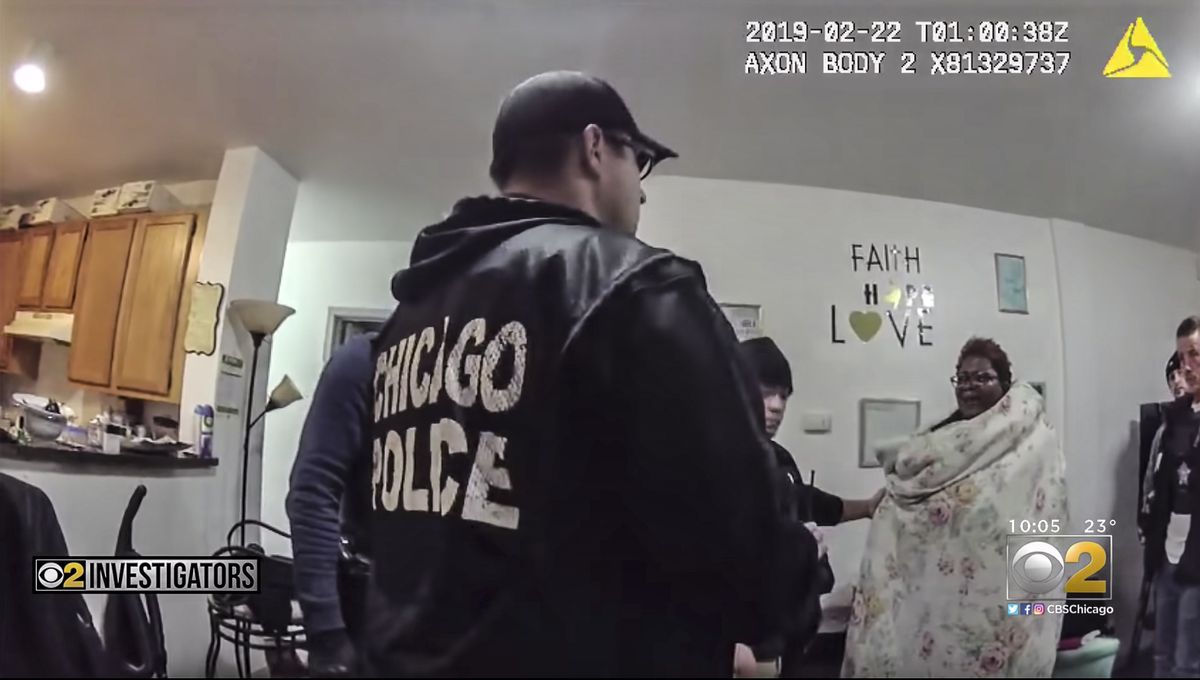 Police body camera video shows the raid on the home of Anjanette Young. Police had the wrong address, and the city eventually agreed to a multi-million-dollar settlement over the raid.

Lightfoot faced more political backlash after the August traffic stop in West Englewood that left CPD Officer Ella French dead and her partner fighting for his life after being shot by one of the men in the stopped car.

The mayor was told repeatedly that the wounded officer’s father, a retired CPD officer himself, didn’t want her on the floor of the University of Chicago Medical Center, where his son was being treated in the intensive care unit. Lightfoot ignored his wishes and got a tongue-lashing from the father.

Shortly after, Lightfoot walked out into the hallway and suffered another indignity. Officers gathered for French and her wounded partner turned their backs on the mayor as she approached.

Carlos Yanez Sr., the wounded officer’s father, subsequently accused Lightfoot of laying the groundwork for the tragedy with a string of reforms and policy changes that tied the hands of CPD officers. 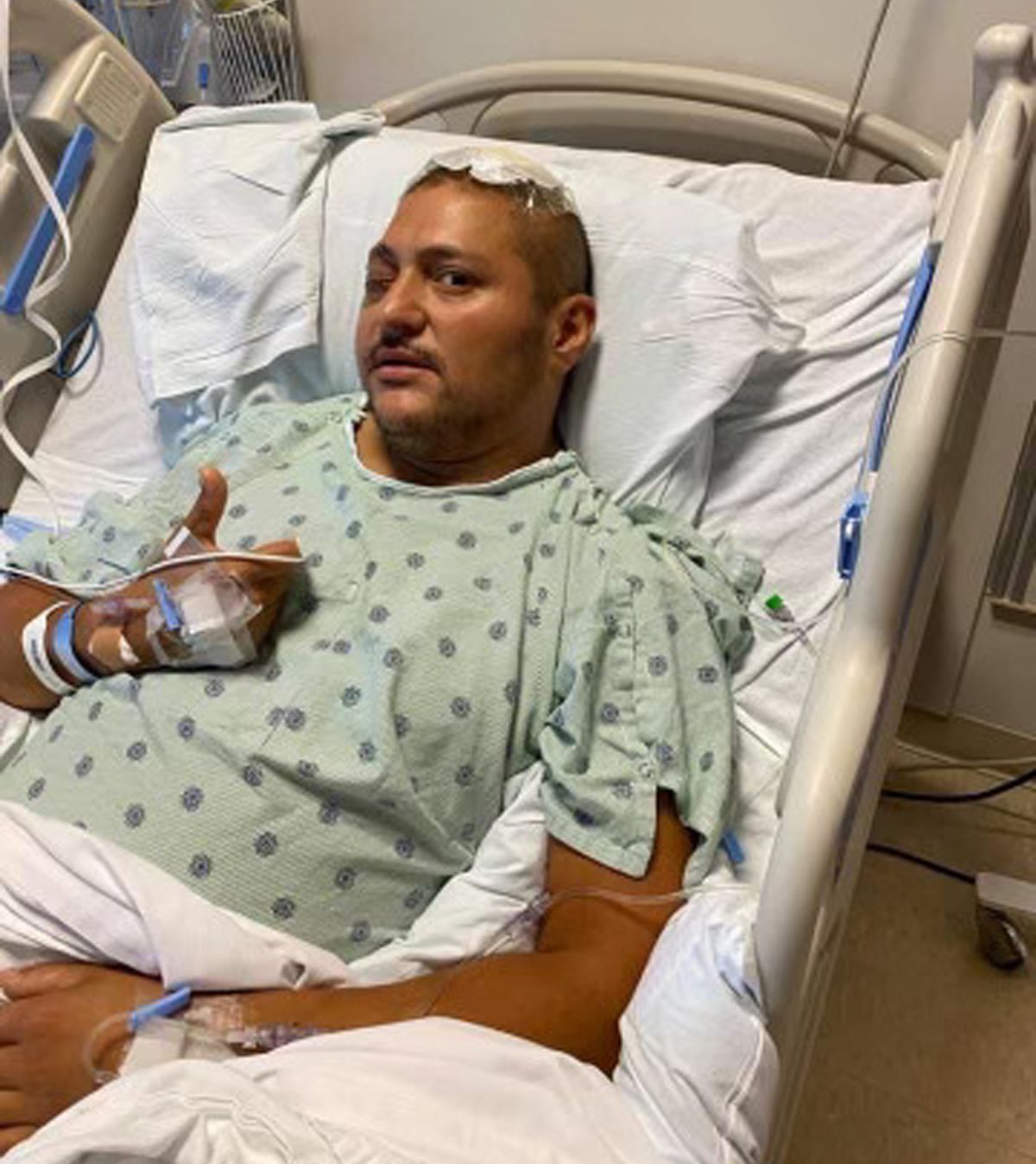 Chicago police officer Carlos Yanez Jr., shown recovering from wounds he suffered when someone in a car he had pulled over opened fire on him and his partner, Ella French, who was killed.

“When they show up, the bad guys are ready for them. They know they can’t draw their weapons. They know they can’t be chased. You can’t put hands on them without getting sued. Everybody’s got a camera and they’re always challenging them, provoking them. It’s a no-win situation for them,” he said. 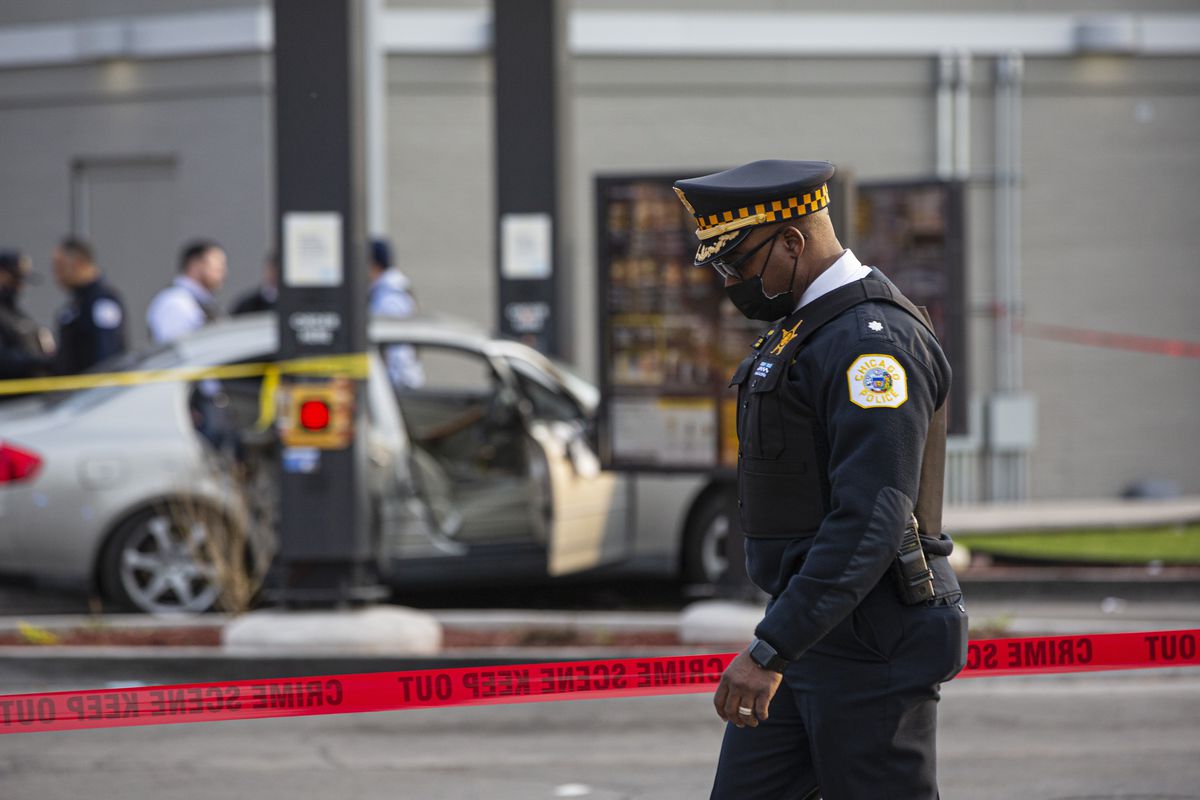 Chicago police investigate a shooting that killed 7-year-old Jaslyn Adams and wounded her father, Jontae Adams, 28, at a McDonald’s drive-through at the corner of West Roosevelt Road and South Kedzie Avenue in Lawndale, Sunday afternoon, April 18, 2021.

Even with all of those challenges, Lori Lightfoot has had more than her share of successes in 2021.

The mayor’s $16.7 billion budget sailed through the City Council, thanks to an avalanche of federal stimulus funds that paved the way for an unprecedented 30% increase in city spending.

What Lightfoot has called a “once in a lifetime opportunity to transform” Chicago allowed Lightfoot to play Santa Claus — even after using two-thirds of federal relief money to replace revenues lost to the pandemic in 2020 and 2021. 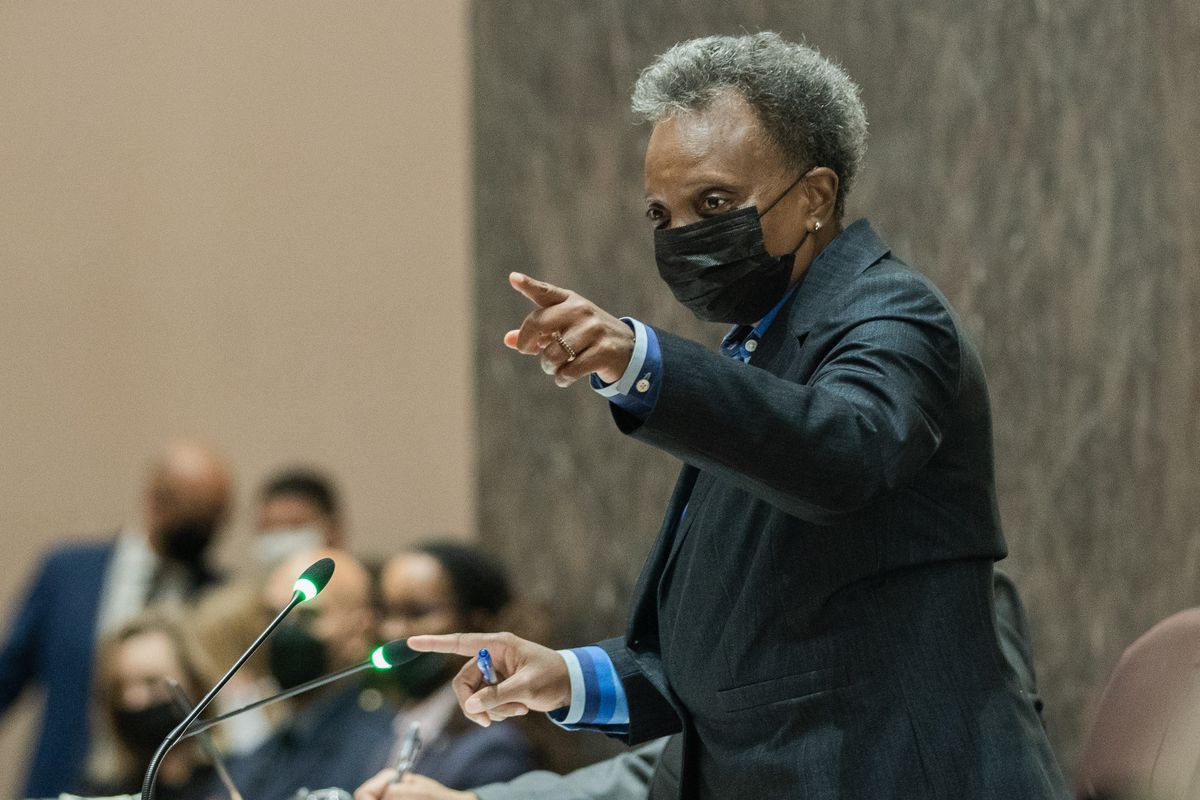 Chicago Mayor Lori Lightfoot speaks during the Chicago City Council meeting at which her 2022 city budget was passed in October.

An eight-year contract that gave rank-and-file Chicago Police officers a 20% pay raise, more than half of it retroactive, finally resolved the longest-running labor dispute in the city’s history.

She celebrated the two-year anniversary of Invest South/West, her signature plan to rebuild long-neglected neighborhood retail strips in 10 community areas and, in turn, build generational wealth in communities of color.

The latest step in that effort was choosing development teams prepared to invest $126 million in three more commercial corridors, two in Humboldt Park and one in South Shore.

That brought the total investment from Invest South/West to $1.4 billion in investments. That includes public works by various agencies and $575 million in corporate and philanthropic pledges. 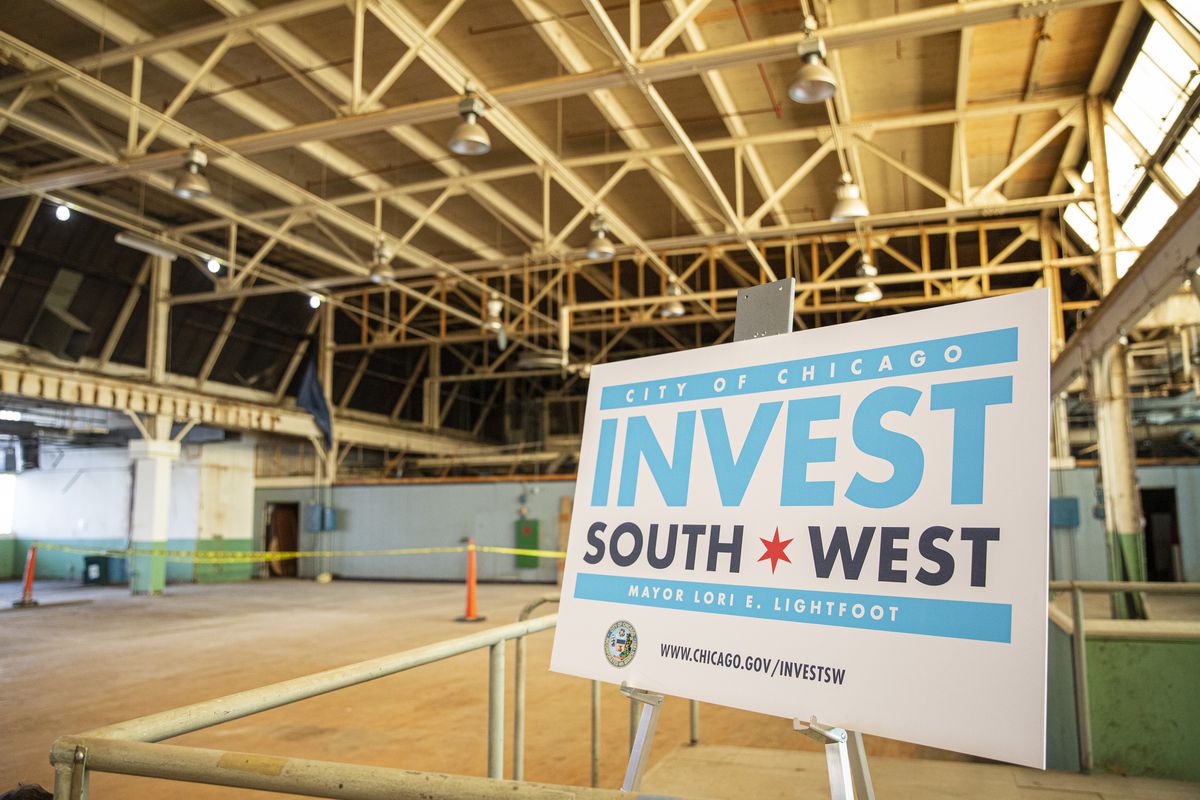 The Terminal, an office space project in Humboldt Park, is among the projects receiving money through Mayor Lori Lightfoot’s Invest South/West program.

Lightfoot pushed through a Northwest Side zoning change that struck a blow to both segregation in Chicago and aldermanic prerogative over zoning, long used to perpetuate segregation.

She forged compromises to rename Lake Shore Drive, impose a midnight curfew on citywide liquor sales and shave up to two months off the 150-day wait for business permits, signs and awnings by ending the long-standing practice of requiring a separate ordinance for each public way permit.

She won a sometimes ugly standoff with police unions over her mandate that city employees report their vaccination status and get fully vaccinated by year’s end. 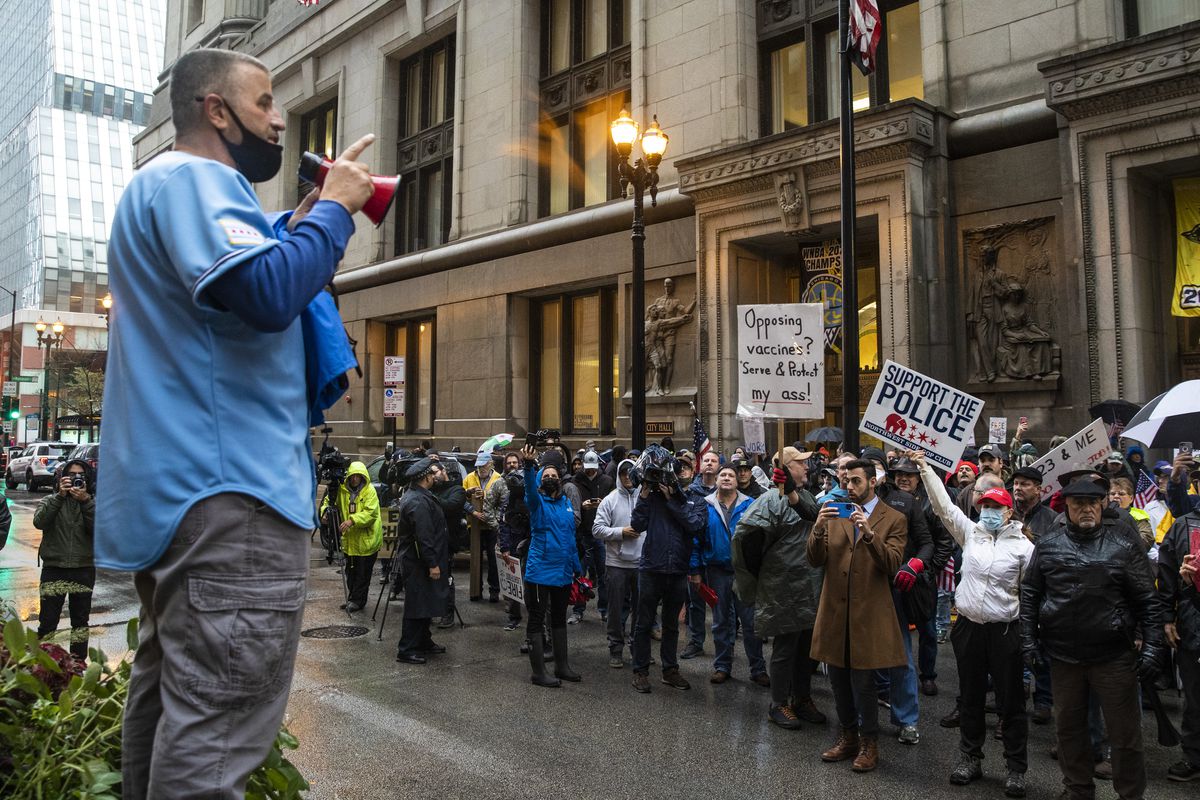 Fraternal Order of Police Lodge 7 President John Catanzara addresses a group of union protesters and their supporters outside City Hall in October, as they rally against a requirement that police, like all other city employees, get the COVID-19 vaccine.

And her political nemesis, Fraternal Order of Police President John Catanzara, resigned from the department to avoid being fired by the Police Board. He then declared his intention to launch a mayoral campaign against Lightfoot — a contest the mayor relishes.

All in all, 2021 has been a year of highs and lows for Lori Lightfoot.

She found a new, yet homegrown schools CEO — albeit not an educator — in Pedro Martinez, a choice that appeased a Latino Caucus that had been complaining about a shortage of Hispanics in leadership positions.

She finally managed to deliver on a few more of her progressive campaign promises.

But she also burnished her unflattering reputation as a thin-skinned finger-pointer — more inclined to play the blame game than to be the even-keeled, collaborative leader Chicago needs to solve its most intransigent problems. 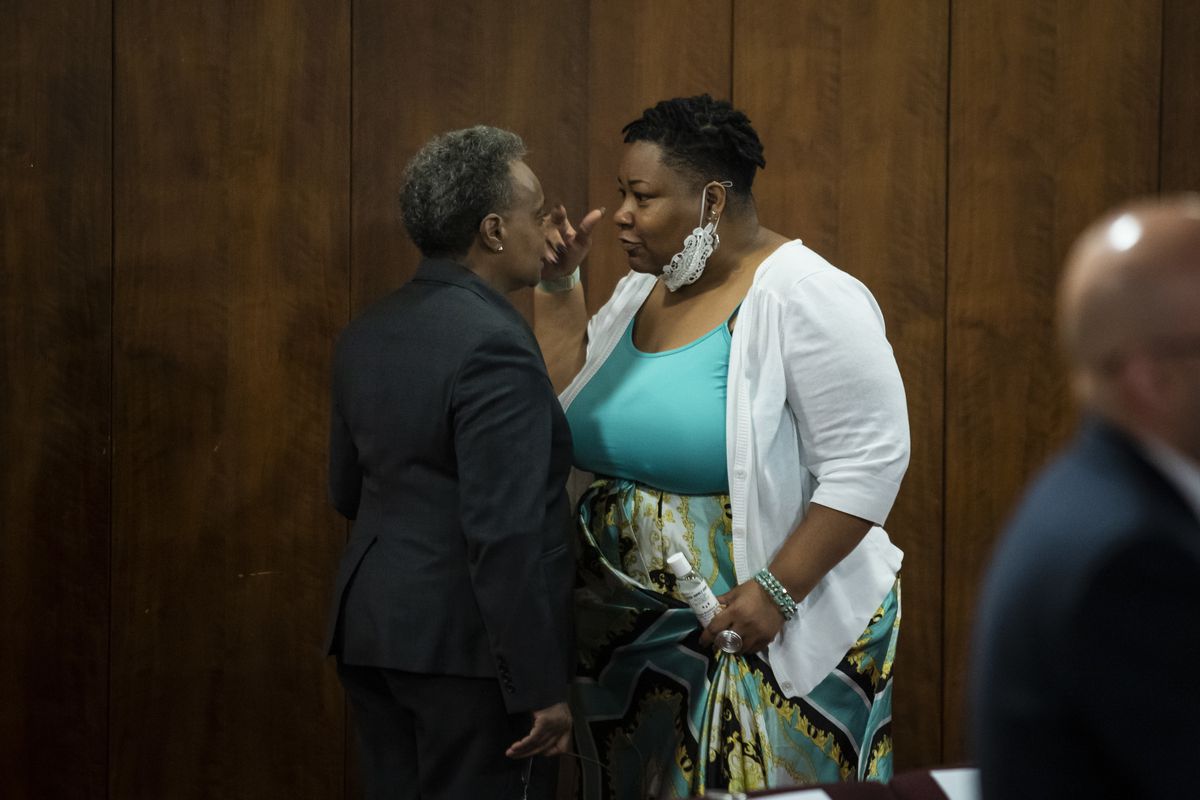 A confrontation between Mayor Lori Lightfoot and Ald. Jeanette Taylor (20th) at a Chicago City Council meeting in June.

As the year drew to a close, Lightfoot tried to convince Chicago residents, visitors and business leaders that she was laser-focused on the one issue that poses the greatest threat to her re-election prospects: Chicago’s unrelenting “pandemic” of violent crime.

Although she claimed to have been “aggressively executing on a comprehensive plan,” Lightfoot acknowledged Chicago will “end the year far short of the expectation that we all had when the year began.”

“That is a great disappointment to me personally, the superintendent and all involved. No excuses. We must do better,” she said.

“We have taken stock, analyzed the data and will be making the necessary changes going into the new year. … None of us will rest until we bring peace to our city.”

If, when and how Lightfoot delivers on that promise will go a long way toward determining whether Chicago’s first African American woman mayor — and the first to be openly gay — is a one-termer or a transformative political leader with staying power. 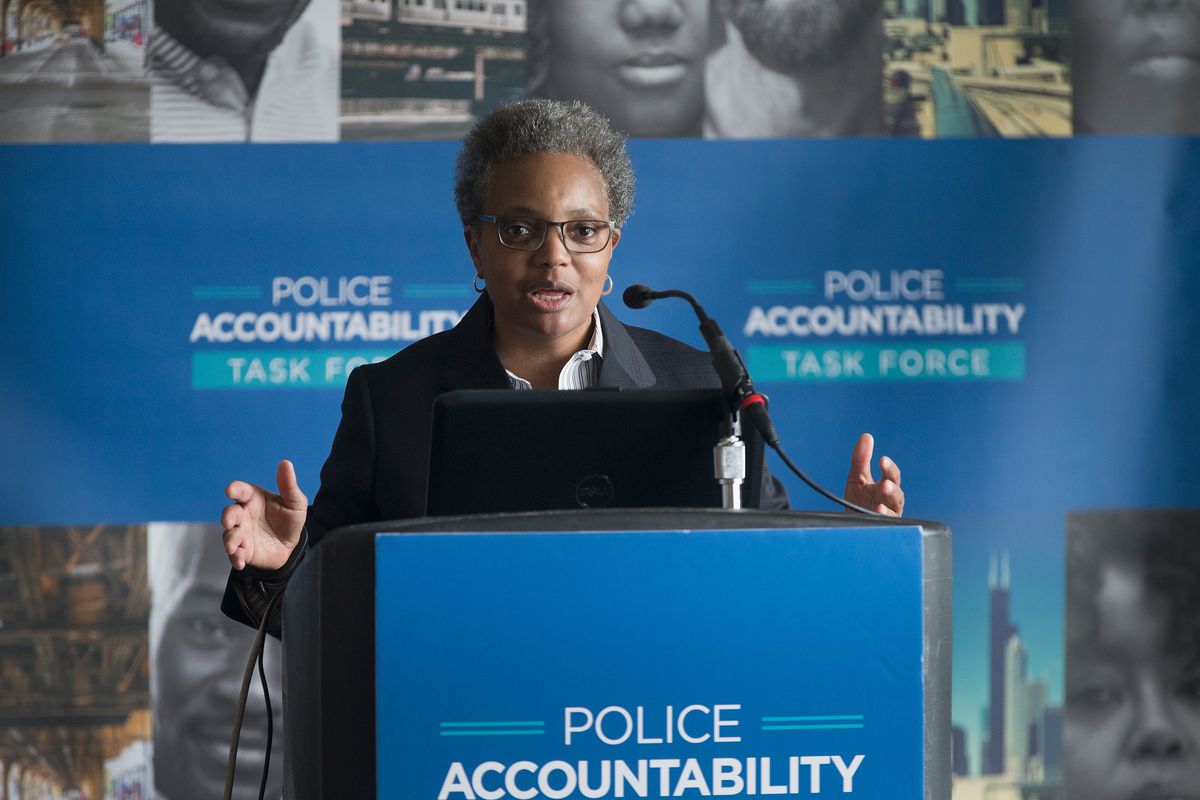 In 2016, as chair of the Chicago Police Board, Lori Lightfoot delivered the findings of the Police Accountability Task Force. As mayor, however, Lightfoot has fallen short on police reform, some say.