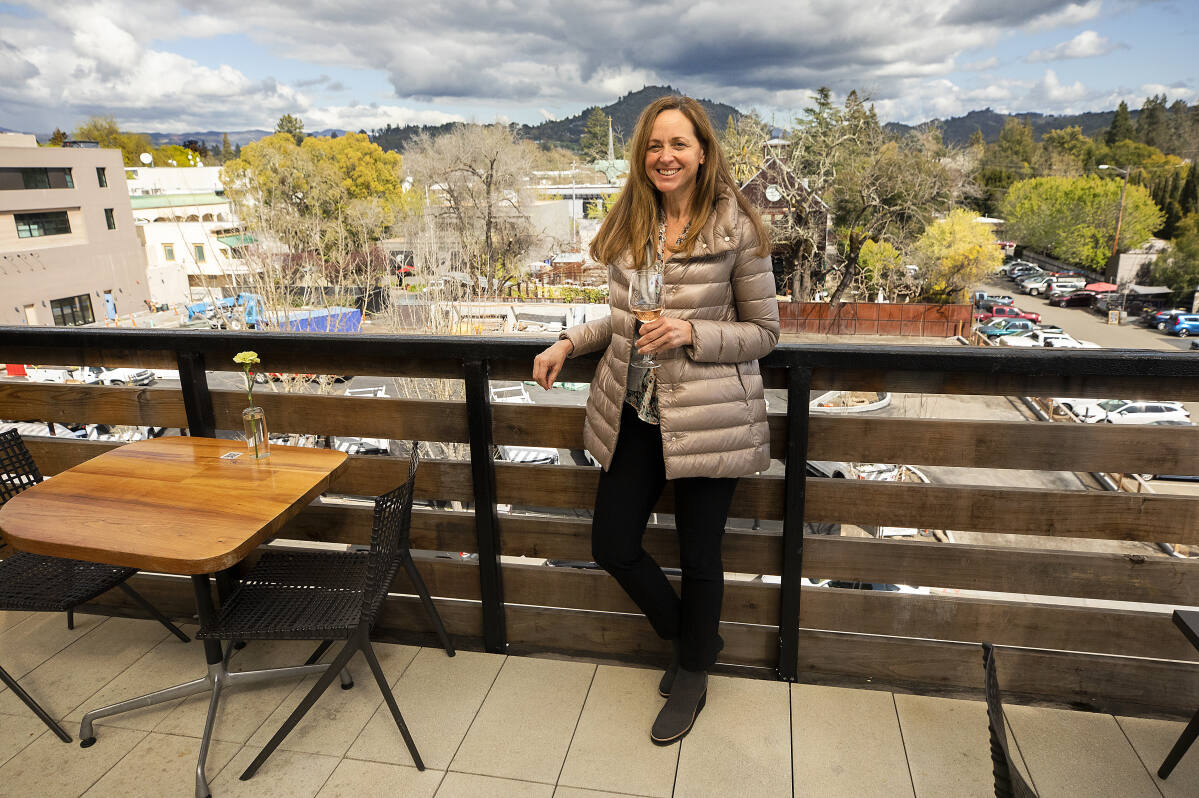 Nearly 60 developers, architects and investors from more than 20 states concluded a three-day Healdsburg conference Thursday which examined several Sonoma County projects and their part in a movement to “Build Small,” aimed at allowing communities and developers to develop projects with greater community consensus that also keep “a sense of place” while attracting visitors.

A real estate developer, landscape architect and a founding partner of the CraftWork co-working enterprise space in Healdsburg, he is also the author of “Building Small,” a toolkit for those wanting to capture and retain the unique character of their downtown areas while navigating the planning process for incremental development on a smaller scale.

“Residents of Healdsburg and Sebastopol, along with many other small to medium-size towns in California and the U.S., cherish their mom-and-pop and sole proprietorships along with the look and feel of legacy buildings with smaller footprints in core areas without big box stores or franchise chains. This build-small objective has become part of their community culture and DNA, while also establishing a sense of place that attracts locals and tourists seeking unique stays, dining, shopping and wine country experiences,” Heid said.

During a panel discussion to discuss whether incremental development can preserve small town character while building economic resilience, Eric Ziedrich, owner of the Healdsburg Lumber Company and founder/developer of the Caboose coffee shop, said, “It is vital to maintain good relations with city officials. In the past the city sometimes wanted us to pay fees ranging from 5 to 6 digits for traffic or water utilization studies that we felt were way out of line with our financial realities. Educating them – without lecturing — on the economics of our business is as essential as it is for us to hear their concerns.”

He said business owners and investors have should engage in an ongoing dialogue early in the planning and consultation stage for any new development, and then participate in workshops and public meetings with large groups and individuals and get to know elected leaders by meeting with them over a meal to share ideas and viewpoints on various development positions and related topics.

Will Seppi, president and CEO of Costeaux French Bakery, Inc., said, “As chair of the Healdsburg Chamber of Commerce Board, I worked with our members to launch a program that continues to inform civic leaders about how the business sector works to create better understand and a greater willingness to hear our thoughts on development issues as we work together to build centers of community life.”

Patrice Frey, president of the National Main Street Center (NMSC), noted that, “Most urban investors are more willing to spend hundreds of millions on a single development deal in a big city so they can achieve a higher rate of return, but are usually not willing invest similar amounts spread over 100 or more smaller projects in less populated areas.”

Large scale investment dollars are not always available from banks for small developments, meaning small project developers may have to use personal and private capital, family funds, form a local investment partnership, or apply for a line of credit, which is often a much easier way to build than with a construction loan, according to Architect Alan Cohen, who designed the 205 Center Street live/work downtown project in Healdsburg.

The Center Street property has a 1,350 SF 3-story townhouse, an attached 2-story office/gallery, a detached shop, and an art studio above connected by a second story enclosed skyway to the residence. This building was converted from an old metal warehouse and provides its work-from-home owner without a commute with a substantially reduced carbon footprint, according to Cohen.

The emerging Mill District and the completed Hotel Healdsburg (56 rooms), H2Hotel (36 rooms) and the Harmon Guest House (39 rooms) were highlighted in another case study, as well as The Barlow market district in Sebastopol, which is an adaptive reuse of a former cannery production facility transformed into industrial space and a food/wine retail hub.

Rather than build one large hotel with several hundred rooms, designers for a series of new Healdsburg hotel properties were led by Piazza Hospitality Group Founder Paul Petrone along with Development and Marketing Director Circe Sher of this firm specializing in the ownership, development and management of hotels, restaurants and spas in premier locations. They worked closely with architect David Becker and Brett Jones to achieve their vision.