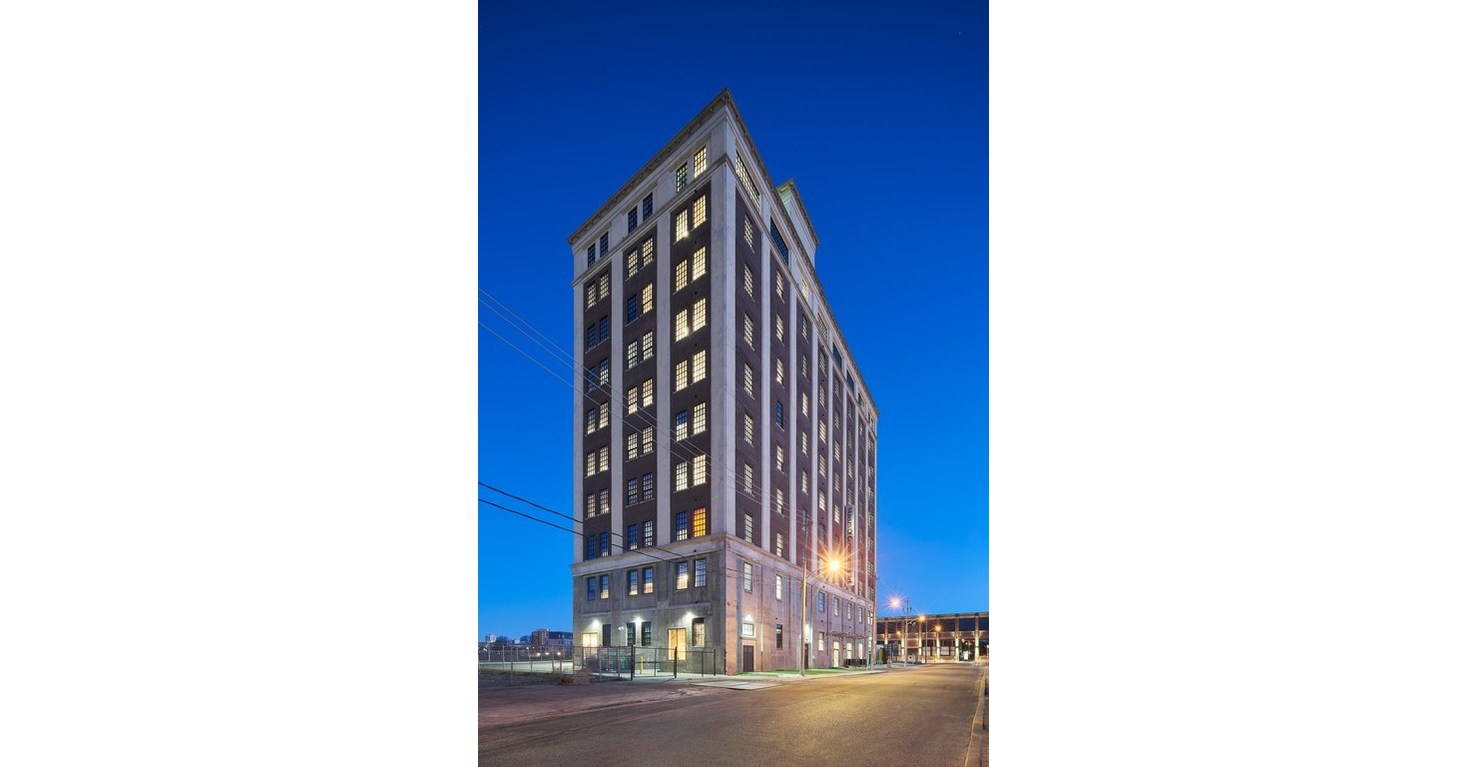 “This site required a unique series of collaborations to invigorate Toronto’s Junction Triangle,” said Alfredo Romano, president of values-based developer Castlepoint Numa Inc. “These collaborations have brought a renewed and palpable energy to the Auto BLDG and the surrounding community for which it serves as an anchor.”

“It was a privilege working with Castlepoint Numa to revitalize this local landmark, and add new cultural and employment uses to a site that had been dormant for a decade,” said Adam Feldmann, founding member of Toronto’s architectsAlliance, when receiving the Brownie, Nov. 23, 2021, at a gala dinner in downtown Toronto. “The rebirth of Auto BLDG has laid the groundwork for a transformation of the Lower Junction, with more housing, employment and public spaces in its future.”

In conferring the Rebuild Brownie on Castlepoint’s Auto BLDG and the consulting team led by architectsAlliance, the Canadian Brownfields Network (CBN) noted that Auto BLDG “serves as a model for other architects and developers for preserving employment land and significant heritage assets.” It specifically commended the team for revitalizing Auto BLDG in a manner that is “complementary and sympathetic to the building’s original use and character” and for taking pains to restore “significantly contaminated soil.”

“The Rebuild category is one of the most competitive and challenging because of the high number of nominations it typically receives, which was the case this year as well,” said Chris De Sousa, chair of the CBN Brownie Committee and a professor at Ryerson University’s School of Urban and Regional Planning.

As part of its restoration of Auto BLDG, in 2020 Castlepoint Auto BLDG Inc. acquired and protected a 400-acre forest north of Toronto that offsets 8,000 tonnes of carbon dioxide (CO2) per year.

About Castlepoint Numa Inc.Castlepoint Numa is a leader in the property development industry across the Greater Toronto Area and select markets in the United States with 5.5 million sq. ft. of development currently in the pipeline. It is a values based real estate development company with expertise in heritage preservation and adaptive re-use, brownfield reclamation and the regeneration of large urban development sites. The Castlepoint Group was founded in 1988. For further information, castlepointnuma.com

About Canadian Brownfields Network (CBN)The CBN is a not-for-profit national network for brownfield practitioners and stakeholders. The Canadian Brownfield Awards (Brownies) honour excellence in the rehabilitation of brownfield sites that were once contaminated, under-utilized and undeveloped into productive residential and commercial projects that contribute to the growth of healthy communities across Canada. Winners are selected in seven categories including program initiatives, technological innovation and public engagement. For more information, canadianbrownfieldsnetwork.ca