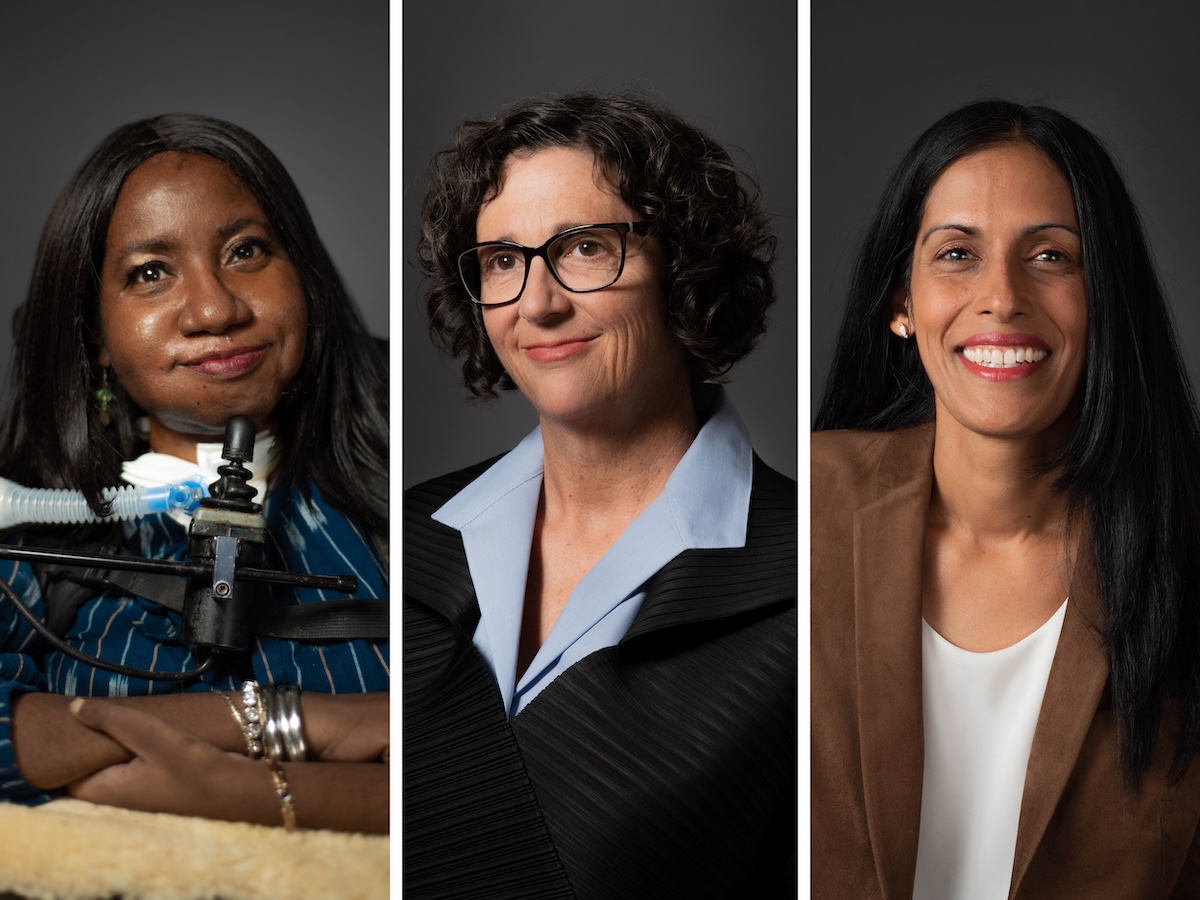 City Council District 1 covers blocks of San Pablo Avenue where developers are planning new apartments, neighborhoods mainly made up of single-family homes that could soon see more multi-unit housing and one of the city’s largest communities of unhoused residents living in RVs.

No topic has divided opinion in the district as prominently, though, as the effort to build housing at the North Berkeley BART station. And a zoning decision for the project earlier this year has emerged as a point of frustration for Kesarwani’s critics.

Elisa Mikiten, the chair of Berkeley’s Planning Commission and one of the candidates vying to represent District 1, has criticized Kesarwani for not taking a public stance on a key question in that process — what height limit the city should set for housing at the property — ahead of a council vote on the issue in June.

Advocates for greater housing density had pushed for the city to set a 12-story height limit at the site. Others who contended a high-rise would be inappropriate for the neighborhood called for a seven-story cap, the lowest limit Berkeley can impose under a state law for housing at BART stations.

Kesarwani and the rest of the City Council voted unanimously to adopt the seven-story limit.

But Mikiten, who stridently opposed the 12-story option when it came before the Planning Commission in the spring and has made her support for the seven-story limit a key part of her campaign messaging, argues Kesarwani left residents in the dark about where she stood as the vote approached.

“It’s insane that the community waited three-and-a-half years to find out what their councilmember’s position was,” Mikiten said. “I just don’t call that leadership.”

Kesarwani says she didn’t reveal her stance on the height limit because she was still taking community input on the issue and negotiating with BART officials on a memorandum of agreement for the development.

“I was trying to deliver what was best for our neighborhood, and to do that I had to keep my cards close to my chest,” she said.

While she didn’t state a position on the height limit, Kesarwani said she sought to help residents better understand the process by sending detailed newsletters explaining how state housing laws and local zoning were shaping the BART development.

“I stand by my actions and what I’ve said and my record, which I think is very clear: I built the consensus on the City Council for the zoning of seven stories,” she said.

As plans for the project move forward, Mikiten said she would use money the city has earmarked for affordable housing at the site as leverage to ensure its developer doesn’t take advantage of a “density bonus.” That provision of state housing law allows certain projects to exceed local zoning limits, and could open the door for a taller project at the BART station.

“When you’re investing $53 million in a project, you can make requirements,” Mikiten said.

Kesarwani contends the agreement she negotiated with BART would block a density bonus — one of its provisions is that the transit system will enforce Berkeley’s seven-story limit so long as the city meets state-mandated density standards and deadlines for approving a design.

Another candidate in the race, holistic health and disability advocate Tamar Michai Freeman, declined to take a position on the height limit, but said she wants all of the housing built at the station to be affordable.

In making her re-election pitch, Kesarwani has sought to highlight recent investments in West Berkeley — including $15 million in state funding to repair the Berkeley Marina and money from California’s Project Homekey, which helped the city acquire the Golden Bear Hotel as a new site for supportive housing. She also notes her work to clear the large encampments that once occupied the fringes of Interstate 80, while offering transitional housing for their residents at the West Berkeley Horizon Shelter.

“I hope the voters will recognize my ability to deliver on my promises,” Kesarwani said.

Mikiten, an affordable housing planner who co-founded the firm Mikiten Architecture, has picked up endorsements from Councilmembers Sophie Hahn and Kate Harrison.

In her time on the council, Kesarwani has backed changes that aim to spur more housing construction throughout Berkeley, such as eliminating parking minimums for new development and launching a planning process to allow for more density in residential neighborhoods. She authored a set of regulations that make it easier for homeowners to build backyard cottages and in-law apartments, known as accessory dwelling units, and has called for rezoning major streets in the city’s wealthier neighborhoods to allow for more housing.

“I generally find that people understand that communities change over time, and people are experiencing the negative repercussions of high housing costs,” Kesarwani said. “I think people are looking for real solutions.”

Freeman criticized Kesarwani’s approach to housing, arguing she has not been responsive enough to neighbors’ concerns about what Freeman called “out of scale” new development in the district.

“The voices of people have to be listened to, and they have to have meaningful impact,” Freeman said. “My neighbors … don’t feel represented.”

A raft of state legislation approved over the past several years in response to California’s housing crisis has limited the power existing residents in Berkeley and other cities have to block or scale down projects they oppose. Those laws have helped expedite development plans in District 1, which in some cases has led to friction with neighbors.

Supporters of the changes contend the laws have been needed to curb the power local governments too often used to reject new housing. According to Freeman, though, the process has swung “to the opposite extreme” and now disregards appropriate input from neighbors.

Both Kesarwani and Mikiten have said they support California’s crop of new housing laws.

But she also writes on her website that Berkeley does not need to “radically upzone our residential neighborhoods” to meet its housing goals and points to the prospect of a high-rise development at the BART station as an example. Mikiten further expressed skepticism that new market-rate apartments will bring relief to residents struggling with housing costs.

“Our response has to be so much more creative than just a simple cry for supply,” Mikiten said. “Supply alone is never going to bring prices down, because developers are not going to build past the point of diminishing returns on their own investment.”

She and Freeman have endorsed Measure M, a tax on houses and apartments that are left vacant, which aims to discourage speculation and push more housing onto the market. Kesarwani described herself as “agnostic” about the measure and said she has not yet decided whether she will vote for it, citing concerns about how effective it will be in providing tax revenue or pushing owners to rent or sell their properties.

Plans for RVs, streets and policing

Kesarwani and Mikiten both support Measure L, the $650 million bond measure that would raise money for street paving, affordable housing and infrastructure projects. Kesarwani noted her support for this year’s city budget, which increased road maintenance funding. Freeman said she was still reviewing the bond measure to decide whether she will support it.

All three candidates agree that the city should find a new authorized parking site for residents who live in RVs, many of whom park in West Berkeley.

“It is a high priority of mine to identify an alternative site,” Kesarwani said.

Both she and Mikiten said they support the city enforcing a rule requiring vehicles that are parked on city streets to move every 72 hours.

“We all understand how it is that people need to live in RVs, but some individual businesses … have been severely impacted,” Mikiten said. “That needs to be a managed situation.”

“I will not double down on cruel inhumane acts that cause more trauma and do not help to create housing solutions,” she said. “People living in RV’s are Berkeley residents too. They deserve respect.”

Freeman also charged that Kesarwani and the City Council have not delivered on changes to policing that residents called for during the racial justice protests of 2020.

“People wanted to go back to a status quo that was dysfunctional,” Freeman said.

Mikiten said she welcomes the city’s “reimagining public safety” initiatives and cited her work on Berkeley’s Police Review Commission, which included changes to the BPD use of force policy and limits on the use of no-knock search warrants.

“I am willing to embrace reform that increases equity and provides safety,” she said.

Kesarwani was one of two councilmembers who voted against a package of new programs and positions earlier this year that aimed to explore more alternatives to traditional law enforcement — including a new Department of Community Safety and a plan to divert more types of calls for service away from police. She had supported a similar but more narrowly tailored set of reforms, citing concerns about the cost of the new programs the council approved.

“I think we have done a significant amount to pursue fair and impartial policing, and I think we also have to be cautious,” Kesarwani said, “because if we have too many proposals that we are piloting at once, we are risking putting ourself on a fiscally unsustainable path.”

The deadline to register to vote online or by mail in Alameda County is Oct. 24, and the election is Tuesday, Nov. 8. We put together a guide to the essentials of how to register and vote, what’s on the ballot, voters’ rights and more.

Here are some other helpful election resources: