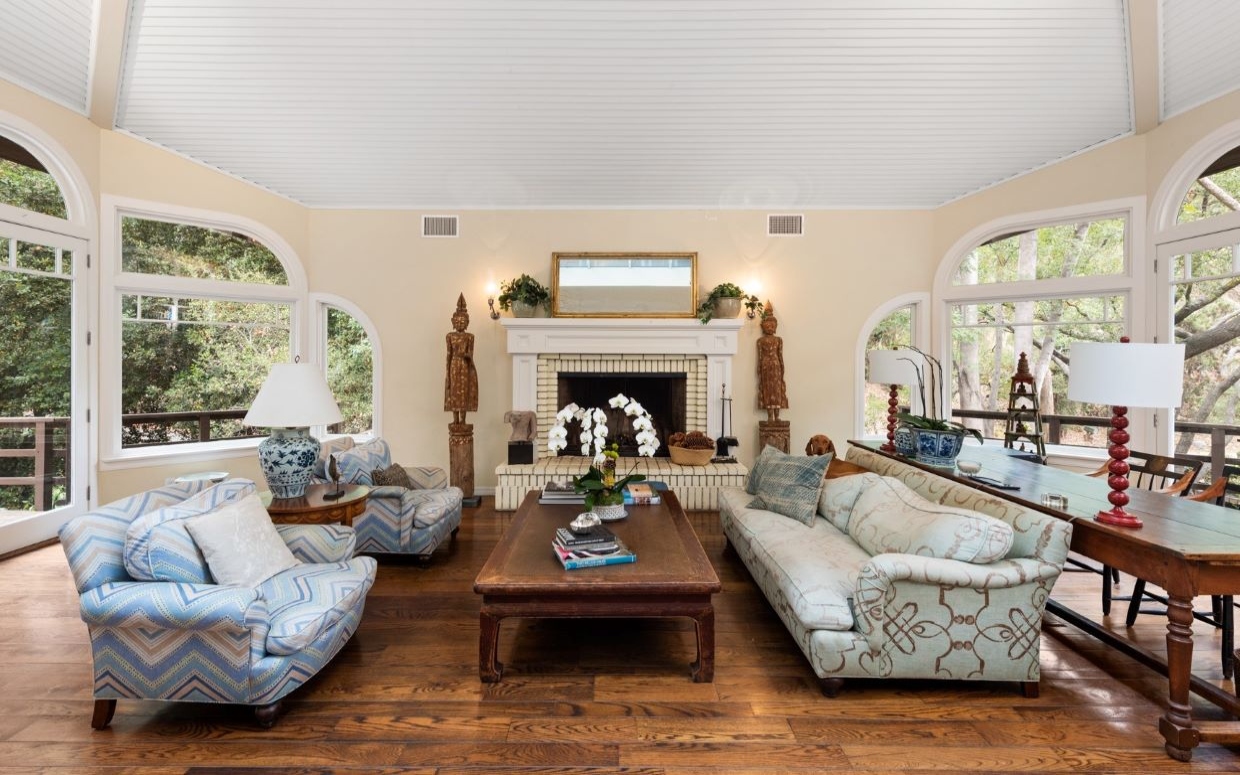 Arnold Schwarzenegger and Maria Shriver separated in 2011 and then divorced following the scandal where it was revealed that Schwarzenegger had fathered a child with a maid at the couple’s home. Now that house is for sale for $11 million, according to toptenrealestatedeals.com.

The 1-3/4-acre property resides in an exclusive area of Los Angeles, located on a private country lane between Will Rogers Historic Park and Rustic Canyon Creek.

The 4,100-square foot home, a mixture of New England and California-contemporary, was built in 1981. It boasts five bedrooms and six bathrooms, a sauna, three fireplaces, a comfortable kitchen, and an adjoining family room.

The outdoors includes a spa, grotto-style pool and a lighted tennis court. In addition, the neighborhood is equestrian zoned with a meandering, picturesque creek and several riding and hiking trails.

The home is being sold by its current owners, attorney and author Maxwell Kennedy, who is the son of Robert and Ethel Kennedy and therefore Shriver’s cousin, and his wife, Vicki Strauss Kennedy. Shriver’s mother Eunice Kennedy Shriver was sister to Robert. The Kennedys purchased the property in 2013 for $12.9 million, keeping it in the family, so to speak.

Related: Maria Shriver Says ‘You Have to Show up for Your Family in Order to Be in It’

Schwarzenegger will next be seen playing The President in the martial arts comedy film Kung Fury 2; while Shriver is currently a special anchor and correspondent for NBC News.

Billy Rose and Santiago Arana of The Agency are handling the sale.

Next, See Inside the Luxury Farmhouse Outlander Star Sam Heughan Purchased Outside Glasgow