Analysis-Investors look under the radar for winners from U.S. infrastructure bill 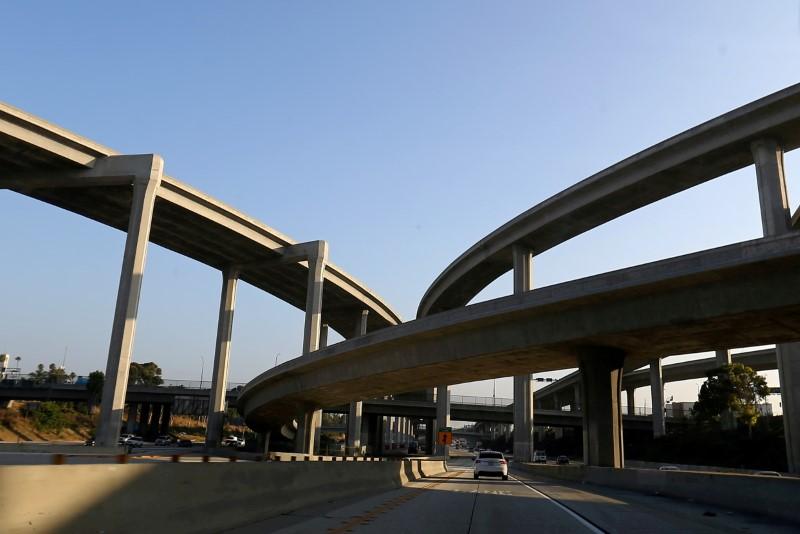 NEW YORK (Reuters) – Investors are ramping up the search for stocks that could benefit from a potential splurge in infrastructure spending, as a $1 trillion bipartisan bill here clears the Senate and heads to Congress later this year.

Money managers snapping up shares of companies expected to benefit from infrastructure spending have already helped push up the S&P 500’s materials and industrial sectors, which have both gained around 18% year-to-date, broadly in line with the benchmark index.

Some, however, are digging deeper and delving in to areas such as certain real estate investment trusts and utilities in the search for undervalued companies that may benefit if the bill gets passed. The infrastructure package, which aims to provide the nation’s biggest investment in decades in roads, bridges, airports and waterways, secured enough votes in the Senate on Tuesday and will head to Congress in the fall.

“There’s going to be a lot of spending in areas that people don’t necessarily associate with infrastructure,” said Scott Helfstein, head of Thematic Investing at ProShares.

The search to unearth more beneficiaries of the infrastructure bill is among the latest examples of how investors are diversifying their portfolios as stocks continue grinding higher despite worries over stretched valuations, a resurgence of COVID-19 and a looming unwind of the Federal Reserve’s easy money policies.

The S&P, which made a fresh record on Tuesday, has nearly doubled from its March 2020 low and is trading at 21.3 times forward 12-month earnings estimates, compared with its historical average of 15.4 times, according to Refinitiv Datastream.

Helfstein said his firm has been increasing its bets on real estate investment trusts that own ports and cell phone towers, such as Crown Castle International Corp, which he believes will benefit from the infrastructure bill. Crown Castle’s shares are up nearly 20% this year, while the S&P U.S. Real Estate REIT Index is up around 25%. He also owns shares of natural gas companies, which he expects to benefit from expanded electrification, including Williams Companies Inc.

John Mowrey, chief investment officer at NFJ Investment Group, has been adding to companies such as railroad operator Norfolk Southern Corp, whose shares are up just 9% for the year, betting the company’s revenue will increase significantly as construction materials are shipped across the country. The company’s price to earnings ratio stands near a 52-week low.

He is also buying shares of companies like utility American Water Works Company Inc because of its expected benefits from the infrastructure bill.

“They are getting the chance to update their systems from public spending as opposed to having to fund it all internally,” he said.

The $1 trillion bill includes $550 billion in new spending on items ranging from bridges to improving broadband access. The Senate is expected to begin debate on a $3.5 trillion reconciliation bill here that includes additional Democratic priorities such as spending on climate resilience and electric vehicles.

With more potential spending on the horizon, investors have been moving broadly into infrastructure plays such as the iShares U.S. Infrastructure Exchange Traded Fund, which has seen positive inflows for five of the last six weeks, including a record $51 million for the week that ended July 7, according to Lipper data.

Still, some remain cautious over adding to new infrastructure positions across the board, given the market’s stretched valuations and worries that the Fed may signal an earlier-than-expected taper of its supportive policies in coming weeks, potentially creating turbulence in asset prices.

James has still made some changes, however, adding to positions in companies like FedEx Corp and e-commerce plays such as Amazon.com Inc in anticipation that the infrastructure bill will improve delivery times for items that travel by highway.

“We think we have passed peak earnings for the market but this bill could give some companies another catalyst,” he said.