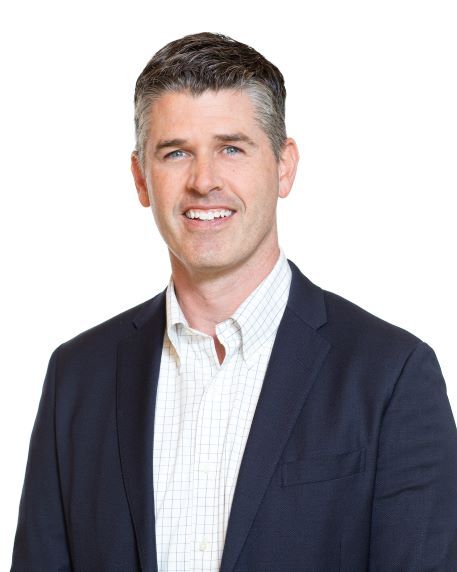 The acquisition of Duke Realty by industrial real estate giant Prologis created an opportunity for CRG to hire Duke’s lone acquisitions team as the development firm looks to invest about $2 billion in existing warehouses throughout the country.

After Duke’s sale was completed this week, the three-person team of Mark Crawford, Joe Hawkins and Isaac Lau joined the Chicago-based firm.

CRG, an affiliate of construction firm Clayco, has expanded its industrial portfolio to 20 million square feet in recent years, all by development, according to President Shawn Clark. The firm has been looking to grow through the acquisition of existing logistics properties while continuing to develop properties under its industrial brand, called The Cubes.

Crawford, Hawkins and Lau come to CRG after their former real estate investment trust Duke’s all-stock sale to Prologis. It was valued at about $23 billion — down from $26 billion when the deal was announced in June, after months of rising interest rates, inflation and concerns about a potential recession.

Economic concerns have pushed down property sales in recent months, causing deals throughout the country to be priced lower or pulled from the market. Completed sales are at a higher capitalization rate than similar deals as falling values mean higher rates of return.

“The timing was perfect,” Clark told CoStar News. “CRG has always been opportunistic. This is top-tier talent with deep knowledge of the industry, and they’re strategic thinkers.

“We’re in a really interesting time in the market where we have rising construction costs, rising interest rates and rising land costs, while at the same time we have cap rate expansion and a compression of real estate values. There is a unique opportunity to acquire properties at a lower basis point than we could have in the near past and still capture the rent growth that’s in the market.”

Clark said he’s kept in touch with Crawford ever since CRG’s $221 million sale of its Cubes at DuPont development near Seattle to Duke in December 2020, often comparing notes on market conditions.

CRG previously filled leaderships roles for its offices in the Philadelphia and Los Angeles areas on the heels of another big Prologis acquisition, hiring DCT Industrial employees after San Francisco-based Prologis paid $8.5 billion for that company in 2018.

“When I heard about Prologis’ deal for Duke, I knew there’s been a track record of great talent spreading out to other organizations in those situations,” Clark said. “We just got really lucky with the timing.”

Crawford, former senior vice president and head of acquisitions at Indianapolis-based Duke, helped lead the firm’s transformation from a multiproperty investor into a pure-play industrial REIT, with about 160 million square feet of warehouses across 19 logistics markets. He worked 16 years for Duke, according to CRG.

Hawkins, who joined Duke in 2011, was senior vice president of legal and deputy general counsel at the REIT. He was involved in about 150 acquisitions and developments that helped build Duke’s West Coast portfolio from less than 5 million square feet to almost 30 million, according to CRG.

Lau, who has a background in real estate investments and investment banking, joined Duke last year.

Crawford and Hawkins will split time between CRG’s newly created Indianapolis office and the Chicago headquarters. Lau, formerly Duke’s vice president of acquisitions, will be based in CRG’s office near Los Angeles.

“Over the last few years, I’ve witnessed CRG’s growth as a national logistics platform developing some of the highest-quality assets in high-barrier-to-entry markets,” Crawford said in a statement. “I was excited by the prospect of combining our investment expertise with CRG’s national platform. Their team’s entrepreneurial spirit, culture and long-term vision are inspiring, and we look forward to creating value for CRG’s investors.”

The firm is active in key industrial markets such as Southern California, Chicago, Atlanta and the Pacific Northwest. The new hires could help CRG expand in other areas, such as South Florida, central New Jersey and Dallas, Clark said.

Led by the new acquisitions team, CRG expects to invest about $2 billion buying existing logistics facilities over the next two to three years, Clark said.

The firm wants to make money as other investors retreat from a shaky economic market, Clark said, while hedging its risk by focusing intensely on markets with a high barrier to entry, such as along ports or in the most densely populated cities.

“Despite some of the challenges, we are seeing strong user demand in most of the markets we’re in,” Clark said. “Tenants are still signing leases. We’re closely watching what’s happening in the global economy, but we’re still bullish on industrial real estate for well over the next decade.”